The princess wore one of Queen Elizabeth’s old Norman Hartnell gowns and borrowed the Queen Mary Diamond Fringe Tiara for her wedding to Edoardo Mapelli Mozzi in a behind-closed-doors ceremony at Windsor on Friday.

Princess Beatrice and Edoardo Mapelli Mozzi leaving The Royal Chapel of All Saints at Royal Lodge, Windsor after their wedding. (Press Association via AP Images)

LONDON — Princess Beatrice’s wedding was always going to be a low-key affair, what with her father, Prince Andrew, mired in the Jeffrey Epstein scandal, and the COVID-19 crisis putting an end to the original celebration planned for May 28 at St. James’s Palace.

By royal standards, Friday’s wedding was as discreet as it gets: The princess married her Italian beau behind closed doors during a small ceremony at Royal Chapel of All Saints at Royal Lodge Windsor on July 17.

Only a few family members attended, including Prince Andrew, who walked her down the aisle, and her grandfather Prince Philip, who’s been quarantining with Queen Elizabeth at Windsor Castle.

There was no anticipatory guessing game about who would design her dress, no crowds, and just one official photographer.

An unusual — and very telling — official wedding photo, showed the newly married couple pictured with the Queen, Prince Philip and no other family members. In the photo, the couples kept their distance, per the latest government guidelines.

Reflecting the restrained mood of the moment, Beatrice wore a hand-me-down, bejewelled and shimmery Norman Hartnell gown adapted for her by the Queen’s own dresser Angela Kelly and couturier Stewart Parvin. The Queen was pictured in the dress in 1962, attending a performance of “Lawrence of Arabia.”

Kelly and Parvin added organza puff sleeves to the design, and made the skirt less voluminous, more fluid — and more in tune with the times. 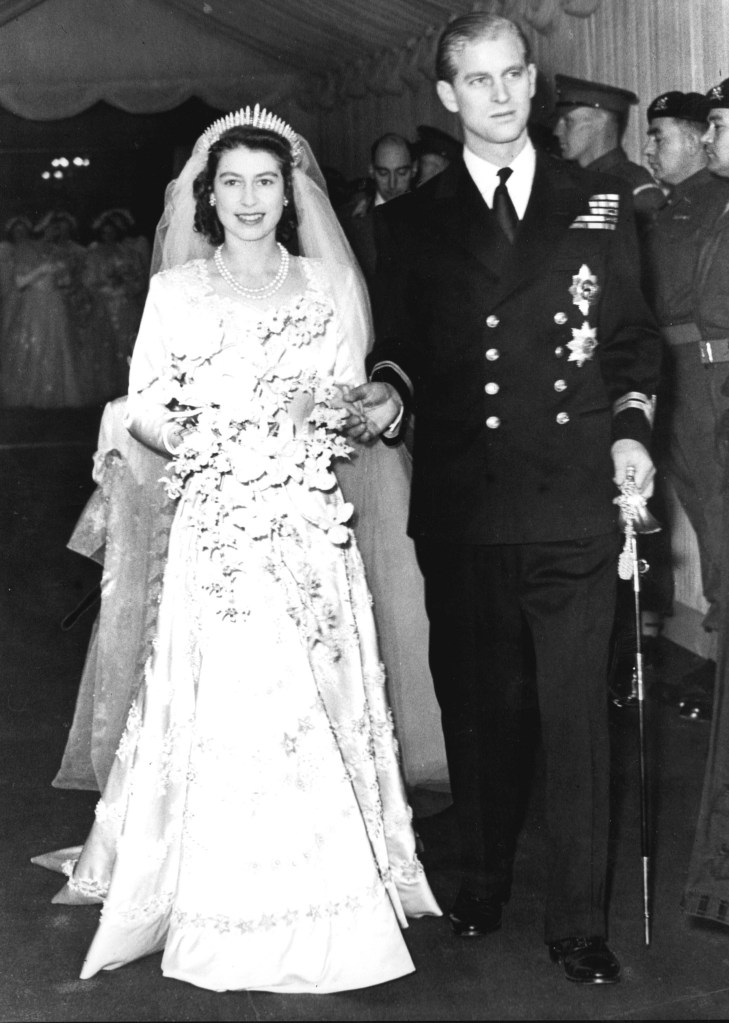 Queen Elizabeth II alongside the Duke of Edinburgh as they leave Westminster Abbey after their marriage ceremony in 1947. The Queen is wearing the same tiara that was worn by Princess Beatrice at her wedding to Edoardo Mapelli Mozzi on Friday. (Press Association via AP Images)  AP

Beatrice also borrowed the famous Queen Mary Diamond Fringe Tiara, the same one that her grandmother wore on her wedding day in 1947.

The tiara was commissioned by Queen Mary in 1919 and given to Queen Elizabeth, the Queen Mother. She loaned it to the then Princess Elizabeth, and to Princess Anne, both of whom wore the tiara on their wedding days. The Queen, who inherited the tiara from her mother, has worn it many times since.

The couple’s wedding rings, like Beatrice’s engagement ring, were designed and made by Shaun Leane. Leane designed Beatrice’s platinum and diamond wedding band to sit on top of the engagement ring, and said it was filled with “personal and sentimental signifiers for the couple, and unique to them.” 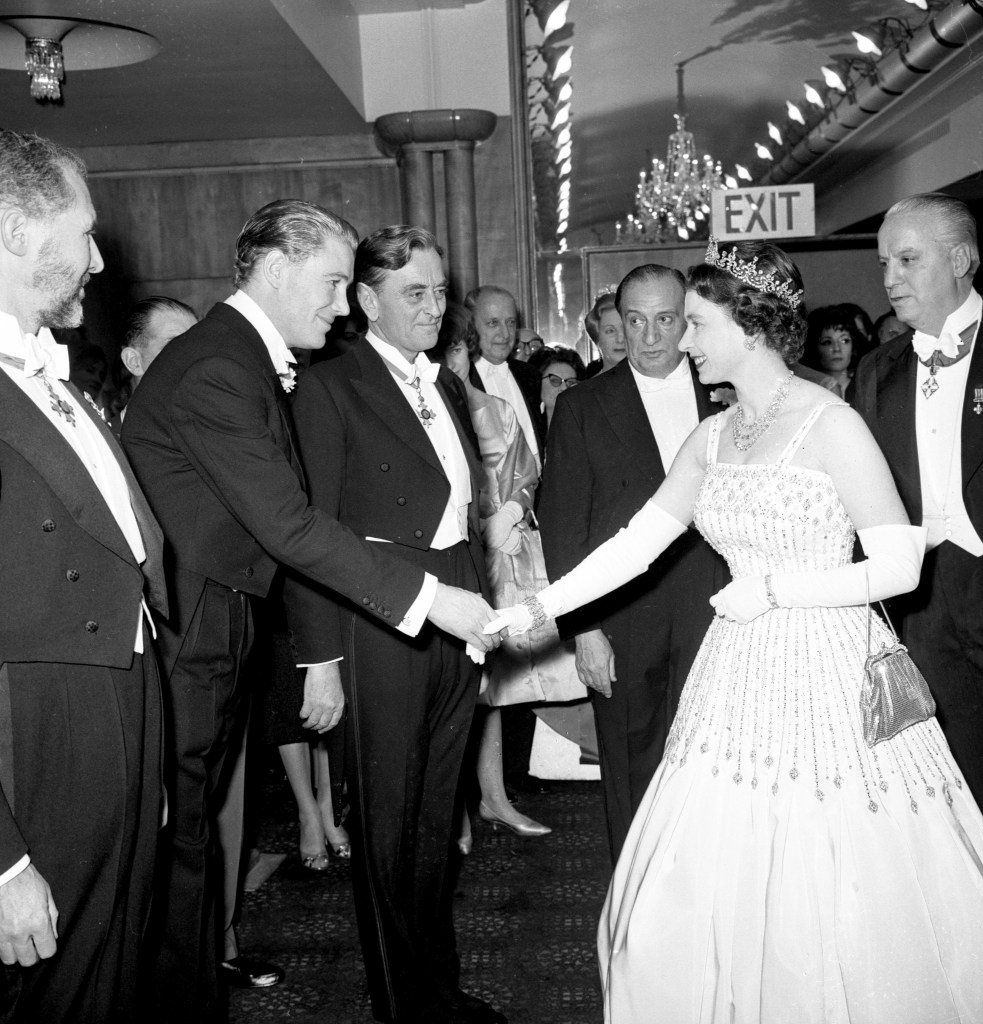 Queen Elizabeth II arriving at the Odeon, Leicester Square, London for the world charity premiere of the film “Lawrence of Arabia” in 1962. The Queen is wearing the same Peau De Soie taffeta dress by Norman Hartnell that was worn by Princess Beatrice at her wedding to Edoardo Mapelli Mozzi on Friday. (Press Association via AP Images)  AP

The wedding photo was reflective of the times, and of Beatrice’s very particular family situation. Usually, these royal wedding photos show the couple with both sets of family members, siblings and the wedding party.

Not this one: Due to his alleged knowledge of the late Epstein’s affairs, and a disastrous interview last November where the prince appeared flip and unrepentant about his relationship with the convicted pedophile, the bride’s father has been asked to step back from royal duties, and is no longer a working member of the family.

Friday may have been all about Beatrice, but it also spoke volumes about the Queen: Once again, the British monarch has stepped up, read the public mood, shown respect for the country — and ensured that Beatrice wasn’t cheated out of her big day.