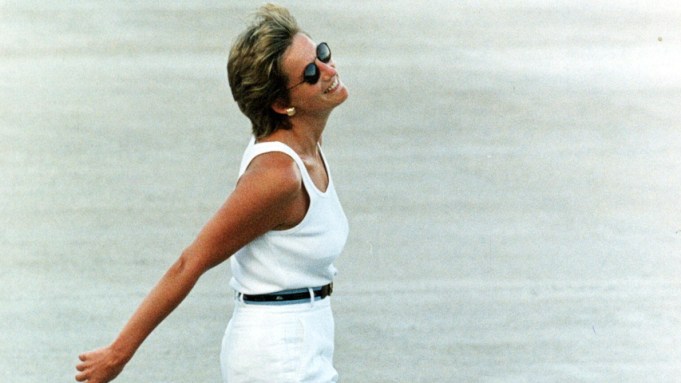 LONDON — It would have been Princess Diana’s 61st birthday on Friday.

A rare oil sketch of the late princess is going up at Masterpiece London Art Fair from Thursday to July 6. The painting by Nelson Shanks, whose subjects have included Bill Clinton, Pope John Paul II and Margaret Thatcher, was sold for $201,600 in January.

Princess Diana still has currency — more than ever before. She’s been the subject of several documentaries, films and books, from being portrayed by Kristen Stewart in Pablo Larraín’s “Spencer” and Elizabeth Debicki’s highly anticipated debut in “The Crown” to becoming a muse for the social media age with dedicated fan pages, such as the Instagram account @ladydirevengelooks, which celebrates Diana’s style.

The introduction of Diana into the British royal family changed the course of the monarchy. She slowly set fire to the antiquated rulebook that advises its members to “never complain, never explain.” What she wasn’t saying out loud was signaled vividly in what she wore.

A new generation is experiencing Diana-mania, but from a different perspective and with a totally new lens. She’s now held in great esteem in comparison to some of the hostility she faced from the tabloids and public during her lifetime.

“Millennials and Gen Z knew her and some of us even vaguely remember her, but I don’t think people were so aware of the rich bounty of outfits we had to look at. She was the most photographed woman in the world, so we have this bizarre ‘Truman Show’ view into her life which tells us such a rich story,” said Eloise Moran, author of “The Lady Di Look Book: What Diana Was Trying to Tell Us Through Her Clothes.”

“She went through so many of the trials and tribulations that regular women face, which makes her so relatable to so many of us, and to new generations — so behind all the outfits there’s a deeper meaning, which so many of us can connect with.”

It was on July 29, 1981 that Diana captured the attention of the world in her ivory silk taffeta wedding dress by Elizabeth and David Emanuel. In retrospect the gown represented the oppression of Diana by the firm. The 25-foot train and 140-meter veil seemed to capture the long journey she would have ahead of her.

“It really made her a style icon and it totally epitomized early ’80s romantic fashion while also playing into that ultra-prettiness of the princess fairytale. Her style evolved hugely after that but from that moment onward, the world was obsessed with what she wore and she fed that obsession,” said Bethan Holt, author of “The Queen: 70 years of Majestic Style” and “The Duchess of Cambridge: A Decade of Modern Royal Style.”

Diana’s fashion metamorphosis was her greatest tactic in becoming a style star. It’s a template that moves with the times and reacts to the wider culture rather than standing firmly in one’s uniform, as most of the royal family have in their country tweeds and British tailoring.

For when she was silenced, she did her public speaking sartorially. “She knew how to manipulate her wardrobe to send messages (which perhaps, the other royals haven’t needed to do in a more modern environment),” said Moran.

Equally, Diana’s daughter in laws use the same approach. When the Duchess of Sussex married Prince Harry, she opted out of a traditional British label for an unexpected high-end choice in Givenchy. The last time Givenchy was worn by a royal was at Edward VIII’s funeral by American outcast Wallis Simpson.

For the Duchess of Cambridge, it’s a long game. “She has always been cautious and didn’t jump into her fashion icon potential early on. Her fashion confidence has come as her place in the family has become more established and important. She and William are the faces of the future monarchy so the duchess is dressing the part and reveling in looking a bit more youthful and exciting,” Holt said.

The legacy of Diana is one that’s on par with Princess Grace of Monaco — two women who shared the same philanthropic values whilst dressing up for the occasion.

“Diana feels as relevant as ever because so much of what she stood for is right for now, whether it’s having fun with your style or speaking out about mental health,” Holt said.