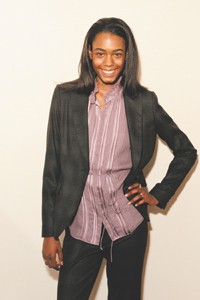 NEW YORK — Looking to correct what some saw as a strategic blunder, Saks Fifth Avenue is making an aggressive return to private label after vacating the business a year ago.

The effort involves a three-pronged approach at the outset to cover lifestyles and fill voids in the merchandising. The private label push, which is expected to affect most, if not all, of the 57 Saks Fifth Avenue full-line stores, is just part of the chain’s revised merchandise strategy under new chief executive officer Stephen Sadove to broaden its appeal, recapture lost customers and sales and return the company to its roots.

“The important thing is they are designed collections, not just items,” said Joseph Boitano, senior vice president and general merchandise manager of women’s and children’s wear at Saks. “This will be a cohesive presentation of product.”

Other merchandise changes are likely to emerge at the $2.7 billion Saks Fifth Avenue soon. Sadove has a revival program with a new merchandising matrix and a “good-better-best” and “classic, modern and contemporary” nine-part grid. The goal is to boost Saks’ operating margins to 8 percent within two to three years, compared with the 2 percent margins it had in 2005.

If executed properly — the best-case scenario is when consumers are unaware the label is developed by the store and view it as a brand — private label merchandise yields higher margins than other merchandise. It doesn’t carry the markups of branded or designer goods and many retailers say private label offers strong value to consumers and an air of exclusivity.

Sadove is also anxious to get units back on track with assortments tailored to local tastes. He believes about 20 branches, including those in places such as Tulsa, Okla.; Birmingham, Ala., and Indianapolis, could contribute greater productivity if changes are implemented. The Fifth Avenue flagship has long delivered a disproportionate amount of the company’s sales, roughly 25 percent.

On the designer front, Boitano acknowledged there will be changes in the presentation as Saks goes through its merchandising overhaul. It’s a matrix that can change quickly in stores. However, Saks remains devoted to a core group of brands that includes Chanel, Armani, Gucci, Prada, Dolce & Gabbana, Oscar de la Renta, Bill Blass, Donna Karan, Michael Kors and St. John, among others.

“We still continue to pursue our core designer businesses,” Boitano said. “We are absolutely looking to develop congruency with designer businesses in our stores, so customers shopping designers from us can find all aspects, from shoes to handbags and ready-to-wear,” from each designer. Saks also has been pushing for more exclusives under designer labels, particularly in rtw, accessories and shoes. Exclusives have included rtw by designer Charles Nolan and shoes from Via Spiga under the Spiga Italia label.

As for private label, Saks has waffled over the years. In its early days, the retailer sold a preponderance of merchandise under the Saks label. Over the decades, that strategy was supplanted by designer and branded merchandise. But as other retailers, notably Federated Department Stores and J.C. Penney Co. Inc., started building private label stables and vertical operations in the Eighties and Nineties, Saks followed suit. Seeing competitors achieve success, Saks launched Real Clothes in 1985, a collection that eventually drew in about $60 million, a source said, and was housed in specially designed in-store shops in Saks. Real Clothes represented opening price points for Saks, priced below Ellen Tracy and Dana Buchman, and was primarily basic and classic casual sportswear, though originally, it was career-driven. However, the line was dropped about a year ago.

“It was not high fashion. This was real clothes for real people, for soccer moms,” said the source, who was close to the business. “There are a lot of customers out there who miss the private label.”

From that emerged other key Saks private labels, such as The Works, which was more career-oriented than Real Clothes. The Works lasted from the late Eighties to the late Nineties, and eventually died along with the diminishing demand for career clothes.

Then there was 548, a contemporary sportswear label that was not very significant in volume. Saks has long sold knits and sweaters under the Saks Fifth Avenue label to capitalize on the cachet of the name.

However, Saks phased out private label over the last two or three years, in favor of selling younger and more designer-oriented luxury goods. A year ago, its in-house private label design team was eliminated, saving Saks substantial infrastructure and marketing expenses.

At the time, Ron Frasch, vice chairman and chief merchant, said: “The discontinuation of our private label brand is consistent with our merchandising strategy, permitting us to focus our resources on unique, upscale merchandise from our most productive designers. In the future, our private label initiatives will be more aligned with this overall vision of the company and will be developed by our internal merchant team in conjunction with our existing trading partners.”

Currently, Saks stores are devoid of any private label with the exception of a small amount of men’s wear, primarily sweaters and furnishings.

The upcoming three private labels are just in women’s and are being developed by outside designers, rather than an in-house team, who collaborate with Saks merchants. “It’s all being merchandised by our own organization in the store,” Boitano said. All three collections are geared for mixing and matching items to create outfits, from one collection to the next.

Saks Fifth Avenue Signature is a 55-piece collection for fall that will arrive in three shipments. At the Fifth Avenue flagship, Signature will be housed on the fourth floor, where lines such as Ellen Tracy, Charles Nolan, Dana Buchman and Elie Tahari are sold. They are typically known as bridge lines, but Saks prefers to refer to them as “modern” collections.

Saks officials describe Signature as “approachable chic” with a classic American feel, but not basic. Signature targets the core Saks customer, 35- to 50-year-olds, with an emphasis on the professional woman with suits, blouses and trousers, as well as some dresses. Signature has work-into-evening appeal, and prices range from $250 to $700. For fall, there are three themes: “Regal Victorian” marked by a British men’s wear tailoring look with romantic blouses with ruffles and rich colors; “Urban Sophisticate,” classic black and white looks with garnet accents, and “Majestic Elegance,” a modern evening look including taffeta skirts, silk chiffon blouses and whimsical dresses.

Classic will offer separates in Loro Piana fabrics, a more generous cut and flattering colors and prices from $178 to $1,000.

Sport is a collection of relaxed casual separates, including easy items designed for comfort and a youthful appeal such as yogawear and T-shirts, as well as denim jackets and capri pants. Saks describes the line as having a “grown-up fit,” and said the items will be priced from $98 to $350.

Boitano characterized Signature as “more modern with an emphasis on go-to-work with blouses, jackets and trousers dominating the assortment. Classic is really classic updated sportswear at a value price point that goes after the traditional Saks Fifth Avenue customers. It’s casual attire, but with a sophisticated sensibility incorporating luxury fabrics, including cashmere. Sport is probably the closest thing for a replacement strategy for Real Clothes to really fill the void for active weekendwear for our classic customer, but with a sophisticated sensibility of color and design.”

“There will be a major push to let our clients know that we have these collections in our stores,” added Andreé Corroon, vice president of communications and public relations, who said details will be disclosed at a later date.