Chief executive officers Björn Gulden and Massimo Piombini hope their collaboration, launching this week, will be the first of many.

PARIS — Puma and Balmain are hoping their new collaboration will be the beginning of a beautiful friendship.

The collection will hit stores on Thursday, but Puma chief executive officer Björn Gulden and Balmain ceo Massimo Piombini are already thinking of ways they can extend the partnership, born out of the friendship between Cara Delevingne, a Puma ambassador since 2016, and Balmain designer Olivier Rousteing.

“All our athletes are big fans of Balmain, both in the soccer environment, with the female and the male players, and in the NBA, so Balmain for us is almost a partner with some of the athletes we have already,” Gulden told WWD in a joint telephone interview with Piombini.

“I hope that this can be the start of working on different projects because I do think that working with a partner on the luxury side, there’s a lot we can do together if we put our heads together. We have some ideas already and we’re actually working on some projects that could materialize if we find the right solutions,” he added.

Piombini noted the boundaries between fashion and sportswear are increasingly blurred. Louis Vuitton opened the luxury doors to sportswear with its 2017 collaboration with Supreme, and the trend shows no sign of waning, with Prada and Adidas recently announcing the launch of a long-term collaboration.

“We’re all moving in an ecosystem where consumers are looking at fashion brands and sportswear brands in a very cohesive way, more than before. This is something that made our cooperation quite natural and authentic,” Piombini said.

“On top of this, Balmain has always been a brand that has captured a lot of attention with other brands for co-branding opportunities, because in spite of our size that is not very big. Olivier is a very modern and interesting character in communications, in entertainment, in sports, in the movie space and in the fashion space,” he added.

The designer has 5.7 million followers on Instagram, which he uses to communicate with his “Balmain army,” while Delevingne has 43.8 million. 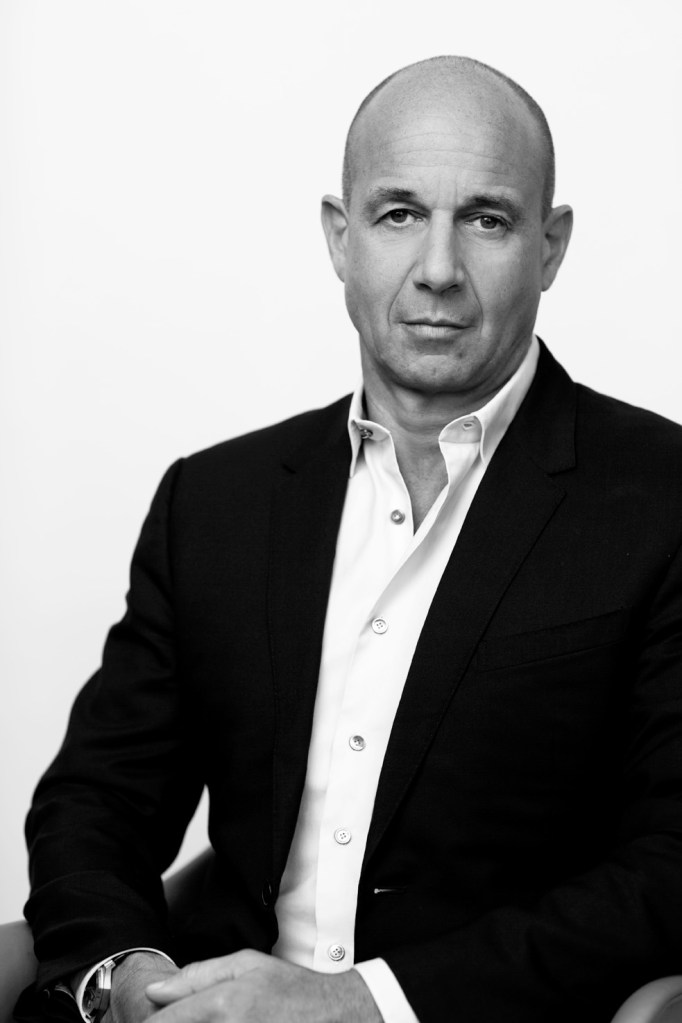 Coming on the heels of Balmain’s collaborations with Swedish high-street retailer H&M and cosmetics giant L’Oréal, the Puma line is part of an effort to broaden the brand’s price points. It recently signed a new eyewear license, to be announced at the MIDO fair in Milan in February, and is looking for a fragrance licensee.

“When I joined Balmain in 2017, the first thing I did was to cancel the secondary line and all the licenses, not because I don’t believe in licenses, but because those licenses at that time were wrong for us and for our ambitions,” Piombini explained.

“What we are doing with Puma now is not a secondary line. It’s an extension of our first line, and this is the way we look at collabs and other opportunities. You will never see another secondary line at Balmain, but you will see Balmain in product extensions that can be extremely coherent with the message of the brand,” he said.

“We are very selective because we don’t want to dilute the brand equity, so we are very careful to accept a new cooperation, but in the case of Puma and Cara, it was, as I said before, very natural,” he said, noting that the model also teamed with Rousteing this year on a collection of quilted leather Balmain handbags with gold details.

For Gulden, the collaboration is a continuation of Puma’s push into the rapidly growing women’s segment, via high-profile collaborations with the likes of Rihanna, Kylie Jenner and Adriana Lima, and fashion brands including Karl Lagerfeld and The Kooples.

“To put it bluntly, I think the female consumer was the major reason why Puma turned around from being in trouble to being a brand that is going in the right direction, and the growth on the female side has been bigger than on the male side,” he said, noting this was also true of traditionally male-driven markets like Asia.

“Collabs and cooperations are ‘in,’ maybe too ‘in,’ if we are a little bit critical. There are almost too many collabs, but I think this one is a very exciting one from the timing point of view, the product that you see and also because we’re working with the same partners,” he added.

“From a creativity point of view, working with a personality like Olivier is an inspiration for our designers. That’s why it’s more than just making a collection and making some business. It creates excitement and it fires the creativity within the company,” he said. 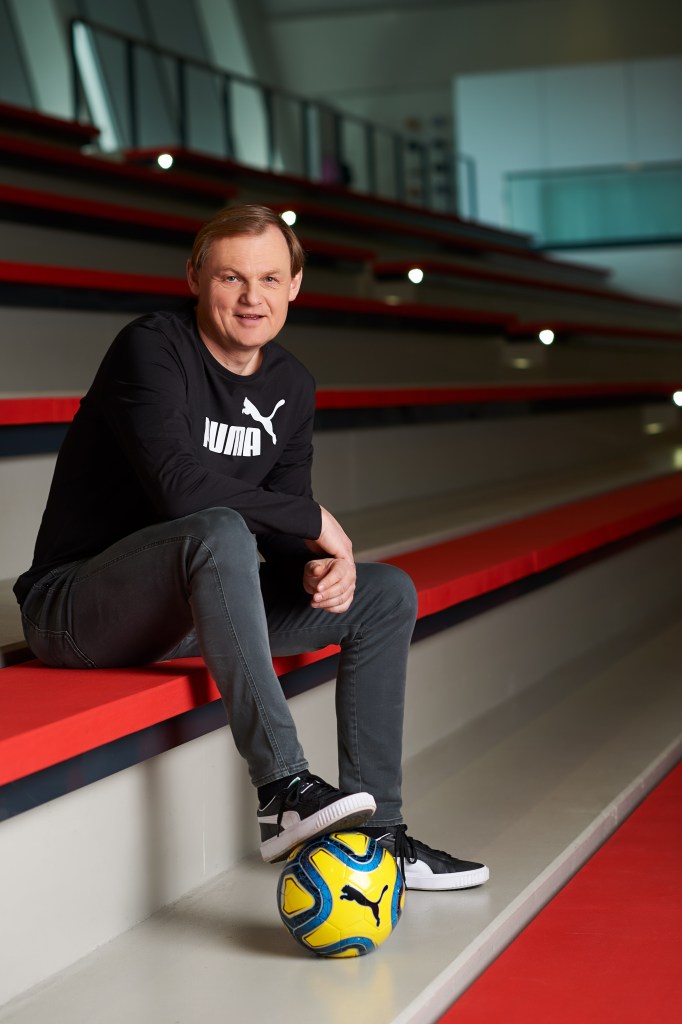 Items in the boxing-inspired collection range from a black-and-gold tracksuit to a graphic minidress with angular shoulder pads. Sneakers feature Balmain signatures such as gold buttons, while tops included shredded versions of the brand’s trademark sailor-stripe hoodies and T-shirts.

“I do think this is a look that we haven’t had before. It is very different from what is currently in the line, but when I see the trends for next year, I think this is spot-on,” Gulden said. “I think the consumer will find it very exciting, and it will be where the consumer expects it to be.”

The 35-piece line of footwear, apparel and accessories is split into two subcollections, some produced and sold by Puma, others by Balmain, and some that will be carried by both brands in addition to select independent retailers.

Piombini noted that Balmain already sells sneakers, but hopes its high-visibility collaboration with Puma, to be celebrated with a party in Los Angeles on Thursday, will drive more traffic into its stores.

“We are developing sneakers internally with a dedicated team that just does sneakers, but adding Puma to that is just reinforcing the message overall and making it even more legitimate,” he said.

“We are learning a lot from them, and if it’s true that we are bringing coolness and modernity to Puma, Puma is bringing a lot of insight and information and intelligence to the product development process. We are very grateful for that,” Piombini added.

Gulden noted that 40 percent of the styles in the collection are unisex and some items will be available in men’s sizes. “We clearly see that Balmain also attracts a lot a male consumers,” he said, providing a hint about the potential future extension of the collaboration.

“There are many, many things we can work on, where we can get inspired from what is happening around the athletes and the sports themselves,” the executive said. “Let’s get this first collab out in the market, and then we will evaluate, but we are very positive to continue the cooperation also after this phase one.”

Piombini agreed. “I think that this was just the beginning of a very fruitful cooperation,” he said. “It’s not always easy to work well with another brand. In this specific case, the relationship was amazing, so we’re looking forward to exploring new opportunities together.”