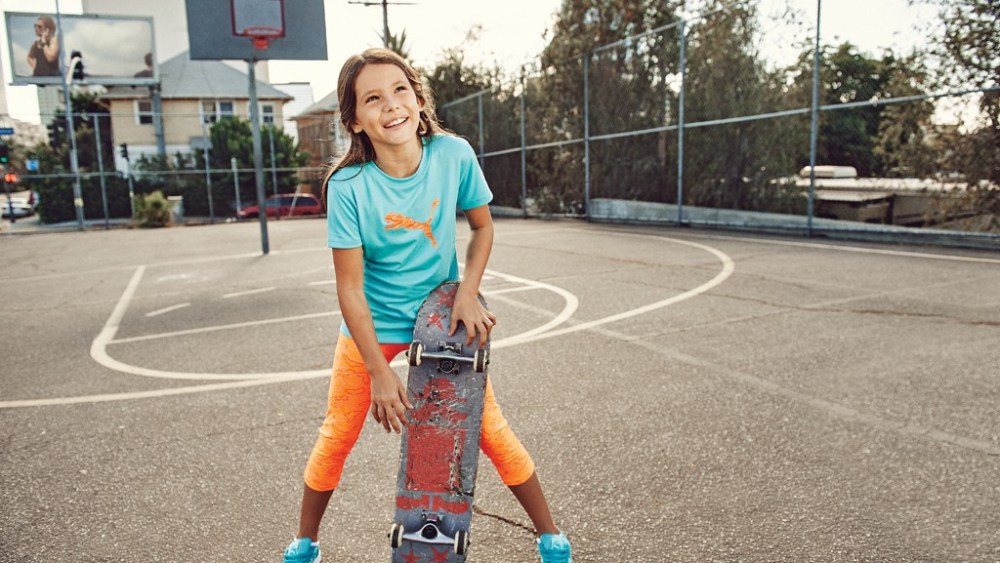 One month after naming the popstar as women’s creative director and global ambassador, Puma is working on a presumably more tame collaboration: a venture with United Legwear and Apparel Co. on children’s clothes. The North America-based endeavor will include the production, sales, marketing and distribution of Puma children’s apparel, infant sizes through boys’ size 20 and girls’ size 16.

The venture, officially titled Puma Kids Apparel NA LLC, sees a growing partnership between the two brands; United Legwear also produces Puma socks, loungewear and underwear, a relationship that’s existed for more than 13 years. “We have had amazing success over the years working with them on the socks and bodywear business and we are confident for the same growth in kids’ apparel,” said Jay Piccola, president of Puma North America.

Isaac E. Ash, founder, president and ceo of United Legwear, also cited the “excellent working relationship” as an asset to the project. “They’ve trusted us to take Puma’s global design directives and translate them into socks and bodywear; now we’ve done the same for kids apparel,” he said. “We are joint venture partners, so that indicates the level of trust that exists between the two companies.”

The first products will enter stores with the spring line. The apparel will reflect Puma’s core adult collection, with neon colors against black, white and gray done in comfort and performance fabrics. Prices range from $18 for a T-shirt to $48 for a hooded sweatshirt. “Puma apparel is a sport lifestyle brand that now offers kids apparel in top quality fabrics and constructions at competitive pricing,” said Ash. “It will finally sit on the floor alongside and compete with the top athletic brands.” Distribution will include department stores, such as Lord & Taylor, Macy’s and Bloomingdale’s, independent retailers, athletic and specialty chains, and select online retailers. Ash noted that the addition of children’s will “offer retailers a more comprehensive buying experience and brand presence in their stores.”

With the collaboration, United Legwear adds to its roster of kid’s wear, which includes Happy Socks, BabyLegs, TicTacToe, Skechers, Fisher-Price and Sox & Co.

For Puma, the endeavor coincides with the company’s new brand positioning, “Forever Faster,” which is credited as its biggest media push in brand history. Boosting its kid’s wear offerings may help continue the Kering-owned company’s financial turnaround; after seeing net earnings decline for three years, Puma’s third-quarter sales for 2014 saw improvement. “I’ve always said 2014 would lay the basis for the turnaround, 2015 would actually see the turnaround, and I feel very comfortable going forward. Rihanna is part of a strategy of renewing the brand and she was the last piece missing to go to the global market with a story,” said ceo Bjørn Gulden at last month’s press conference revealing the pop star’s new role. “For 2016, our product range is where it should be.”