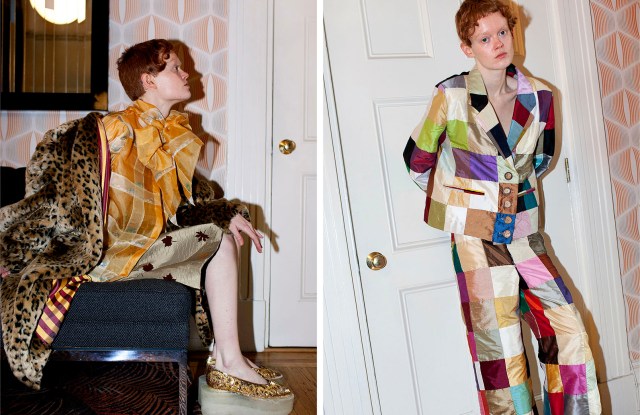 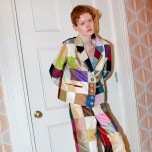 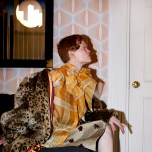 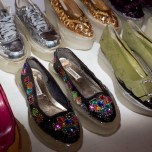 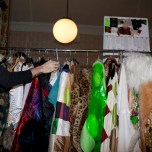 NEW YORK — A new wave of American grunge designers — led by the likes of Eckhaus Latta, Vaquera, Gauntlett Cheng and Lou Dallas — is out to debunk notions of authority, tradition and needless consumption. This week a new label joins their crew: Puppets and Puppets, designed by artist Carly Mark and her former studio assistant, Ayla Argentina. The brand will host its debut runway show on Sunday evening, styled by Stella Greenspan and featuring a diverse procession of buzzy models.

Mark, a mixed-media artist, has long had an unrequited interest in fashion. She has shown her work at the Frieze and Armory art fairs with the Breeder Gallery of Athens, and has participated in group shows mounted at Lever House and the Museum of Modern Art. She is a fixture on the art party scene and carries a hefty Instagram following, as well as allegiances with various factions of influencer. Argentina began working with Mark in 2016 and has a degree in fashion design from FIT. The brand takes its name from Mark’s pet Chihuahua, Puppet.

“A big driving force for us was getting back to handmade things,” Argentina said of the duo’s motives. “It’s not mass-market. Fast fashion is eating away at the industry and I personally didn’t want to be part of the machine. I wanted to get back to things that are made with an attention to detail.”

WWD visited the brand’s studio — located in Mark’s apartment — on Thursday afternoon to see a collection that was surprisingly completed, its casting finished, its runway looks styled. Mark noted of their preparedness: “I’m used to installing a show, so I worked on this in the same way.”

What had not been ironed out is how the duo will sell their collection, if their designs will even be for sale at all, and if so, what the prices would be.

“It’s not necessarily a commercial project,” Mark admitted. “We are not against it either, but we would want to figure out how to be sustainable about it, making sure objects are precious.” Argentina and Mark mused that they’d perhaps consider selling with a store like Dover Street Market or exhibiting their designs as art at Bergdorf Goodman. But they had not considered much more beyond this.

Their runway will showcase a spectrum of clothing, some viable for the street and others as costume. “Clothes, for me, still feel like making sculpture,” Mark said. “It moves with the body, it can live out in the world, it’s an exciting way to make artwork accessible.” All of the shoes for Puppets and Puppets’ first show were sourced on eBay and then sculpturally altered with resin platforms.

Argentina and Mark found Kansai Yamamoto’s costume work for David Bowie, the Voguing looks in “Paris Is Burning,” and early works by Jean Paul Gaultier as tipping points of inspiration. They sourced much of their fabric through an Indian textile dealer, and reconstructed clothing thrifted at Salvation Army.

“New York, other than London, is the most expensive to live in. Making this happen is close to impossible — no one can afford it anymore,” Mark said of conditions for New York’s young designers. “The grunge, punk thing happening in fashion is what’s achievable. It’s what we can afford to do.”

Puppet’s pledge of limited commerce is intrinsic to the new American grunge model, with most designers producing hardly a fraction of their seasonal collections — preferring to largely exhibit a procession of artful showpieces. Its creatives — all under age 35 — grew up surrounded by the ostentatious consumption and mass production of the early Aughts. They have since come to villainize American excess, creating haphazard designs — often of found materials — that are rooted in cynicism and parody.

The brands do sell T-shirts or cut-and-sew designs with a more commercial bent at forward-thinking retailers like Opening Ceremony. These designs, like Eckhaus Latta’s high-waisted jeans, have become uniforms in many downtown circles — demonstrating the demand these labels can create, despite their limited commercial appeal.

Following this path for Puppets, Mark and Argentina have thrifted a pile of T-shirts, affixing their brand’s logo in rhinestones to each well-worn shirt. They are also considering to produce a grouping of tailored suits.

Puppets and Puppets straddles affiliations of art and fashion — disciplines that Mark considers “completely interconnected.” Despite her long-running interest in clothes, she has long had to “deny my interest in fashion because there is this stigma. At the same time, there is an intersectionality happening between fashion and the art market. I denied it because I wanted to be taken seriously,” she said.

Conversely, those with artist training who have chosen fashion as a medium have been welcomed by the art community. After attending the Rhode Island School of Design, Eckhaus Latta’s Mike Eckhaus and Zoe Latta launched their fashion label in 2011 — they quickly received acclaim from art world jester Klaus Biesenbach and last summer mounting a solo, shoppable, exhibition at The Whitney Museum.

Some onlookers have come to label Mark and her peers as ‘fashion artists,’ a derogatory term for an artist perceived as frivolously promotional and obsessed with personal appearance, thus distracting from a concentrated, traditional practice.

It’s a categorization that Mark has come to terms with. “In art, I felt like I was swimming against the current for 12 years,” she said. “The second I verged into fashion, doors opened, and people said ‘Hey, what took you so long?’”