PureOlogy, the Irvine, Calif.-based hair care line created specifically for color-treated hair, is about to expand its repertoire with a series of offerings incorporating nanotechnology. 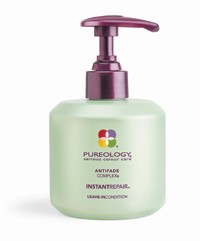 LOS ANGELES — PureOlogy, the Irvine, Calif.-based hair care line created specifically for color-treated hair, is about to expand its repertoire with a series of offerings incorporating nanotechnology.

The four new items will enter salons in August or September, said Jim Markham, founder and chief executive officer of PureOlogy, whose products are available in about 15,000 spas and salons in the U.S. and Canada.

The latest products bring a styling component to the wider collection, which offers some 32 different items.

“About 85 million Americans color-treat their hair,” said Markham, adding that thus far PureOlogy has been best known for its shampoos and conditioners. “Most styling products don’t have any conditioning at all. But we have combined a unique system that doesn’t flake and provides a long-lasting hold and color protection.”

As the popularity of coloring and highlighting hair continues to increase, Markham anticipates continued growth in the business, which he estimated is up 70 percent over the previous 12 months.

Bowing in August is ShineLuxe, a lavender-colored lightweight finishing polish designed to smooth down flyaway hair and add shine. Primary ingredients include nanometer-size molecules that can penetrate and treat the tiny crevices in the hair shaft, as well as anti-aging vegetable proteins and ingredients such as green tea, sugarcane and citrus extracts. The product, which is also rich in extracts of organic mushrooms noted for their anti-inflammatory properties, include mannentake, shiitake and mucor meihei varieties, retails for $32.

The NanoGlaze Styling Crème is expected to be a top seller for the company, said Markham, adding that initial orders from buyers have already exceeded expectations.

“It has a light but long-lasting hold,” said Markham of the $28 product, which contains the same mushroom extracts, as well as panthenol, guar gum and vegetable proteins. The product is scented with avocado, walnut, iris and vanilla cream.

Orange peel wax is a key ingredient in the new NanoWax, which is designed to eliminate frizzies and offers a moisture barrier, using what Markham said is a technology similar to that employed by manufacturers of lipstick. It will retail for $28.

A surge in interest in leave-in conditioners led PureOlogy to formulate InstantRepair, a clear, gel-like product that bonds with the hair to mend and untangle it. The $28 product also contains silicones, vegetable proteins and a blend of antioxidants.

Markham said he anticipates sales of between $8 million and $10 million at wholesale for the four products within the first full year of their availability.

The company is slowly expanding internationally, and is about to ship to Russia, Honduras, Costa Rica, the Dominican Republic and Guatemala. Markham said he is also exploring opportunities within Europe, India and Australia, and that he expects distribution deals to be in place by the end of the year.