Putting the Bounce Back in Legwear

The legwear industry has a heartbeat again. 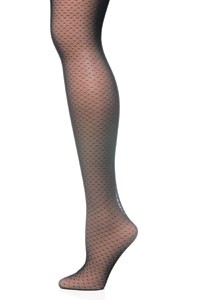 The legwear industry has a heartbeat again.

Given up for almost dead just a few seasons ago, when the trend was for women to go bare-legged even in the freezing cold, the industry is enjoying a major revival, thanks to the popularity of leggings and tights.

Only last week, Karl Lagerfeld’s couture show for Chanel was dominated by black tights under colorful dresses. And further evidence of the renaissance came at the Sundance Film Festival in snowy Park City, Utah, where young actresses such as Gwyneth Paltrow, Zooey Deschanel, Christina Ricci and Mandy Moore ditched the traditional uniform of jeans and Ugg boots in favor of tights, chic dresses and high heels.

So as the spring retail season hits its stride, legwear brands have a new bounce in their step.

Insiders said fall 2007 runway looks are likely to be blanketed with legwear, as hosiery manufacturers across the board are partnering with more designers than ever for next month’s New York shows. Hue is working with 13 designers, up from eight the previous year.

Last fall, the segment struck a gold mine with the comeback of tights and footless styles. The NPD Group reported that sales of tights shot up 26.9 percent, to $104.4 million, from January through November 2006, reversing a double-digit decline in 2005. Even sheer hosiery enjoyed an uptick of 5.2 percent, to $916.4 million. Sock volume was basically flat at $1.37 billion.

“Dresses had a positive affect on legwear,” said Liz Hospodar, Bloomingdale’s divisional merchandise manager of intimate apparel and hosiery. “In the fall, we definitely saw growth in tights and footless and sheers. There also was a surge in shaping items and we predict that this will continue into the spring season.”

Elizabeth Kanfer, fashion market director at Saks Fifth Avenue, said legwear sales there were “extremely strong. The covered leg was a runway trend, and we represented this with leggings and opaque tights. We were able to service the contemporary customer with leggings, as well as the modern and classic customer with opaque tights. We anticipate this trend going forward on runways for fall. If it is a trend, we will buy accordingly.”

A sudden demand for its leggings last season forced Wolford’s Los Angeles store to place actresses Sharon Stone and Jamie Lee Curtis on a waiting list for its Velvet de Luxe leggings, revealed a spokeswoman for the company.

“We have a small factory and everything is made with TLC,” she said. “We were all working overtime.”

Wayne Lederman, president of Leg Resource Inc., maker of Via Spiga, Andrea Jovine and numerous private labels, noted that for this time of year, “I am seeing more regular-priced business than in the past. Retailers are realizing that tights are very popular.”

So for the upcoming season, manufacturers are gearing up with expanded collections and pumped-up business plans. Not only is the desire for tights and footless tights expected to grow, over-the-knee socks and sweater-type leggings are predicted to become more important as well, with layering a natural result. Color-wise, black, along with a range of browns, will remain front and center, and some manufacturers hope to renew an interest in navy, too.

Lederman plans for his business to grow by 25 percent this year, on top of a 20 percent sales increase in 2006. To drive that growth, Leg Resource is delivering more textured tights, over-the-knee socks and cozier items.

“We are using some heavier [gauge knits] that are sweater-like, including cottons, wools and acrylics, and even some higher-end materials, such as cashmere,” said Lederman. “We have added 100 new styles across our brands and private labels.”

“All across, it was a sensational year,” said the firm’s chief executive officer, Elie Levy.

Michele Slade, vice president and marketing for socks at American Essentials, the producer of Calvin Klein legwear, said for fall it was introducing a tights collection under the ck Calvin Klein label.

“The line is all made in Italy and has a beautiful feel,” said Slade. “We are focusing on coffee, charcoal, lots of grays and black — just very salable colors.”

Look from London, known for its prints, has a fall lineup that emphasizes footless cable knits with Lurex metallic yarn. There will be a range of vertical and horizontal stripes, as well as a carryover of herringbone and crocheted styles.

Wolford is eyeing success with black opaque and merino wool tights. The company also has high expectations for a new cashmere and silk material it will unveil this year.

Sharon Thorp, head designer for ETC Hosiery, maker of the ETC, ETC Platinum and Chinese Laundry brands, said it, too, would continue to focus on tights and luxury yarns in 2007.

In March, ETC will introduce a new legwear line in partnership with an Italian luxury brand, which Thorp declined to name.

“It was just a really good legwear year,” she said. “Our goal here is to have the consumer really rethink hosiery — to think of it as a fashion accessory.”

Hansel from Basel, a sock maker that launched its first collection in November, has set its sights on expanding into stockings and tights, according to designer and company founder Hannah Byun. For now, the fledgling firm is forging a presence in the sock segment with novel designs inspired by Byun’s favorite artists, including Yayoi Kusama and Egon Schiele.

Edward Miccinati, design director at Stockingirl, said, “Our best-selling things [in fall ’06] have been footless — both capri and ankle length. We have also been noted for our heavy sweater knit wool socks, tights and legwarmers.”

Last season, Marc Jacobs tapped Stockingirl tights for its runway show. “That gave a lot of credibility to the look,” said Miccinati.

“The thrust now is to find new colorations and new approaches to the footless look and tights in general,” said Miccinati.

Stockingirl will expand its color range and continue to focus on prints. For fall, it will incorporate some dressier hosiery with an emphasis on thigh-highs, including a Swiss dot tulle thigh-high with a ruffle. An over-the-knee sock in eight solid colors also will make its debut.

“Every season, we always try to entice women to try something new,” he said.