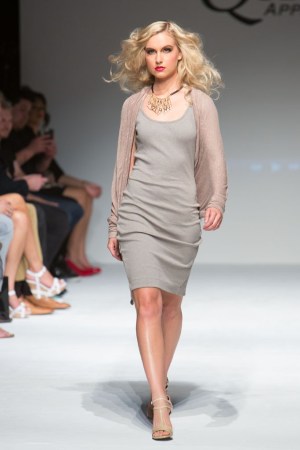 This could have been just another L.A.-based collection of knits and fleece, but design director Michael Veni modernized his Quest collection with small, interesting touches. Women’s cropped cargo pants revealed vertical slits that exposed the knees and men’s shirt pockets were layered over contrast panels. While the women’s looks filled the needs of day and night dressing, the men’s options were limited to casual basics such as polo shirts, Henleys and sweat and cargo pants.

This story first appeared in the March 18, 2014 issue of WWD. Subscribe Today.