Key styles in the vintage-inspired collection include the Lily slip dress, named after Ashwell's daughter, with ruffle details at the hem that are "quintessential Shabby Chic."

A look from the Shabby Chic apparel collection.

Ashwell, who rose to fame in the Nineties, can be credited with helping to bring English flea market style to the masses. She opened her first store in Santa Monica, Calif., in 1989, amassed a celebrity clientele that included Britney Spears and Jessica Simpson, wrote five popular decorating books, and from 1999 to 2003 hosted a TV show on E! and the Style network. Oprah became an admirer (and featured the designer on her show) after she sent her a set of her T-shirt sheets, designed to be as comfy as a T-shirt.

The Shabby Chic apparel collection, launching Jan. 30, will consist of three monthly deliveries, with additional drops in the works for the summer. Each delivery will including 20 stockkeeping units of tops, dresses and more, $48 to $168, to be sold at retail partners Dillard’s and Mixology.

The collection is being manufactured by Mod Stage Apparel Inc. based in Walnut, Calif.

“Although I’ve been focused on the home, we have dabbled in manufacturing [clothing] ourselves,” Ashwell told WWD, noting that the collection is a response to customers coming into stores, sending e-mails and Instagram DM inquiries about vintage pieces the interior designer herself wears. “It feels like a natural extension. It’s not like I wanted to create something to fill a void in the marketplace, I just thought this is what I love, it’s practical and functional, with attention to detail.”

The clothing has a feminine vibe, with faded florals, easy draping and frilly details reminiscent of the designer’s dreamy-earthy, crystal chandelier and paint-chipped interiors aesthetic. Key styles include the Lily slip dress, named after Ashwell’s daughter, with ruffle details at the hem that are “quintessential Shabby Chic,” said Ashwell, who splits her time between Santa Monica and a sheep farm in her native England. Both the Violet Rose top and Georgia dress (coming in a later delivery) are inspired by the designer’s vintage archives: “All of them have elements of me, whether in prints, ruffles or fabrications.”

Ashwell has reinvented her brand several times in its three-decade lifespan — filing bankruptcy in 2009, taking on investors, then regaining full ownership in 2013. At its height, there were 15 Shabby Chic stores worldwide. Now, the Santa Monica store is the sole flagship, from which she runs her interior design and Shabby Chic couture businesses. Her more affordable Simply Shabby Chic line is available at Target stores.

In recent years, she has collaborated with a number of brands, including Sea NY on apparel, Tutublue on rash guards, and Cabbages & Roses on loungewear.

Along with a passion for antiques, Ashwell has always had a parallel passion for vintage clothing and textiles, she said. “Whether it’s a whole blouse or dress from a flea market, or just ruffles or patches of fabric, I will buy it.” That passion comes from her mother, who was an antique doll dealer. “I used to watch her make all the clothes for her dolls. She would collect ribbons and fabrics, and she would always do something differently than the others — she wanted it to be timeless. I think my whole life there has been that kind of inspiration watching her painstakingly appreciate little details,” said Ashwell. “And I think the reason we’ve been able to keep evolving over 30 years into different categories is that we’re not a trend.” 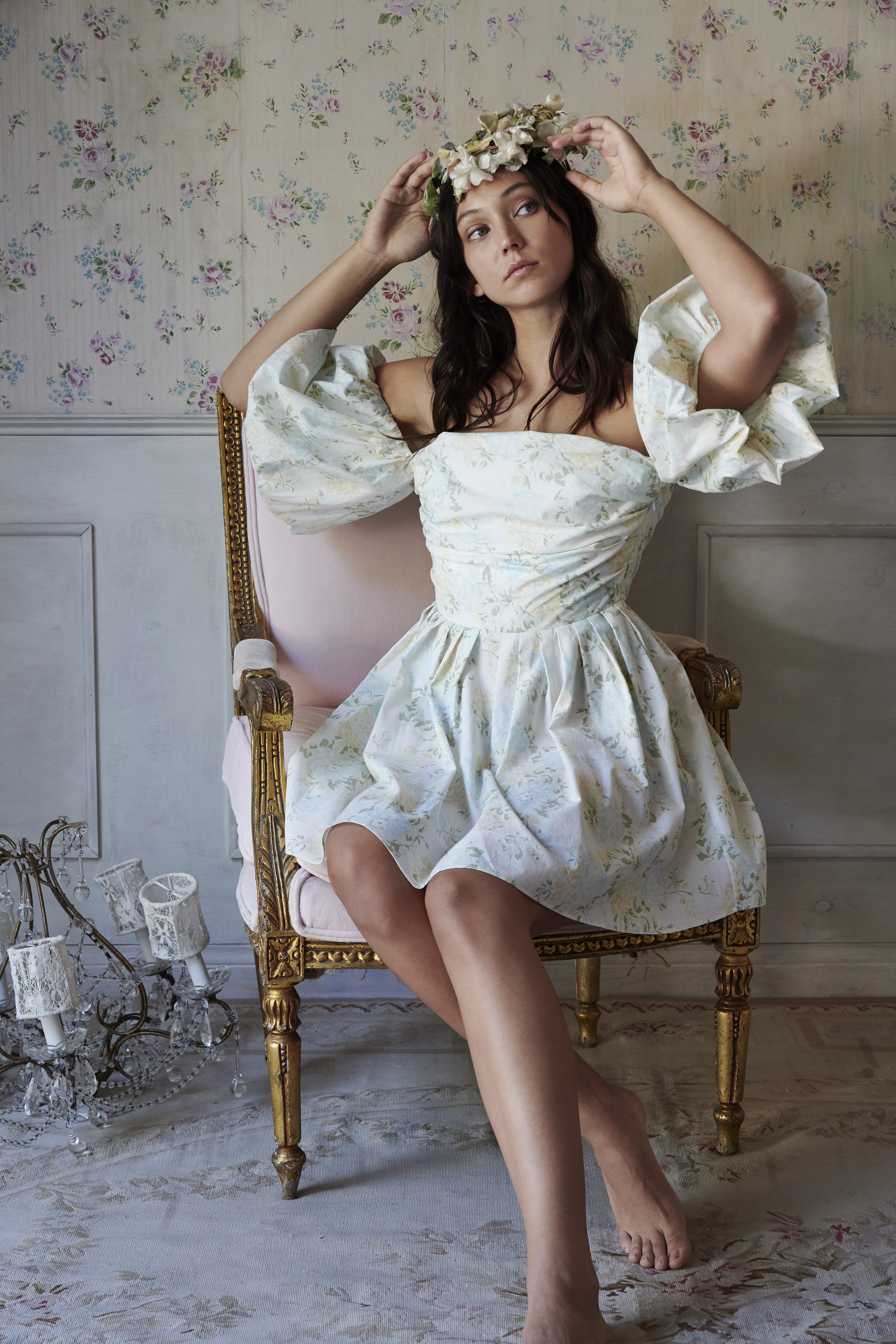 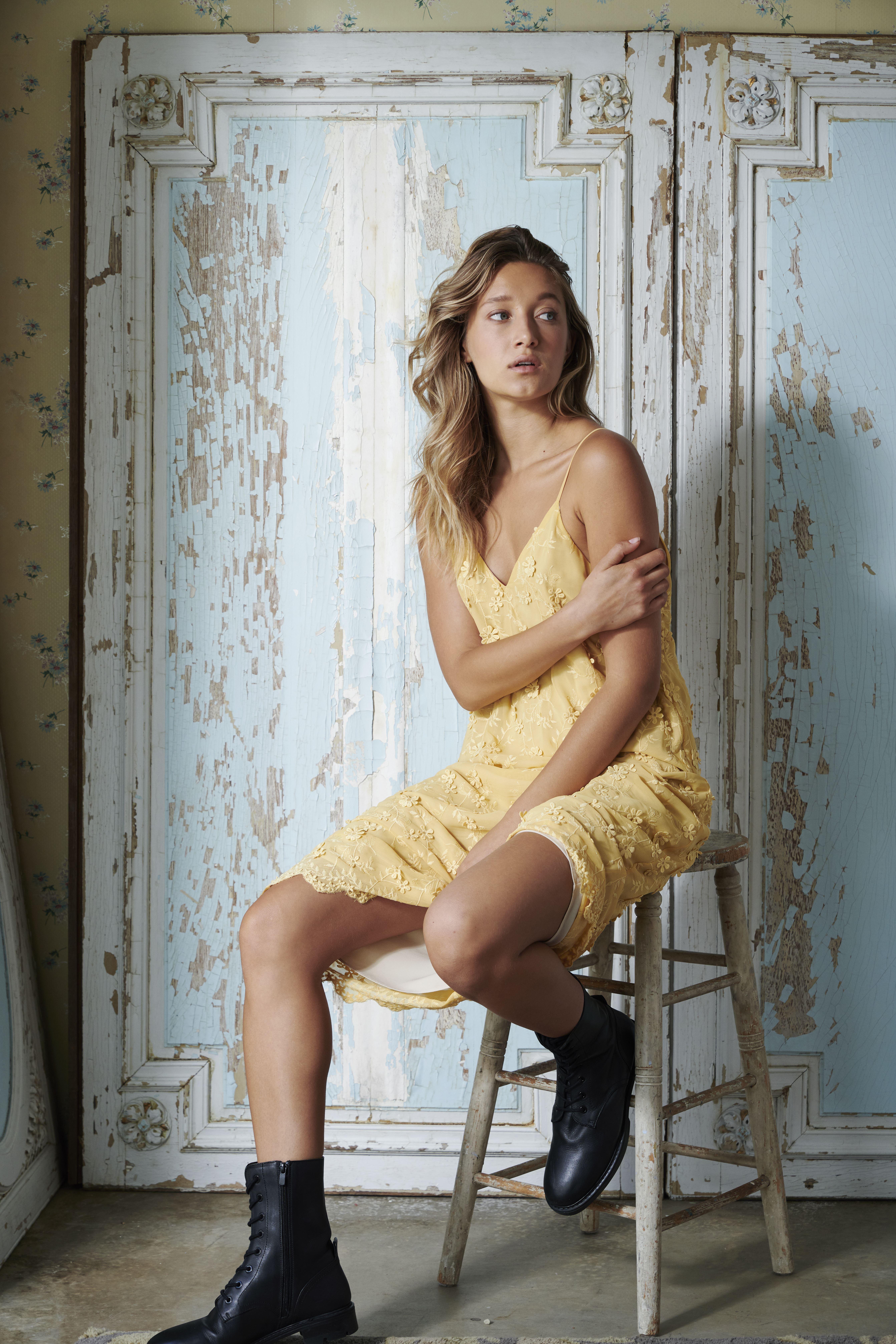