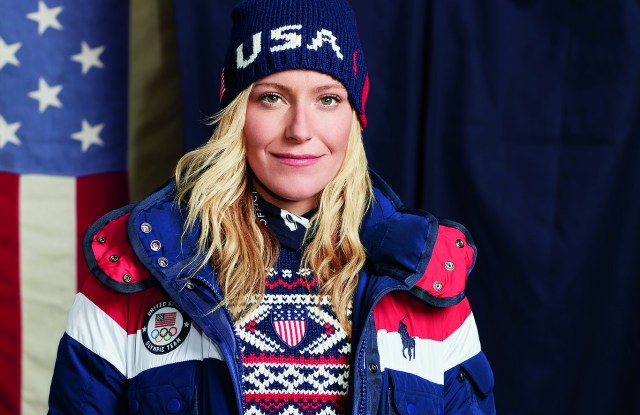 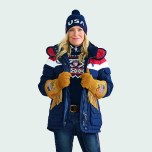 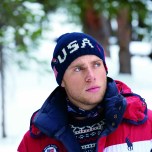 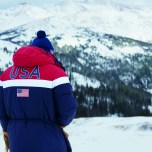 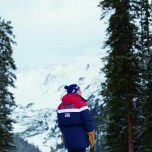 With the PyeongChang 2018 Olympic Games just over two weeks away, the United States Olympic Committee is unveiling Team USA’s opening ceremony uniforms, designed by Polo Ralph Lauren, the official outfitter of the U.S. Olympic and Paralympic Teams for the sixth Olympic Games running. The uniforms are made in the U.S.

The heart of the look is a red, white and blue down parka designed with a heating system made from electronic printed conductive inks, printed in the shape of an American flag in carbon and silver ink and bonded to the interior of the jackets. Developed exclusively for Ralph Lauren, the heating technology connects to a battery pack with three settings so the athletes can set their own perfect temperature. It has 11 hours of heating life at full charge. The parkas will be worn over a patriotic intarsia wool sweater and slim jeans with moto-inspired seaming. For accessories, there’s a navy wool ski hat, a USA navy bandanna, a leather belt, brown suede mountaineering boots with red laces, and — the most directional piece of the ensemble — brown suede gloves with Western fringe embroidered with the Olympic rings and American flag.

“The Olympics are the biggest stage you can have in the world of fashion,” said David Lauren, chief innovation officer. “It’s about real people, representatives from American marching in front of the entire world. They come from small towns where they focus their lives on being an athlete and all of a sudden they’re on this global stage. They have to feel comfortable and they have to feel like they’re representing their country and their team. There’s this excitement in their air and about how to present it, so it’s an honor for us.”

Lauren said Polo Ralph Lauren works closely with the U.S. Olympic Committee and the athletes to decide on the look, bringing some of the athletes into the studio to work on the styling. For the heat technology, the company developed it in-house to suit the climate in PyeongChang, where the average high in February is 39 degrees and the average low is 13 degrees.

The complete look is about celebrating iconic American style and the past while looking forward at innovation. “We want to capture the spirit of the team and bring it to life through clothing,” said Lauren. “From the frontier-style gloves, which is about the 1800s, to the reinvented denim in modern silhouettes which is the1900s, and all the way up to today with the jacket which is heated with the most technologically advanced system out there.”

The Polo Ralph Lauren Team USA collection is available in select Ralph Lauren stores and at ralphlauren.com and TeamUSAShop.com. This season, there will be a customizable component available on the hats by which customers can put the athletes names.

Additionally, Ralph Lauren will launch a social media campaign, “Heat the Way for Team USA,” to coincide with the Games. For every post liked on Instagram, Twitter or Facebook using #HeatTheWayForTeamUSA hashtag from Jan. 22 to Jan. 24, Ralph Lauren Corporation will donate $1 (up to a max of $100,000) to the U.S. Olympic Committee.