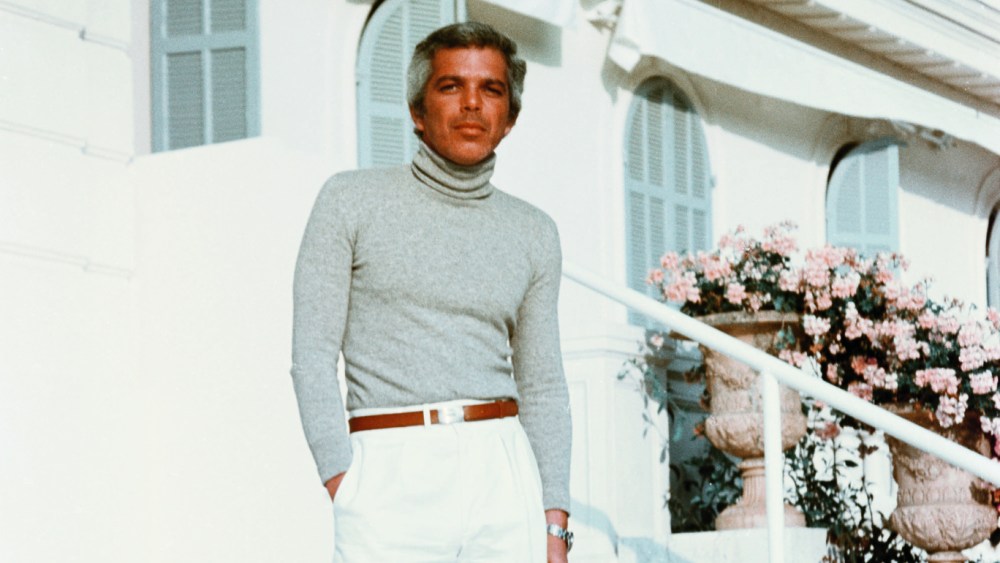 The event was staged in front of a crowd that included Jennifer Lopez and Ben Affleck, whom Lauren dressed for their recent nuptials; Diane Keaton; Lily Collins; James Marsden; John Legend, and Cole Sprouse.

“It’s a beautiful place to express the combination of ruggedness and casualness and elegance,” Lauren said of the location during a preview on Wednesday. “The collection is really about the spirit of how to enjoy life, the outdoors and color.”

The designer built his brand on the idea of the American aristocrat, which the Huntingtons were, even if they were never fully accepted into New York society.

Jeanne Tripplehorn’s fictional Sylvia Chamberlain character on HBO’s “Gilded Age” has several similarities to Arabella, who rose from a poor home, and had a son out of wedlock, before going on to marry two of California’s richest men — an uncle and his nephew — Collis and Henry Huntington.

Snubbed by the Astors and Vanderbilts, she found more acceptance on the West Coast, where she and Henry amassed an important collection of art and books that was bequeathed to the public in 1919, a significant cultural moment for Southern California.

It’s a rags to riches story of self-invention that the Bronx, New York-born Lauren can certainly identify with.

For the show, he used the space of the Huntingtons’ colonnaded terrace for a cocktail party. Models emerged from the 55,000-square-foot, circa 1911 Beaux Arts home rich with 18th-century European portraiture, including Thomas Gainsborough’s sumptuously dressed “The Blue Boy” and Thomas Lawrence’s delightful “Sarah Godin Barrett Moulton: Pinkie.”

“In portraiture, fashion was an important marker of individual and tribal identity. ‘Blue Boy’ was dressed in fancy Van Dyck dress, with political connotations and courtly references at play,” said Christina Nielsen, director of the art museum. “We recently commissioned [former President Barack Obama’s portrait painter] Kehinde Wiley to paint a new ‘Blue Boy,’ and the young model is wearing Vans sneakers from the San Gabriel Valley, the factory is right here.”

Although the museum was not open Thursday night, the outdoor scenery had all the cinematic glamour one expects from a Ralph Lauren show. And the designer, as it turns out, was less inspired by the gilded setting than by the ease of California indoor-outdoor living, he said.

One of the collection’s reference points was a photo snapped by Buffy Birrittella, Ralph Lauren’s longtime creative director of womenswear, sometime in the ’70s. It pictures the designer wearing a gray turtleneck sweater tucked into white short-shorts, with a brown belt with silver monogram buckle, and a pair of woven espadrilles.

“It was an expression of the idea because the guy is very casual and very luxurious. It’s timeless. That’s the statement of the show,” Lauren said.

He recreated the look faithfully on the runway, only with a camel sweater and it looked as great now as then.

“It got great reaction then from people who wanted to include their family, and I have a family so I know what that means,” the designer said.

Rather than one story, there were several different moods — sport, swim, cowboy, Gatsby-tailored and what might be called California Keaton dressed-up.

A crispy blue parachute silk maxi skirt with green windbreaker tied around the waist, color-blocked polo shirt and knit beanie had a neo-prep/grunge ’90s appeal, while a navy blue turtleneck with diamond-shaped monogram, white shorts and toggle belt look was given some Tinseltown sparkle, dressed up with a navy blue sequin double-breasted blazer.

Throughout, he remixed a lot of his classics, including the polo shirt, the monogram turtleneck and the cashmere cable-knit sweaters that have been bestsellers since before Oprah included them on her “Favorite Things’ holiday gift list. “She gives me a plug with towels, too,” the designer laughed.

The crowd was starry, including brand ambassadors Jessica Chastain and Angus Cloud. Lopez, who has been linked to Versace and Coach, among other brands, came out to support her wedding dress designer.

After the show, dinner was served in the three acre Rose Garden among 1,200 varieties of flowers, including the Barbra Streisand and Julia Child roses — but no J.Lo one just yet.

Lauren’s home collection pieces were used throughout the evening, and the Polo Bar’s Ralph burger was on the menu.

Besides being inspired by Hollywood film throughout his career and dressing Keaton in “Annie Hall” and Robert Redford in “The Great Gatsby,” Lauren has another connection to L.A.: He opened his first store here, on Rodeo Drive in Beverly Hills, California, in 1971.

“Sitting there were all French designers, so this was a whole new world,” he said of helping to put American luxury on the map, before reiterating why California, why now for his brand.

“I don’t like to be stuck, that’s why I’m designing all these different labels. I want to do what I believe in. That’s very important.”