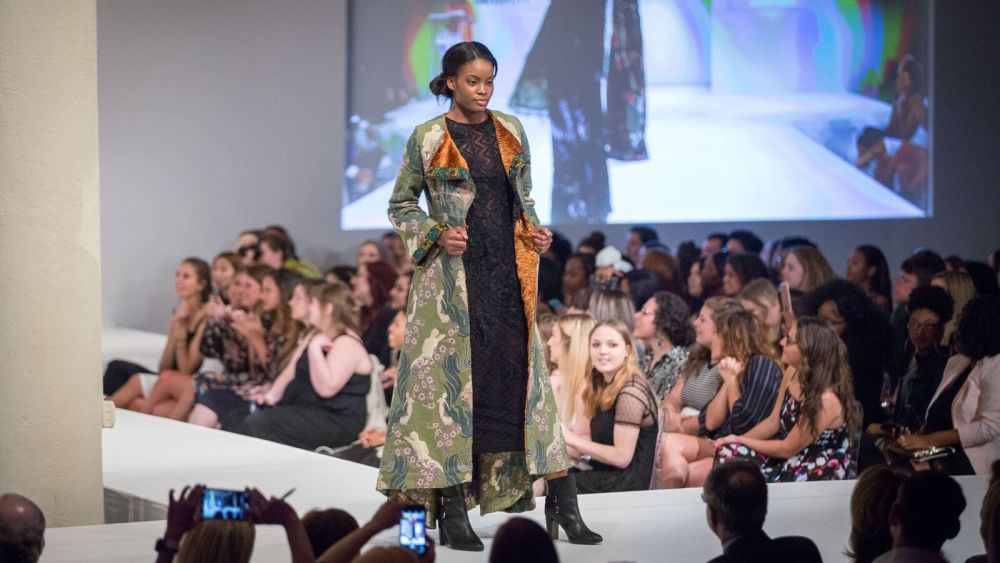 Previously awarded to John Varvatos, Nicole Miller, Tommy Hilfiger, Calvin Klein’s Francisco Costa and “Project Runway” season one winner Jay McCarroll — who was in attendance — the honor is presented to designers who have made outstanding contributions to the fashion and design industry through innovation. Philadelphia University alum and executive vice president of Li Fung/Oxford Collections Wendy Santana was also on hand to receive the inaugural Alumni Award for Leadership in the Fashion Industry.

Carson Kressley, a member of Philadelphia University’s board of trustees, served as the host. He kicked off the night by saying, “The fashion industry has so much going on today. There are so many jobs, there are so many cool things you can do” to the well-heeled crowd of students and industry insiders.

Philadelphia University president Stephen Spinelli then presented Kamiliotis with the Spirit of Design Award, noting her distinctive sense of art and design, calling her “a source of inspiration to one of America’s iconic designers and his conceptual presentations.”

“I accept this award humbly knowing that it wasn’t only talent that brought me here to this podium, but the drive I’ve always had for freedom of expression,” Kamiliotis said. “I came to this country with a suitcase full of paintings, hoping that in this land, all my dreams would come true. And I have to say that Ralph Lauren showed me the way.”

She then gave advice to the graduating class, stating that “over the years I came to understand that a three-dimensional dream is within your reach if you persevere in your passions and your beliefs and never, ever give up. The end result will be well worth it.”

After Kamiliotis accepted the award, the capstone fashion show followed, featuring more than 800 pieces created by design and textile design students. A full runway’s worth of red gowns created for the American Heart Association’s Red Dress was a highlight, as were two student collections previously shown at New York Fashion Week at the Emerging Designer’s Collective runway show. One was Fashion Industries Association Awards Best of Show winner Madison Chamberlain’s Parisian Boheme collection of pieces ranging from a green embroidered Victorian duster over an embellished slipdress to a blue and black floral jumpsuit.

Other standouts included Julia Pogue’s Tales in Ink collection of dark and romantic pieces that paid homage to Japanese textiles and design, which won the Carson Kressley Most Ready for Retail award, and Micah Ohno’s Art Medicine, an array of custom textile-heavy dresses and separates in shades of red, pink and plum, which nabbed the Mike Ternosky Obey Award for most creative collection.