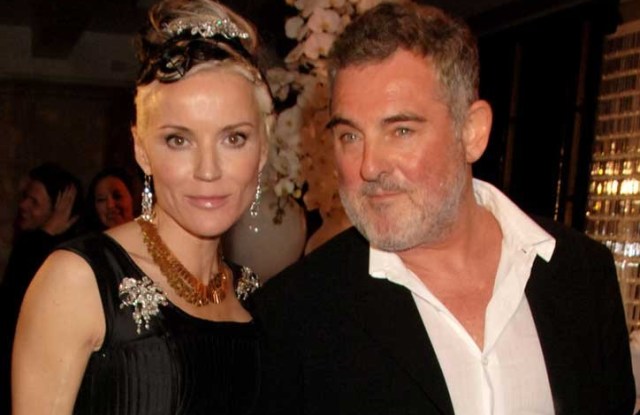 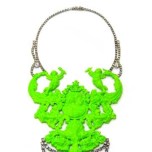 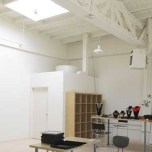 Tom Binns doesn’t exactly strike one as a sunny guy. He drops the F-bomb often enough to make Howard Stern blush; has a Tough Chic jewelry collection devoted to skulls, spikes and studs, and charmingly refers to his fellow nominees for last June’s CFDA Accessory Designer award as “Kmart Jacobs” and “Michael Who Kors.”

Nevertheless, for the past four years, the Belfast-born Binns has settled in Venice Beach, Calif., where his minimalist studio is a block away from the Pacific Ocean. Nothing adorns the stark white walls except for two of his own paintings—one featuring giant bright orange and gold logos of Chanel, and McDonald’s juxtaposed with a swastika.

“I like this area because it’s a whole mix of people. There are the artsy people and the rich people and the bohemian people and the fashiony kind of people,” he says, adding: “There are a whole lot of homeless people here. They live on the beach, but they dress well. I love the way they dress. It’s quite inspiring, actually.”

Binns first gained notice in the Eighties for his Punk Couture collaboration with Vivienne Westwood and Malcolm McLaren. Since then his oeuvre has run the gamut from Dada-inspired objets trouvés that incorporate found objects into bracelets and the like, reworked and mixed vintage crystal necklaces in heaping mounds and a more sedate Classic line of 18-karat gold and silver pieces. His most recent offerings include neon-color-painted strands of pearls and necklaces emblazoned with phrases such as “Punk” and “Nice Necklace.”

But despite all the evidence to the contrary—including a CFDA award and plastic boxes overflowing with chains of every imaginable metal and size—Binns hesitates to call himself a jewelry designer.

“I thought of a great word for what I do: It’s ‘unjewelry,’” he says, though he laments the slew of copycats who have adopted his aesthetic. “Basically why I started doing it in the first place was to say ‘f–k that’ to all this new jewelry—there’s enough around. Take f–king rubbish and remake it. The idea was anybody can do it…and, of course, they all f–king went ahead and did it!”