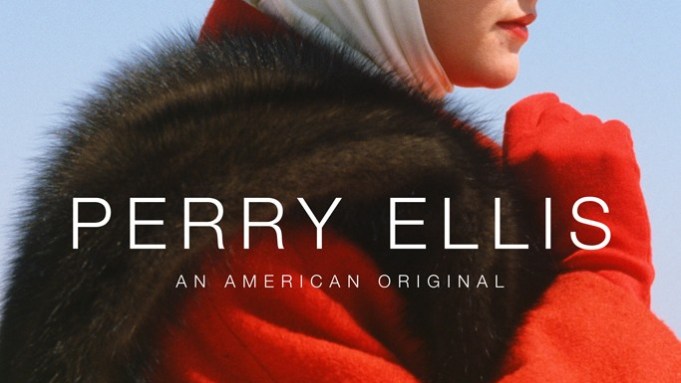 Perry Ellis designed under his own name from 1978 to 1986, when his career and life were cut short by AIDS-related illness. In less than a decade, Ellis established himself in the forefront of American sportswear, establishing a vision for easy, understated dressing that still resonates today.

The designer’s influential career is detailed in a sweeping new monograph by fellow designer Jeffrey Banks — a longtime friend of Ellis’ who met him at a backyard barbecue in 1974 and attended every single one of his shows — and coauthor Doria de La Chapelle. “Perry Ellis: An American Original,” to be published by Rizzoli and released on Tuesday, is illustrated with a trove of photographs by Erica Lennard, who lensed almost all of Perry Ellis’ advertising campaigns, along with archival images by Bruce Weber, Arthur Elgort and Roxanne Lowit.

Surprisingly, this is the first comprehensive examination of Perry Ellis’ life and work, apart from a biography penned in 1988 by author Jonathan Moor, immediately following the designer’s death. Banks believes that book failed to properly serve the memory of Ellis.

“It left a very bitter aftertaste, as it focused on him being a designer who died of AIDS,” said Banks. “I felt that as a friend of Perry’s, he was owed a better book that really celebrated his work.”

The tome has an in-depth biography of Ellis woven into the pictorial history, outlining his rise from a job as a women’s juniors buyer at the Miller and Rhoads store in Richmond to the founding of his own label in New York, backed by Manhattan Industries. The book reveals that Ellis, who was born in Portsmouth, Va., in 1940, served in the Coast Guard during the Vietnam War — including a stint in the service’s ceremonial honor guard in the Kennedy White House, earned an M.B.A. from New York University and once owned a women’s boutique in Richmond called “A Sunny Day.”

The Perry Ellis brand exploded onto the scene in 1978 with what has to be one of the peppiest fashion shows in history, featuring a Princeton cheerleading squad and the university’s actual star quarterback. Ellis garnered immediate acclaim and quickly grew the business, inking a series of 16 licenses that ran the gamut from children’s wear to shoes to furs to perfume.

Ellis’ longtime boyfriend, Laughlin Barker, an attorney who took the financial helm of Perry Ellis as chairman, was instrumental in shepherding the growth of the company’s licenses. Barker would also die of AIDS-related causes.

The Perry Ellis look, in both women’s and men’s, was framed by soft tailoring, oversize shoulders, natural fabrics with lots of drape and the designer’s love of corduroy and hand-knit sweaters, as in his colorful, Sonia Delaunay-inspired knitwear designs. He used an inverted shoulder pleat, which created a signature dimple, on everything from men’s shirts to women’s jackets to fur coats.

“I was determined to change the course of fashion, to move away from what I call the pretentiousness of clothes — to design clothes that are more obtainable, more relaxed, but ultimately more stylish and witty,” said Ellis, in a quote from the book.

“The hardest thing for him to do was evening clothes. His favorite idea for a girl was a cashmere sweater and gray flannel pants,” said Banks.

“He hated artificial beauty,” added de La Chapelle. “He thought the prettiest girl was a girl who had just washed her face.”

That approach is evident in the book’s encyclopedic retrospective of each of Ellis’ collections. The designer’s swan song, in 1986, features a fresh-faced Cindy Crawford in one of her first runway shows.

Banks — who sells his own branded home line on HSN and a men’s wear collection at Nordstrom and specialty stores — and de la Chapelle have collaborated on two previous books, “Tartan: Romancing the Plaid” and “Preppy: Cultivating Ivy Style,” both published by Rizzoli.

This newest book will be celebrated at Parsons The New School for Design on Thursday, with a party cohosted by the current owners of the Perry Ellis brand, Miami-based Perry Ellis International, and the Council of Fashion Designers of America. Organizers have gathered 67 looks from the span of Ellis’ career to display at the event. Expected attendees include Ellis’ daughter, Tyler Gallagher Ellis, who he fathered, via artificial insemination, with his longtime friend Barbara Gallagher in 1984.