A Blaze of Color at the Emmy Awards

Actresses donned the brightest of bright colors and the most brilliant of sparkles on the red carpet at the Nokia Theatre. 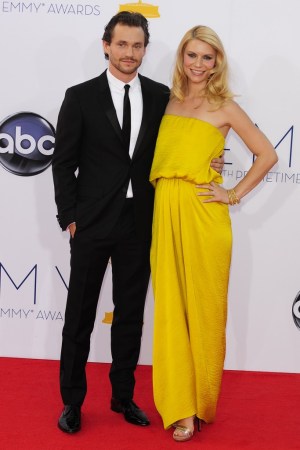 LOS ANGELES — As if to compete with the blazing sun on the red carpet outside the Nokia Theatre at the 64th Primetime Emmy Awards, actresses donned the brightest of bright colors and the most brilliant of sparkles. Claire Danes in Lanvin, Kaley Cuoco in Angel Sanchez, Julie Bowen in Monique Lhuillier and Julianne Moore in Christian Dior made up the bright yellow dress brigade. The color parade continued with Archie Panjabi in vivid blue Randi Rahm, Padma Lakshmi in orange Monique Lhuillier, Tina Fey in purple Vivienne Westwood and Julianna Margulies in a dazzling floral-patterned Giambattista Valli Couture. The sparkle set included Sofia Vergara in Zuhair Murad, Jane Krakowski in Kaufman Franco and Connie Britton in Andrew Gn. After winning an Emmy for best supporting actress in a comedy, Bowen said her dress “would definitely get an award for bringing the dead back to life in its color. It was bold for me, but it was a classic shape.”

This being the Emmys, some actresses — January Jones in Zac Posen and Amy Poehler in Stella McCartney among them — elected to go with black. Jessica Paré, whose white one-shoulder Jason Wu gown was unique in the sea of brights and blacks, said she flew in from Dublin, where she was shooting the film “Standby,” to try on Wu’s creations in his studio before the Emmys. “He made a few dresses, and this was the one that stood out the most for all of us,” she said. Melissa Rauch, firmly on the color bandwagon in a deep green Oliver Tolentino, said, “I wanted to do green, and I told my stylist that. She pulled out a few green dresses, and this is the first one I saw.”

The heat — temperatures soared into the 90s — played a leading role on the red carpet. Two people fainted and were carried to the ABC setup for help, as a crowd gathered around the check out what happened. A worried Johnny Galecki handed them water, while Wyatt Cenac tried to pass along food. Fans, umbrellas for shade and tissues to wipe sweat were definitely celebrities’ most important accessories. “How do we make these fashionable to carry around with us like a purse?” wondered Ginnifer Goodwin about the fans.