The five "Desperate Housewives" were shut out of nominations for the 58th Annual Primetime Emmy Awards, which signal the red-carpet season in Hollywood. 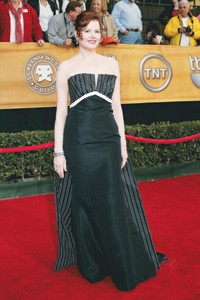 LOS ANGELES — The five “Desperate Housewives’’ were shut out of nominations for the 58th Annual Primetime Emmy Awards, which signal the red-carpet season in Hollywood.

Still, television newcomer Kyra Sedgwick scored a lead actress nod, as did veterans Debra Messing and Geena Davis. With the networks largely devoid of sartorially elite sitcoms or couture-inspired dramas, the focus actually might be on the performances. The awards will air at 8 p.m. Aug. 27 on NBC.

Kelly Macdonald, “The Girl in the Café,” HBO

Bob Mackie, Chris Hargadon, “Once Upon a Mattress,’’ ABC