Rejina Pyo on Rethinking the Fashion Calendar, Paving Her Own Way

The London-based designer has taken a step back from fashion weeks, shifted to a see now, buy now model and is now ready to debut her spring 2021 collection online.

LONDON — Rejina Pyo has been keeping quiet since COVID-19 put much of life on hold in early 2020, but that’s not to say the London-based, South Korean-born designer hasn’t been using her time to think about her approach to work.

Pyo’s label, one of the most prominent names in the contemporary segment, has been selling online, and Pyo has been using the time to consider the fashion calendar and where her business fits into the industry machine.

“People have been preoccupied with the pandemic. They haven’t all been wondering where our fashion shows have gone, so it gave us the opportunity to invest in other projects and to think about how we should carry on,” said Pyo in a phone interview.

Like many of her peers, Pyo has found the six-month gap between runway shows and shop floor deliveries out of sync, yet she is one of the few in London to take action, taking a step back from London Fashion Week and releasing her spring 2021 collection this week, as it drops into stores.

“Because of the madness happening in the world, you can maybe make braver decisions,” said the designer.

“I was speaking to a friend who works in the interior design industry, and I remember how shocked she was to find out that we deliver hundreds of pieces to a shop and then we don’t get paid for a few months. It made me see normalized things in our industry from a different perspective, and I realized that we could do things differently. We don’t just have to accept what doesn’t suit us.” 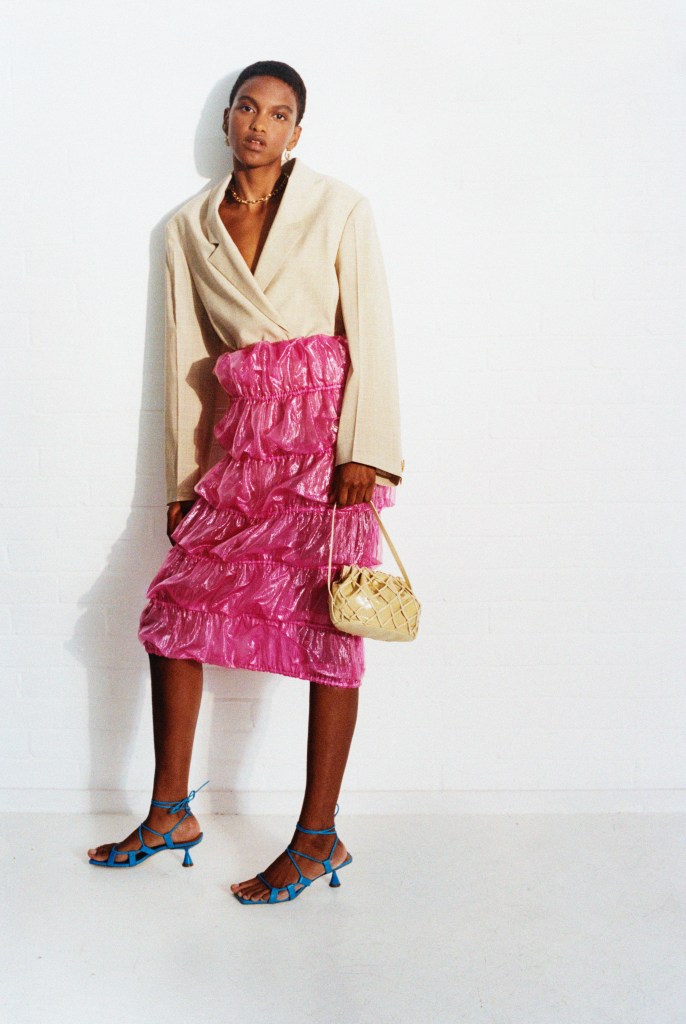 “People [come to us] to actually buy something that they need and don’t really care what season a piece is from. We still give them that excitement of fashion, but we’re not removed from the real world,” said the designer.

It remains to be seen whether the shift will pay off long-term and Pyo is not completely dismissing runway shows for the future.

But already she’s seeing returns: There are significantly fewer copies of her clothing on the high street, as fast fashion retailers were unable to watch her shows in advance and reproduce similar looks.

The spring 2021 collection, which made its debut on Thursday, didn’t veer from the label’s existing ethos of clothes designed for real life. Pyo elevated it with quirky details, unexpected fabrics and puff sleeves galore.

“When the pandemic happened and everyone spoke about a ‘switch’ to daywear, all that felt a bit foreign to me. That’s what I was doing already, and what I’m most interested in: That reality and functionality of clothes,” said the designer.

She spent much of the lockdown with her young son in Korea and wanted to channel some of his carefree, happy spirit into the range in the form of crab and seaweed prints, buttons in the shape of the sun, or four-sleeve sweaters — the two extra sleeves can be tied around the chest to give the wearer the hug they’ve been missing during confinement. 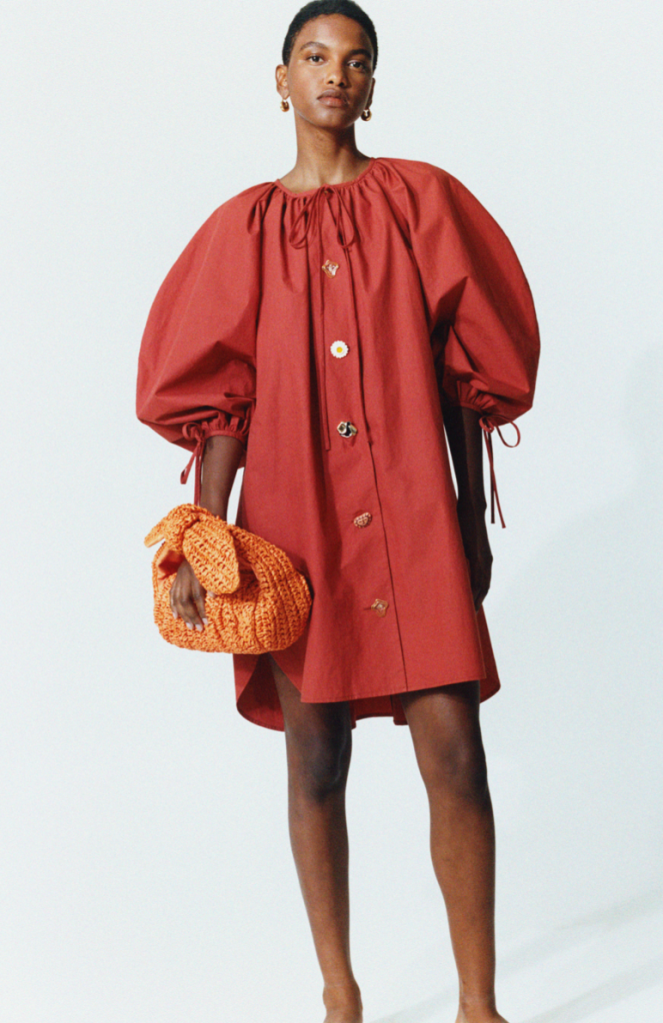 Amid the witty, brighter pieces are also more grounded ones, as in open-weave linen suits or easy-to-thrown-on mididresses — a reflection of the designer’s measured optimism.

“You can feel the hopeful energy for summer, but there’s also this idea that happiness can be momentary, because with what’s happening around the world, we just get these glimpses of moments,” said Pyo.

The collection has been presented on four creatives, from South Korea, New York, Denmark and Seoul, who will showcase the clothes in their own environments, alongside their artworks or music.

“People can see the clothes in a new context and at the same time enjoy the art and the music,” said Pyo, who has been seeing engagement on her own platforms increase and plans to focus more on her direct-to-consumer businesses.

“I’m looking forward to having more alignment with customers and sharing that sense of excitement [of a new collection launch] in real time.” 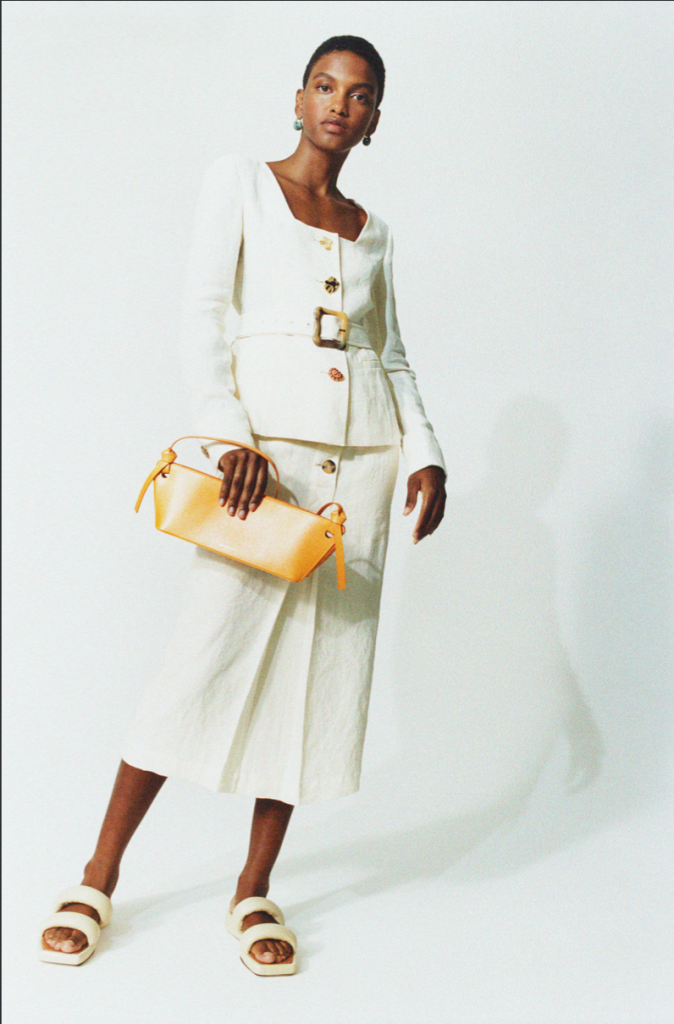