On Thursday, on the same block of Maiden Lane as luxury leaders Hermès and Fendi, and fashion-tech upstarts Warby Parker, Cuyana and Rent the Runway, she will open Re:Store, a new retail concept backed by Sequoia Capital, which also helped finance Glossier, AirBnB and YouTube, among others.

Re:Store’s core mission is to give direct-to-consumer brands turnkey co-working, fulfillment services and storefront space to connect with consumers in real life. To stock the store, Cruz tapped a team of curators including former Refinery 29 fashion director Alyssa Coscarelli and influencer Vivid Wu who looked at variables like Instagram followings (hero brands have more than 600,000 followers) and purpose-driven philosophies. Brands lease space from one to eight months and share revenue with Re:Store.

The interior was designed by Robert Storey of Storey Studios, who has worked with Nike, Everlane and Gentle Monster, with a dreamy blue colorscape that’s meant to evoke San Francisco’s sky and photo-ready backdrops that nod to Glossier’s Instagram-worthy vibe, Cruz said.  Designed to be a community space, too, akin to nearby club The Wing, there is room for customers to sit and co-work, or get a manicure at the Lacquerbar pop-in.

“I don’t believe in a world where physical retail doesn’t exist but I like the fact that it’s changing and I think there is opportunity to own that space,” said Cruz, a 31-year-old Miami native who launched her own direct-to-consumer handbag line, Archer Brighton, while still a student at the University of Pennsylvania. “My experience having been a brand owner, I understand how much I needed physical sales. I also understand the need from a business perspective, and as customer. I go to every single Wing event. It gets me out of the house.” 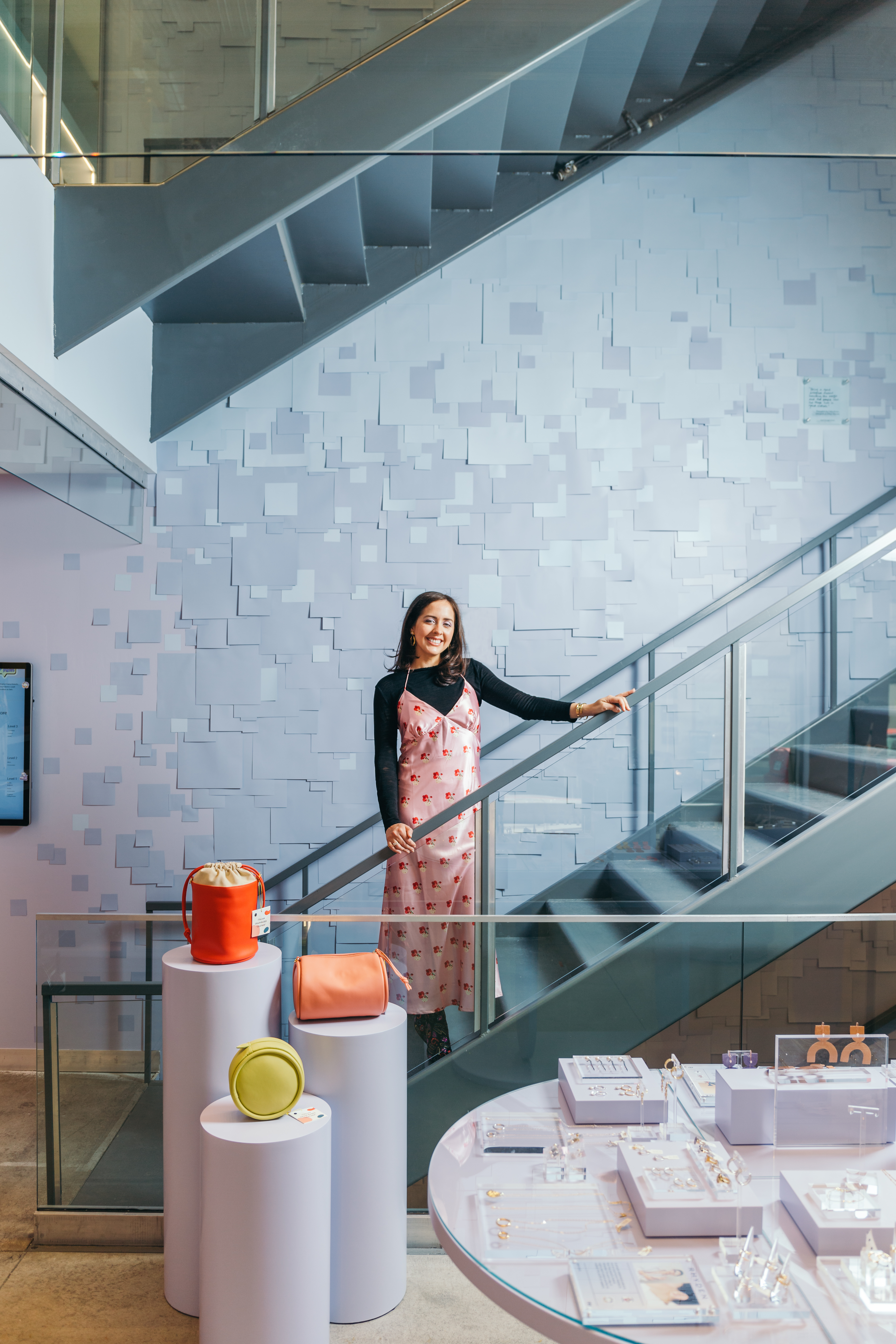 “Physical retail that’s just come and buy isn’t happening any more,” added Cruz, who conceived of Re:Store as an evolution of a pop-up she created for local brands in her San Francisco apartment living room in 2017. “Every brand wants to be connected with customers, it’s just expensive. If you are able to bridge the needs of everyone, you’re able to reinvent retail.”

“We were attracted to the branding and community of designers we admire,” said Buhler of Lisa Says Gah, noting that the styles being stocked are online bestsellers made in San Francisco. “Re:Store aligns with [our] vision of curating new talent in the industry, connecting the customer with truly special pieces that are mindful of sustainable practices.”

It was through the female mentorship events series Female Founders Office Hours that Cruz secured funding from Sequoia Capital partner and former Polyvore chief executive officer Jess Lee and was connected to The Wing’s Audrey Gelman and Glossier’s Emily Weiss for mentorship.

“I didn’t know you could fundraise with an idea, I saw on Facebook about this event, and they helped me create a pitch deck and connect with investors. That took two weeks, then I went out to fundraise and we raised $1.7 million in under two months,” said Cruz. “I got the money and didn’t know what to do with it — originally the idea was supposed to be much smaller scale. But once we raised money we found space. They usually only allow chain retail in this area, and for us to never have operated a physical store, we had to sell the landlord. That was our biggest hurdle.”

“Selene wasn’t just pitching a product,” said Lee. “She was pitching a new solution to an old idea, one that brings more people together while giving start-up brands a chance to shine in their own space. Her enthusiasm is contagious, and her vision is exactly what retail needs right now.”

Cruz notes there is a substantial waiting list of brands interested in getting into the store, and she’s already eyeing L.A. for a second location. “I haven’t heard anyone not get it or not be supportive. People are trying to find community, getting off Facebook, showing up and trying to connect. People are needing to be human again. San Francisco has always been a place of inspiration, and I think it’s good to start in San Francisco where most retail is dying. You feel it here, so I think it will be interesting to prove it in a market that really needs it.”