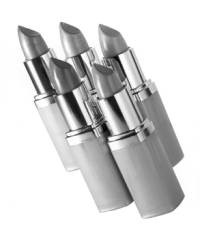 This story first appeared in the September 6, 2002 issue of WWD. Subscribe Today.

For the six months ended June 30, the firm registered adjusted operating profits, including exchange gains and losses, of $1.03 billion, up 27.2 percent versus the same period in 2001. Dollar figures are converted from the euro at current exchange rates.

L’Oréal’s consolidated first-half group sales were $7.29 billion, up 5.6 percent based on a consolidated basis and 8.6 percent on a like-for-like basis.

Following Wednesday’s announcement, numerous major investment banks upgraded their L’Oréal recommendations. For instance, Merrill Lynch switched it to “buy” from “neutral,” Exane to “outperform” from “neutral” and Dresdner Kleinwort Wasserstein to “add” from “hold.” This comes just four months after DrKW — among others — issued a “sell” recommendation on L’Oréal.

At that time, some money managers recommended to sell so-called “defensive” stocks, such as those in the cosmetics industry, since they believed the market was in the early part of an economic upturn and wanted to buy equities whose earnings would sharply increase at such a time. Subsequently, however, analysts have seen such a recovery delayed.

“L’Oréal’s results themselves were quite outstanding,” said Sandhya Raju, equity analyst, vice president at Merrill Lynch in London, of the first-half figures, which were presented at a two-hour analyst meeting at L’Oréal’s corporate headquarters in the Paris suburb of Clichy.

“Nobody was expecting the magnitude of the increase,” agreed Antoine Belge, a Paris-based luxury goods analyst at ABN Amro.

“Margin improvements were what surprised most analysts, as well,” continued Raju.

While many forecasted a little uptick, L’Oréal’s margins in the period progressed to 14 percent of sales, from 11 percent in the first half of the previous year. EBIT increased 27 percent.

These resulted from numerous factors, including a cost of goods decline to 17.3 percent due to economies of scale, an improved product mix, a successful integration of acquisitions and enhanced inventory management. External charges also were weighted less as a percentage of sales in the first half. In the first half of 2001, they were 46.1 percent of sales, versus 44.5 percent in this year’s period.

“We’re seeing the rate of L’Oréal’s profitability improve at a faster rate than in the past,” said Raju.

“L’Oréal is now reaping the fruits of previous acquisitions and investments in new markets,” said Belge.

Even in Germany — a particularly difficult market these days — L’Oréal’s sales increased by 5.6 percent.

During the meeting, Lindsay Owen-Jones, L’Oréal’s chairman and chief executive officer, emphasized his firm’s skin care sales, which were up 26 percent in the period. Many analysts interpreted this to mean that the firm is not keen to bolster its position in the category via the acquisition of Nivea from Beiersdorf, as recent rumors suggest.

Some key negatives noted by analysts among L’Oréal’s first-half figures were increased personnel charges, which accounted for 19.3 percent of sales in the first half of 2002 — primarily due to the implementation of the 35-hour work week in France and a more linear accounting of pension costs. Last year, personnel charges were 18.9 percent.