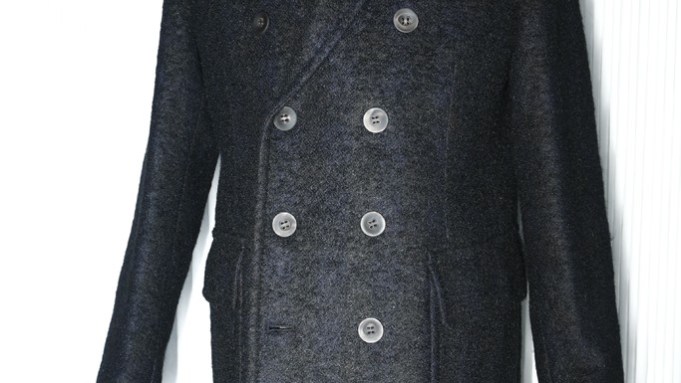 The mood among retailers was upbeat at the New York trade shows last week as they bathed in the glow of solid holiday-season results and a decent early start to the new year.

Specialty and department stores from around the country converged on the city for their first look at the fall season, hitting Project, Liberty, Capsule, MRket and Agenda, as well as showrooms around town. Among the top categories on their shopping lists were ath-leisure-inspired sportswear, slim suits, soft hybrid sport coats and updates across the board, particularly in the floundering furnishings category.

“There are a lot of brands doing good but similar product,” said Ken Giddon, president of Rothmans. “So the challenge for retailers is to pick the right ones and make the best deals in a market not generally kind to independent retailers.”

Giddon’s top picks for fall were in ath-leisure, soft coats and hats. “And there are a lot of great slim suits and outerwear out there,” he said, pointing to coats from G-Lab and Mastrum as standouts, along with sport coats from Nikky and clothing from Without Prejudice. He also singled out Rodd & Gunn and Victorinox as standouts for the season.

Giddon said he expects 2015 will be a lot like last year in terms of business. “No one will be breaking any records but should be in the -5 to +5 territory,” he said. “The news on the economy is in, and I don’t see it getting any better, so we have to carve out our business from a pie that won’t be getting any bigger.”

Wally Naymon of Kilgore Trout in Cleveland was more optimistic. “Although we’re still having ups and downs, business is better than last year. There seems to be a little more energy in our community and that bodes well for our future.” Holiday sales were “decent,” he said, with strength in made-to-measure clothing. And because last spring was “very difficult — it didn’t warm until June — we’re up against comps that are easily makeable. January is terrific so far, and new receipts are selling.”

In New York, Naymon visited mainly showrooms to shop for tailored clothing. He said that while the Europeans are beginning to show “more relaxed silhouettes, if I put that in my store, my customers will kill me. It’s taken all these years to get them into slimmer product. Unlike women’s, men’s can’t change overnight.” He said that luckily, Isaia, Etro, Zegna, Canali and Samuelsohn were still showing slim styles.

He also said he would “review” his sales to determine the “bottom 10 to 15 percent of vendors” and make some changes where necessary. “But the only place we really see a decline in interest is furnishings,” he said. “If I were a tie vendor today, I would be looking for another business.”

Jason Somerfeld of Letter J in Manhattan said holiday business picked up the last 10 days before Christmas, with customers responding to “comfort,” such as soft flannel shirts and hybrid blazers, a trend that has continued into January.

At the shows, Somerfeld was looking for pieces to inject some color into his store. “Fall looks good, but it’s dark,” he said. He especially liked Timo Weiland’s sweater with a dog motif, active tuxedo pants and novelty outerwear. He was also looking or novelty T-shirts and knits. “You have to give people a reason to buy,” he said.

Erick DeLeon, buyer/manager of Martin Patrick 3, said holiday was also strong for the Minneapolis-based specialty store. “We had a great response to what we brought in,” he said, pointing to Isaia and Rodd & Gunn shops-in-shop that performed particularly well. “And Vince hit it out of the park this year,” he added.

Business continued to accelerate in January, and he said he is “hopeful for a great 2015.”

DeLeon said his visit to New York was mainly to work showrooms. “We’re always looking for new brands,” he said. “We like to refresh where we can.”

Design/Inspiration: The Italy-based manufacturer has a long history in the outerwear business. Although Hevo was only established in 2009, it traces its roots to a small shop that was opened in 1950 by the father of Hevo’s sales manager, Bruno Gianfrate, who created luxury coats. “We’ve always specialized in coats — that’s our history,” he said.

Key styles: Hevo offers outerwear in updated wools, as well as wool blended with nylon, alpaca or mohair, many of which are waterproof. Styles include field jackets and peacoats in addition to overcoats, all of which are manufactured in the company’s factories in Italy.

Design/Inspiration: Founded in 2006 in Japan, the White Mountaineering label is inspired by the concrete buildings in Tokyo that glow white and look like mountains. This is the second season the Asian label has teamed with Barbour on a higher-priced offering, or what the brand calls “the tip of the pyramid.”

Key styles: Targeted to a more fashion-forward customer, the collection offers jackets in different lengths and weights; patchwork knitwear; printed sweatshirts and trousers. Fabrics range from waxed cottons to corduroys, leathers and tweeds. The key pattern for fall is the Japanese tempest wave in dark olive and navy that is used in everything from the linings in waxed field jackets to quilted vests, as well as a wool car coat with leather trim.

NEXT: Eight Field of Freedom >>

Design/Inspiration: Gonzalo Posada is a denim veteran whose background includes Guess and True Religion. One year ago, he launched his own men’s brand, employing vintage sewing machines that were originally used for parachutes, hats, blazers and chenille. The end result is a denim offering with unique stitch variations and construction. Buttons and rivets also have a vintage vibe. “Everyone uses the same mills and laundries,” Posada said. “So I tried to go with something different.”

Key styles: Jeans in a variety of hues, as well as jackets, sport coats and even a slim-fit suit.

NEXT: Project A by Zanerobe >>

Brand: Project A by Zanerobe

Design/Inspiration: A more elevated offering from the Australian sportswear brand that has built a reputation for fashion-forward basics over the past decade. Luke Scott, designer and head of apparel, said the collection of shirts, pants and jackets are made from Italian or Japanese fabrics and offered in only limited runs. “Everything is elongated and there’s minimal stitching,” he said.

Key styles: A sweatshirt in a charcoal digital print with a drop shoulder; a quilted hoodie with mélange jersey lining and aluminum gusset zips, and dry-cotton T-shirts with Amish split hems and raw-denim seams.

Design/Inspiration: The collection is inspired by Denmark’s heritage in architecture, merging classic elements of design in furniture, fixtures and industrial design from the Sixties with a simple, everyday approach.

Key styles: This Copenhagen-based brand started out designing eyewear and broke into the U.S. market in 2010 selling its accessories at Steven Alan. Three years later, the brand launched an apparel line and opened its first brick-and-mortar shop in New York City. The apparel offering is defined by refined and clean lines, as characterized in medium to heavy trenchcoats in bright colors and down bombers in “cashmere” embossed-cow-grain leather.

Design/Inspiration: “We wanted to translate the classic Dickies uniform feel into modern men’s wear with a twist by achieving that layered effect, as the quilted jacket is shorter than the woven shirt,” said creative director Willy Chavarria.

Key styles: Dickies, the venerable workwear brand, teamed with Construct to create a contemporary line that doesn’t stray far from its DNA. The capsule collection consists of classic Dickies pieces that are tailored and available in only three colorways. Signature webbing is seen throughout, and its strongest look is an updated jacket and quilted vest.

Design/Inspiration: The Black Cat capsule collection pays homage to the U.S. military from the 13th Armored Division in World War II, using a custom camouflage pattern that was issued to Vietnam-era elite and special operations units.

Key styles: The California-based streetwear brand offers Fifties-inspired athletic apparel and Americana workwear in the form of varsity garments such as captain’s baseball or tailgate football jerseys and a railroad jacket.

Prices: Outerwear, shirts and pants are all under $150.

Design/Inspiration: The Future Legends collection is designed for the young and aspiring competitor hoping to become a professional athlete, while the Strange Battlefields line is targeted to avid runners.

Key styles: L.A.-based performance lifestyle brand Brandblack focuses on sportswear and footwear and even nabbed L.A. Clippers guard Jamal Crawford to serve as its brand ambassador. Neoprene and nylon have become the brand’s signature fabrics, and for fall the line offers a luxury cape and lightweight running short made of ripstop nylon.

Design/Inspiration: Form and function for the world-class jet-setter who’s always on the go.

Key styles: Offering a luxury spin on travel apparel, Craft Atlantic stays deep within the hues of navy, indigo, steel and gray. The Midway tech Fleece Series is an elevated, modern take on the sweatshirt that uses fine Italian wools. The sweatshirt, along with complementary pants and a zip-up offer a polished and tailored look. The vest and windbreakers are lightweight and waterproof.

Key styles: Inspired by pieces within Champion’s archives, American designer Todd Synder revamps these classics in his own aesthetic. Camouflage sweatshirts and indigo/heather fleeces developed in Italy are the statement pieces for fall.