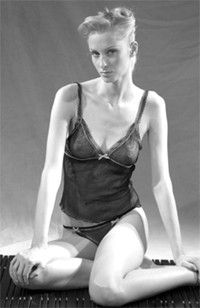 NEW YORK — This week’s market will be a time of reflection for many retailers and vendors.

Despite a spike in retail sales of intimate apparel, sleepwear and at-homewear for fall, gaining consumer confidence remains challenging, and merchants and manufacturers are rethinking ways to create growth incentives in established lines.

They are also looking to build and develop areas of opportunity, such as young contemporary merchandise that has a strong fashion twist appealing to younger consumers and Baby Boomers. With this idea in mind, contemporary daywear continues to drive the lion’s share of store sales, especially fashion daywear items like camis with boy-cut pants and low-rise thongs in novelty fabrics, prints and treatments.

November typically is a noneventful market, reflecting a delivery period that coincides with storewide sales: Mother’s Day business through July. It’s also an indecisive time for retailers when it comes to back-to-school programs. Some national chains like Sears Roebuck Co. and promotional department stores such as Kohl’s want to get a jump start on b-t-s business. However, a majority of department stores are not yet ready for a full transition into fall.

Daywear may be the flavor of the month, but the segments that need a redo, as well as a reduction of inventory levels at the wholesale and retail sectors, are the heavily promoted foundations and underwear businesses, traditional sleepwear and loungewear, which has been bloated with dual-purpose active looks at every price point and every channel of distribution.

With a continuing blurring of classifications, loungewear in particular has become an enigma for merchants and makers. Laid-back active looks, including a variety of tops and pants, have deluged a number of departments ranging from at-homewear, robes and sleepwear to exercisewear and casual sportswear.

Vendors generally believe fashion and product innovation are the answers to the oversaturation of basic merchandise, primarily in the at-homewear category. With updated fashion looks, dressier, more sophisticated fare appears to be key based on strong fall sell-throughs, executives noted.

Jessica Mitchell, senior vice president of sales and brand development at Natori Co., said, “This will be a strategic market for us, and we will be talking about opportunities for growth for spring as well as new ideas. We’ve been out to the stores and we see where the opportunities are to grow our businesses at stores.”

Josie Natori, chief executive officer, said luxe at-homewear that is “dressier and more sophisticated” has been a top-performing classification. She said it will be an area the company will expand for fall.

Seth Morris, president of Carole Hochman Designs Inc., said: “November market is not that big of a market and the delivery period is in no-man’s-land: Mother’s Day through July. Deliveries are tougher because there’s a lot of markdowns and clearance on the selling floor, so much so that we’ve tried to streamline assortments and presentations. Our lines are smaller, focused and concise.”

“I believe it’s much too early to show fall,” said Carole Hochman, chairman and design director of the Hochman firm. “I think everything gets to the stores too soon. The consumer isn’t looking for winter clothes or sleepwear for that matter. She’s interested in wear-now items.”

Howard Radziminsky, senior vice president of sales and merchandising at Movie Star Inc., said: “It’s not the biggest open-to-buy month, but it represents a change of season. The mood of retailers is pretty good and there’s a little better anticipation about what’s happening. We’ve had a nice spike in daywear replenishment items.

“Stores are working closer to need with delivery cycles that are tighter and tighter. November may be a very dull market, but retailers have told us they’ve seen a lot of new product, that the market had a lot of thought and work put in it.”

Companies such as Richard Leeds International believe the timing is right to show early fall and b-t-s programs.

Holly Price, national sales manager for national chains and promotional department stores for French Jenny at the Leeds firm, said: “It really is a time for reflection. We’ve repositioned French Jenny [sleepwear] to be much younger, but more contemporary and sophisticated. Retailers are rethinking how they can merchandise the floors in new, creative ways.”