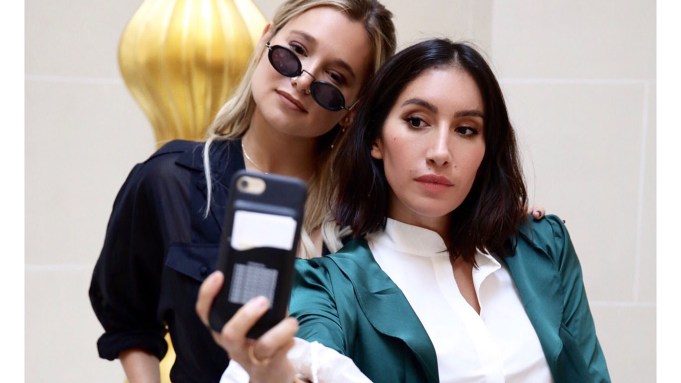 If any further proof were needed of the growing power of superinfluencers — or just plain influencers — in the retail and fashion worlds, all one has to do is look at the numbers at Revolve: Up to 70 percent of the site’s revenues are driven by influencers.

Which means that the e-commerce site — said to be on track to surpass $1 billion in sales this year — can thank a loyal network of global content creators for fueling a staggering $650 million to $700 million of its revenues by year’s end. Sales “driven by influencers” either come from an influencer’s direct link to purchase or a Revolve activation where influencers were present, explained Michael Mente, cofounder and cochief executive officer of Revolve.

“The industry as a whole is trying to wrap [its head] around the permanence of influencers and how to leverage and integrate them into their businesses. This is something we feel very proud of. It’s super important to the core of our business and we see it being integral for years and years to come,” he told WWD.

And for those still skeptical about the value of these individuals, Mente offered up some more statistics: About 40 percent of traffic to Revolve.com comes from either influencers or social media and more than 5,000 influencers are part of Revolve’s influencer network (Mente declined to reveal what portion are paid partners). They’ve been instrumental in the launch and promotion of Revolve’s in-house brands, a portfolio of 15 labels that includes Grlfrnd Denim, Tularosa, Lovers + Friends and Chrissy Teigen x Revolve, introduced last week. In 2018, three different lines will launch throughout the year.

Furthermore, at the most recent #Revolvefestival, the retailer’s activation during Coachella’s two-weekend festival last spring, Mente said more than five billion press and social impressions were generated solely during the first weekend. He called it the most significant influencer activation of the year for the retailer, with over 700 influencers tagging and posting about Revolve throughout, and predicts the same for next year. Analytics data from Tribe Dynamics revealed that Revolve generated five times more social actions than H&M, the official sponsor of Coachella, for both weekends.

“A large portion of the fashion community and the world and culture [at large] is focused on this global event. It’s our largest-scale event and will be again [next year]. It will be quite similar but just bigger and better. It’s hundreds of influencers wearing our outfits over days. It’s a real-life fashion show times a hundred,” Mente said.

The above numbers, which also include an average annual growth rate of 33 percent, were revealed two weeks after it was reported that Revolve was said to be eyeing an initial public offering. The retailer hired Bank of America Merrill Lynch to advise on future growth strategies, inclusive of raising funds for future expansion. Monte declined to comment on a pending IPO but an industry source said going public is imminent for the Cerritos, Calif.-based retailer.

But more than anything, the influence and selling power that online content creators wield proves that they have become the next generation of marketers. It’s the top tier especially, or the superinfluencers, who are now masters in the art of marketing and are more adept at storytelling, selling product and engaging with their followers than any traditional channel of advertising has ever been. One would be hard pressed to name another retailer of scale that could attribute two-thirds of overall sales as coming directly from the influencers with which it partners.

Raissa Gerona, Revolve’s chief brand officer, spearheads influencer initiatives for the retailer. She’s become somewhat of an influencer herself — she has 108,000 followers on Instagram — and is frequently photographed with a number of the superinfluencers in attendance at the Revolve Social Club on Melrose Avenue in L.A. or at any of Revolve’s lavish getaways. These include October’s trip to Lake Como, Italy and a sprawling Hamptons house overflowing with influencer guests last summer. The hashtag #Revolvearoundtheworld has become synonymous with these trips and events.

When asked, Mente and Gerona couldn’t get more specific about exactly how much in sales each content creator is responsible for, but the retailer’s latest initiative, #Revolveawards, helps shed some light on this. A key part of the awards,  which will take place in Los Angeles on Nov. 2,  is a call to action for consumers, the two stressed. For Revolve, the annual honors will serve as a way to “propel the influencer space in a macro sense.” Content creators, especially those nominated, will even play a significant role in spreading the word across their social channels to encourage their followers to vote.

Influencer of the Year selections were based on data, analytics and engagement, as well as how much customers are engaging with and liking their content. It’s not all sales driven, Gerona pointed out, but a mix of the most significant sales, traffic, awareness and engagement drivers.

And as many in this group have lines of their own, nominees for Best Influencer Brand are Archive Shoes by Danielle Bernstein, Chiara Ferragni Collection by Chiara Ferragni, Gisou by Negin Mirsalehi, Same Swim by Shea Marie and Shop Sincerely Jules by Julie Sariñana. Beauty Influencer of the Year nominees include: Hrush Achemyan, Jen Atkin, Jenn Im, Marianna Hewitt, Olivia Culpo and Patrick Ta.

“The consumer’s opinion is the only one that matters and that applies to all aspects of the Revolve business, starting with the merchandise, but equally important is the influencers [with whom we collaborate]…We work with so many [influencers], literally over 5,000 on an ongoing basis,” Mente said, clarifying that not all are paid exclusively. “Whether it’s coming to events or promoting product — the whole spectrum of activities — these girls are the ones that we’ve seen are the most powerful. They are doing amazing things for other businesses as well. We respect them as entrepreneurs and love seeing the big business they’ve built with no roadmap.”

Gerona interjected: “We wanted to make sure that we really had their [consumers’] say and feedback. They’re so familiar with our network of influencers so we thought it was important to have a say and have a voice on who should win.”

Recipients and honorees will go home with “R” trophies, including Chrissy Teigen, who will be named Woman of the Year at the ceremony. The remaining nine receiving honors, including Elizabeth Sulcer for Stylist of the Year, were decided upon by an internal panel selected by the Revolve team to inject a “behind the scenes” aspect to the awards.

“Revolve provides us with constant feedback of the sell-through done on their web site. Because of the close relationship we have with them — and daily sales stats — we are very much aligned on how to create content that converts well,” said Mirsalehi.

According to the Amsterdam-born influencer, nominated for two awards, her relationship with Revolve is twofold. She first teamed up with the retailer on a partnership basis during Coachella in 2015 (and has worked with Revolve ever since) and also counts revolve.com as a stockist for her Gisou hair-care line.

“[Revolve] created this amazing, inclusive world. It goes outside of just celebrities, and it makes everyone feel like they can be a part of it,” said Atkin, founder of Ouai Haircare and hairstylist to ‘It’ girls like Bella Hadid and Kaia Gerber. Revolve also carries Ouai in its year-old beauty shop and hosted a brunch for Atkin during Paris Fashion Week.

Atkin added: “People look more forward to being invited to their events than major luxury brand events. They are the cool kids. They are changing the way people look at fashion.”