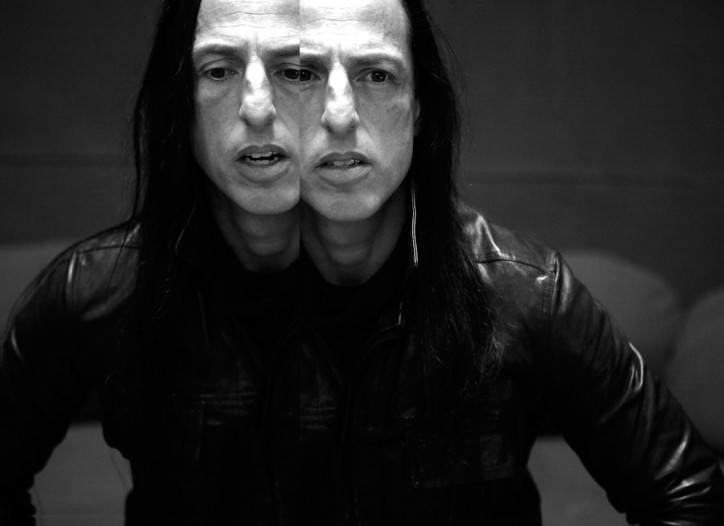 At least Rick Owens is man enough to apologize.

After belittling the style sense of the fanny pack–wearing, sneaker-loving American tourist in an interview earlier this year, the Los Angeles–born, Paris-based designer is making amends for spring by paying homage to the Average Joe.

“I sounded like a pompous d–k,” Owens confesses by telephone from the Grand Hôtel de Cabourg in northern France, his usual summer haunt. “So I dedicated my [spring] collection to the American tourist.” The apology may not put Owens’ Palais Royale store second to the Eiffel Tower on a U.S. visitor’s list of top Paris attractions, but his faux pas certainly didn’t hurt his business. Revenues at the Goth-luxe label grew double digits over last season—to an estimated 25 million euros to 30 million euros, according to sources—and the 47-year-old designer plans to open more stores, despite the somber economy.

Owens says he owes his success to luck. “It sort of just happened,” he reasons. “Like the way men’s happened, like the way my entire career happened.” Whether motivated by gloomy world affairs, a dreary economy or simply that the fashion cycle has turned once again, more budding designers are turning to the dark side and viewing the long raven-haired Owens as its high priest. He is clearly thriving in the darkness by more than just chance.

Although directional in its own right, Gareth Pugh’s much-hyped aesthetic owes plenty to his mentor Owens—49 percent of his business owned by Owens’ wife, Michelle Lamy—while others, including Damir Doma, Julius, Helmut Lang, Ohne Titel, Haider Ackerman, Rag & Bone, Alexander Wang, have all been influenced by the designer.

“To tell you the truth, it thrills me,” Owens says. “It’s either very flattering or insulting when it’s a blatant knockoff—insulting that they think I’m so insignificant that no one would notice. But it’s natural. When I started to design, you would be able to dissect and analyze my collections, too.”

Ed Burstell, buying director at Liberty, was the first retailer outside a small shop in Los Angeles to pick up Rick Owens women’s wear for Henri Bendel in New York in 1996. He says now is Owens’ moment, particularly for men’s wear.

“It absolutely is,” Burstell says. “He is showing men how to layer the soft with the hard and he pushes things forward by playing with proportions to create a unique silhouette.” Tom Kalenderian, executive vice president and general merchandise manager of men’s for Barneys New York,agrees: “The business has changed. More men who buy fashion are looking for brands that are unique and exclusive.

It is no secret that Rick Owens men’s wear fills that need.” Oriole Cullen, curator of fashion and textiles at London’s V&A Museum, attributes Owens’ growing following partly to the wearability of his collections.

“You tend to think of it as a bulky style, but, in fact, each look involves many separate pieces and layers,” Cullen said. “It’s not age-specific. It looks good on a variety of body types, and, at a time when the focus is on investment pieces, his is a wardrobe that you can build on and add to. If you buy a Rick Owens piece now, it will still be relevant in seasons to come.…His is also a very recognizable aesthetic, but one that doesn’t scream fashion.”

Owens says men’s wear, which he showed for only the second time on the runway during Paris Fashion Week in June, is the driving force behind this growth, now accounting for 25 percent of total company sales and around half the revenues in his four boutiques.

“I’ve been doing a men’s collection for six seasons now and demand is increasing,” he says. “Fashion has become kind of like a new sport that has filtered into the man’s world. It deserves to be developed.”

While dramatic draping, cocooning volumes, androgyny and a somber monochromatic palette is the Rick Owens signature, the designer says he plans to explore what for him is new territory by focusing on the suit.

“I am completely aware that I have established my look, but it won’t last forever unless I keep pushing it forward and infuse it with the energy of progress,” Owens says. “My last show was an expression of a younger me. I don’t want to alienate my consumers. I want to be a 16-year-old skateboarder, even if I am a middle-aged, gray-haired man—although nobody is going to know that because I am going to dye my hair forever—but every man can benefit from a suit, even me.”

For Owens, the ideal direction lies somewhere between Austrian actor Helmut Berger and folk singer Neil Young.“Berger for the glamour element. He wore tons of makeup and uniforms that were cut so beautifully, and personally, he was bisexual and kind of scary in a very glamorous manner,” says Owens.

“And Young for the fact he is a poet with integrity, a normal scruffy guy who wears scruffy plaid shirts and jeans, who has a modest and reserved side.” Such duality is central to Owens’ designs. From a distance they have the distressed irreverence of surplus wear; up close they reveal the luxury of a couturier in rich fabrics and a sophisticated cut.

Despite his talent at the cutting table, Owens admits he has much to learn from the tailoring trade in Italy, where he produces his sartorial pieces.“I’ve been having a hard time getting the tailoring exactly the way I want it,” he says candidly. “I’d have a lot more tailoring in the collection if I had a better hand on production. There are all those mysterious underlinings and interfacings that I don’t completely understand. Women’s clothes I completely understand, but with men’s, I’m working in the dark sometimes.” Looking ahead, Owens says he intends to add more texture and even introduce prints for fall. “I’m thinking old French money in an old library with a fireplace, flowers and old books,” he explains, adding his upcoming women’s collections also could be influenced by his growing tailoring skills.

While unusual volumes have been a trait of Owens’ design, his approach to business is more compact. “We don’t have much overhead. We work very close to the bone and we are not a big company, luckily,” the designer explains. “We’re doing OK.”

Being small also has helped him stay close to his customer. “I am my consumer, and my consumer is niche,” Owens says. “I am in the luxury position to perform for a very small niche in the market. I don’t have to accommodate everybody.”

That said, he is looking to expand internationally. After inaugurating his fourth store in Tokyo in September, Owens is set to open a fifth in Seoul before the end of the year. His other boutiques are in Paris, New York and London. And without outside investment.

“I think I am on a run now. I want to excel. I want to be involved in everything, and I realize I don’t want to be a megabrand. Besides, I am making enough money now,” says Owens, who came close to selling his business, whichis debt-free, four years ago.

“You get to that kind of level and it turns into a lot of other people trying to make money off of you. And you know what? I don’t care. It starts with too many cooks in the kitchen, then a power struggle and then massive expansion, and it’s just not my thing. I would just be providing for people riding on my good aesthetic, and I really don’t need for that to happen.”

He adds: “The timing for Rick Owens has worked out very nicely. We might be in the right spot at the right moment. It doesn’t mean that it is going to last forever, but we are at least going to enjoy it while it does.”