The LVMH Prize jury was unveiled alongside the eight finalists for the seventh edition of the award.

By Joelle Diderich
with contributions from Natalie Theodosi
on March 10, 2020

PARIS — The jury of the LVMH Prize for Young Designers just got even starrier: Rihanna, Virgil Abloh and Stella McCartney are joining the panel that will pick the winner of the seventh edition of the award on June 5.

“I wish to thank them for their involvement and their support to young creation. The prize is an incredible opportunity for these young designers to be appraised by them and to enjoy their advice,” said Delphine Arnault, the force behind the LMVH Prize and a key talent scout at the family-controlled group.

The executive announced the composition of the jury alongside the eight finalists for the award: Ahluwalia; Casablanca; Chopova Lowena; Nicholas Daley; Peter Do; Sindiso Khumalo; Supriya Lele and Tomo Koizumi.

Rihanna — or Robyn Rihanna Fenty, as she is known professionally — is one of the latest designers in the LVMH fold, after launching her Fenty label last May in a joint venture with LVMH Moët Hennessy Louis Vuitton, the parent of brands including Louis Vuitton, Dior and Fendi.

McCartney is another recent arrival, having sold a minority stake in her business to LVMH chairman and chief executive officer Bernard Arnault last July. Abloh has been creative director of men’s wear at Vuitton since March 2018, but was not selected for jury duty last year. 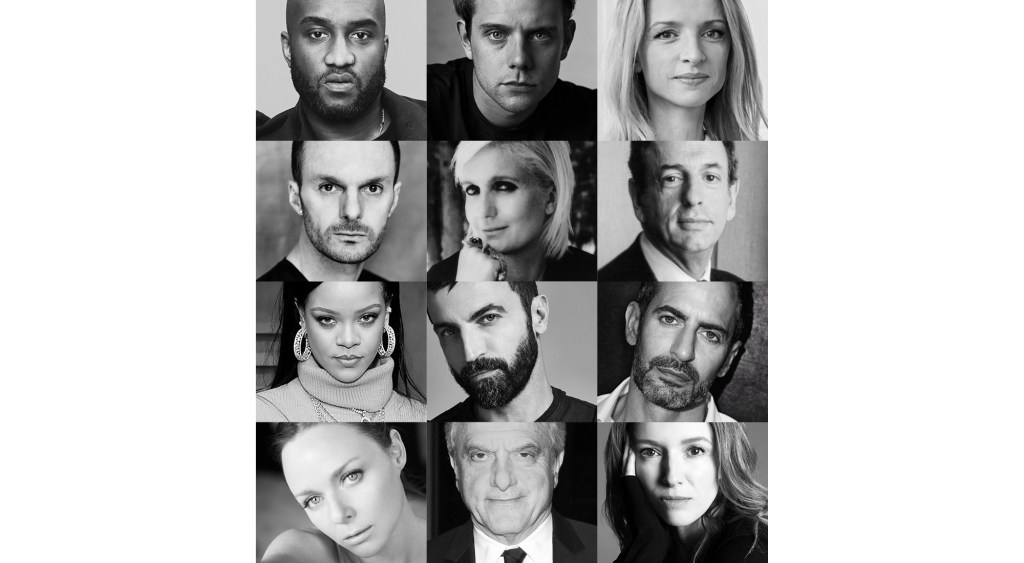 The members of the LVMH Prize jury.  Courtesy of LVMH

The finalists were selected by a panel of 68 experts during a two-day showroom event during Paris Fashion Week, although the popular cocktail celebrating the semifinalists was canceled due to the coronavirus outbreak.

“This year, once more, the semi-finalists impressed us with their creativity and their commitment to creating clothes that are respectful of the environment,” Arnault said, noting that five of the finalists design women’s wear, and the remaining three men’s wear.

Following the success of Thebe Magugu, the winner of the 2019 edition, the prize is welcoming another South African designer among the finalists. Cape Town-based Sindiso Khumalo said she wants to use her clothes to tell more positive, forward-thinking stories about Africa.

Her latest collection was inspired by West African princess Sara Forbes Bonetta, who was rescued from slavery to become a goddaughter of Britain’s Queen Victoria, with Sunday best poplin dresses with charming frills; woven jackets, and a prom dress featuring voluminous taffeta.

“I make everything myself in Cape Town. Everything from the weaving techniques we use to the stories of our muses is about African heritage,” said Khumalo. 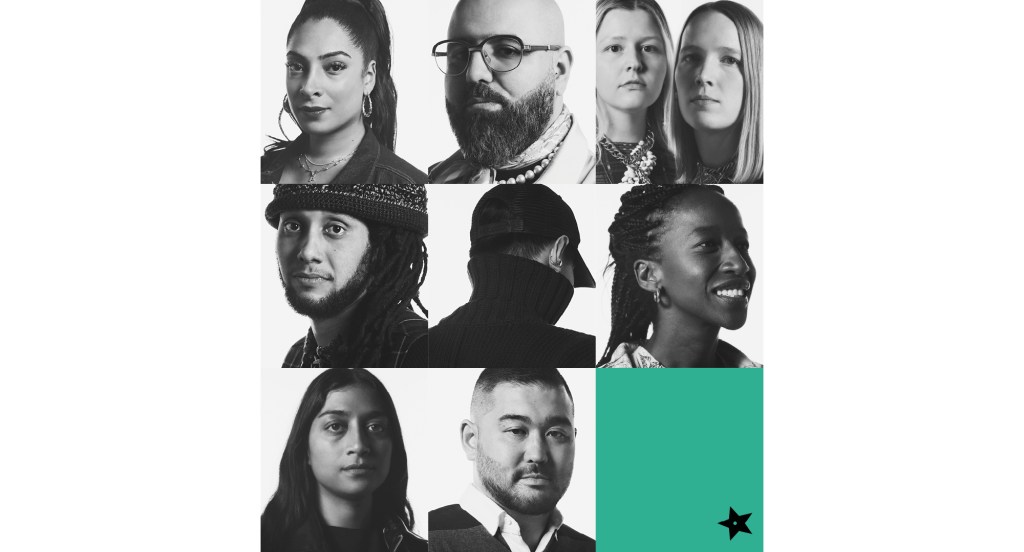 Several finalists have Instagram to thank for the career-making opportunity. Among them, Tomo Koizumi, Chopova Lowena and Peter Do have all leveraged social media in different ways.

Koizumi is perhaps the most famous example: After Vogue talent scout Sara Maino posted one of his colorful, oversize ruffled designs on Instagram in October 2018, things quickly snowballed. Giles Deacon and Gwendoline Christie flagged it to stylist Katie Grand, who brought him to New York to make his debut.

“She DM’ed me less than a month before my first show,” Koizumi said of the display, held at the Marc Jacobs store on Madison Avenue last February with models including Karen Elson, Bella Hadid, Emily Ratajkowski, Rowan Blanchard and Christie. The images promptly went viral.

Koizumi, who makes only custom dresses, has since seen his designs worn by the likes of Miley Cyrus and Sophie Turner, and two outfits featured in the “Camp: Notes on Fashion” exhibition at The Metropolitan Museum of Art’s Costume Institute. If he takes home the LVMH Prize, he plans to launch a commercial collection.

Do, who won a graduate award at the inaugural LVMH Prize in 2014, said the Internet has been crucial to building his U.S.-based label. “We are a Millennial brand. I met all of my members through Tumblr, Facebook, Instagram,” he said of his staff of 12. “The brand feels like it was built on the Internet.”

Last year, online retailer 24S celebrated the prize by distributing a capsule collection of outfits designed by the eight finalists, in addition to a selection of pieces from Magugu’s collection, available now.

“This year, 24S and Matchesfashion will support the finalists of the LVMH Prize and help them gain international exposure,” LVMH said, without providing additional details.