Illustrator Robert Passantino on How Fashion Hones His Eye

Though computers have largely replaced what has now become a collectible art form, there was a difference in what the artist brought to fashion.

“I always wanted to take the art to another level,” Passantino, a former staff illustrator for Women’s Wear Daily, said. WWD’s fast pace, combined with the lightning speed of changing fashions, created a fertile atmosphere for an artist to identify their style. Passantino’s style is most recognizable in the late Seventies into the Eighties when bold shoulders and bodycon were en mode, though it shifted throughout his time at the publication. 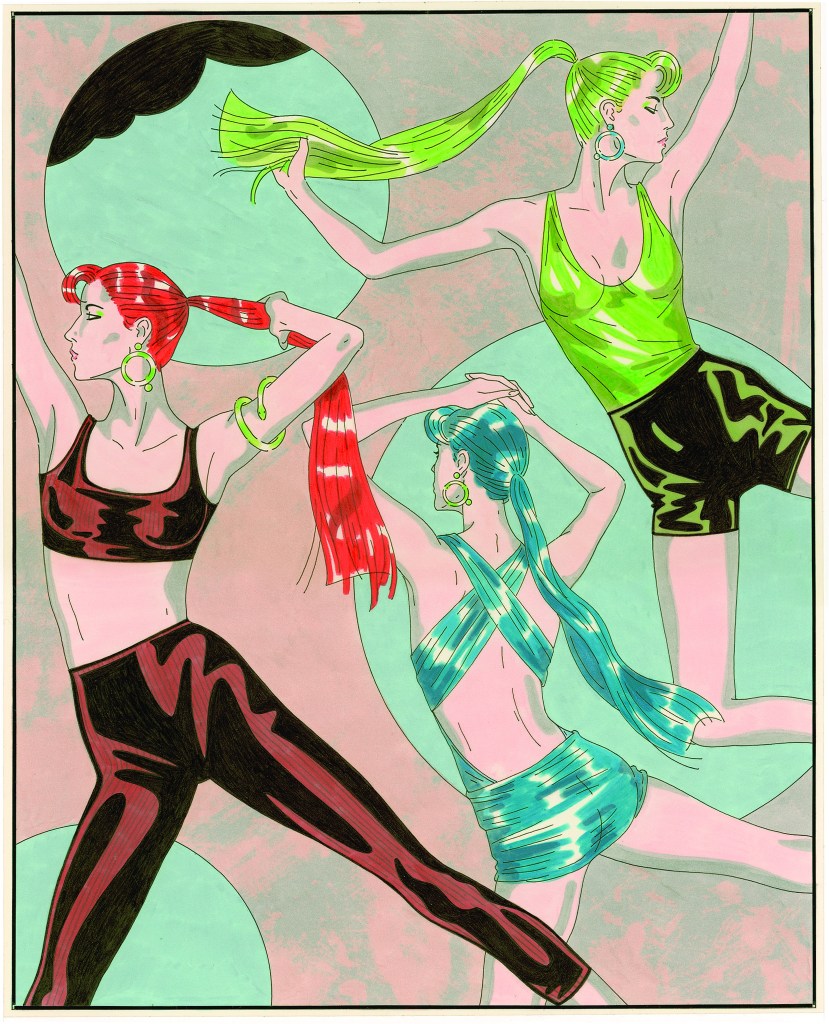 Passantino, a New Jersey native, got his start in the art of fashion at Pratt Institute, where learning the basics of clothing construction became a valuable resource for his work. He went on to the Fashion Institute of Technology, taking fashion illustration classes with professor Steven Stipelman, then a staff artist at WWD. Stipelman took a liking to his work and arranged the interview in 1969 that began his career as an illustrator.

“I remember my days at WWD. They were busy, creative days. I was lucky to work alongside artists like Kenneth Paul Block, Steven Stipelman, Robert Melendez, Glenn Tunstull, and so many others that came through the department,” he recalled. “There were about 10 of us at that time, and it was a glorious time… we were all in one office, so the creative energy was always present.” 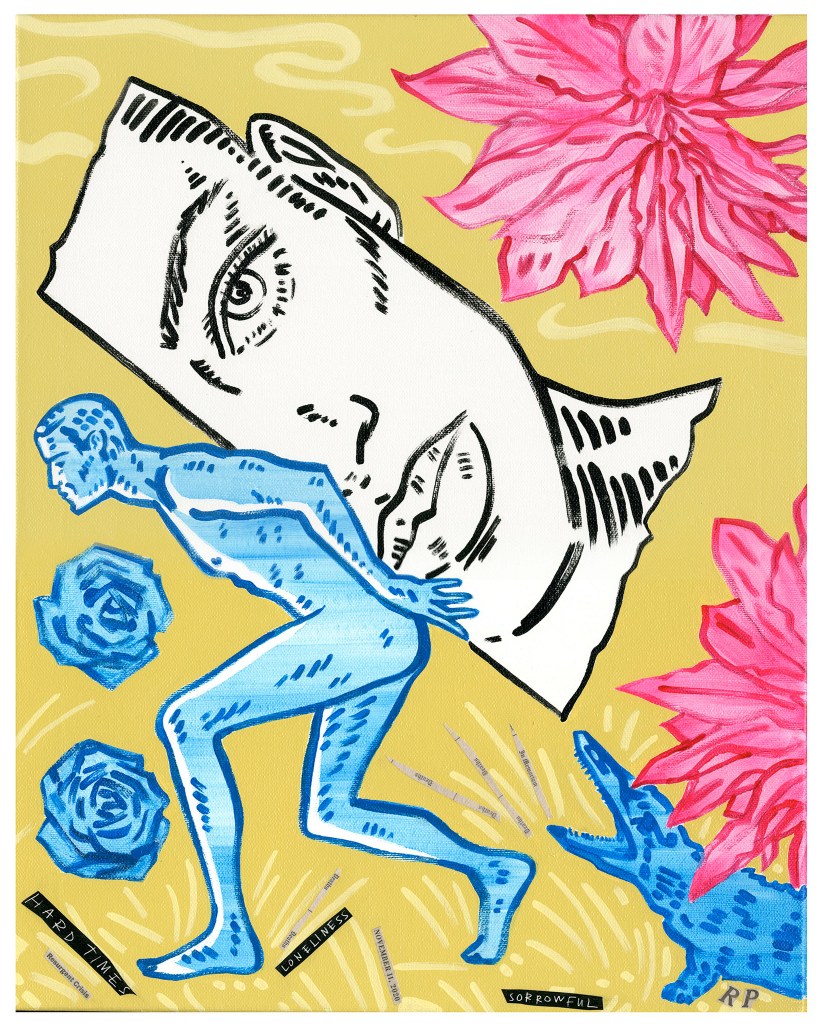 And it was working on those daily assignments, none of which was ever the same, that Passantino said helped evolve his eye.

“When an art director hires you, he notices something in you. I developed my style on the job. It was a fashion art boot camp,” he said. Today, Passantino continues to rework art he conceptualized at WWD and is conscious that his early work is noticeably different from what he is doing today. “As an artist, the more you work on your art, the better you become.” 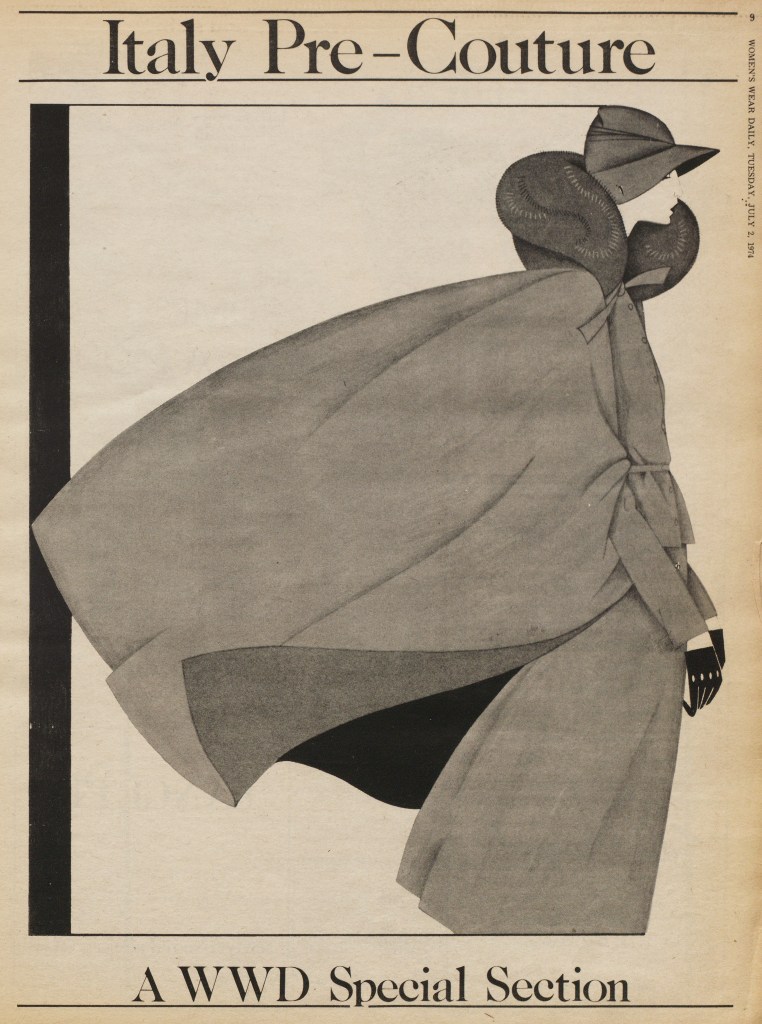 He and three other staff members would meet once a week, hiring and paying a model to pose for them to improve their skills. There were times he worked into the night on seasonal supplements until they got it right. “Everyone was on board. We were like a family. Working with artists in such a variety of styles was so good for training your hand and eye…Assignments were not pre-planned. We all did everything.”

A look into the WWD archives proves this, though it’s easy to see whose style captured a specific category best. Catherine Clayton Purnell, for one, excelled in lingerie and children’s wear; Pedro Barrios in accessories, while Passantino’s graphic stylings were often singled out in swimwear features. “I loved swimwear, drawing the body and beauty; those were my specialties,” he said, noting that one of his favorite designers to work with at the time was Norma Kamali. Her swimwear was part of a cover featuring Passantino’s illustrations, and it’s now part of the Fashion Institute of Technology’s Francis Neady Collection. 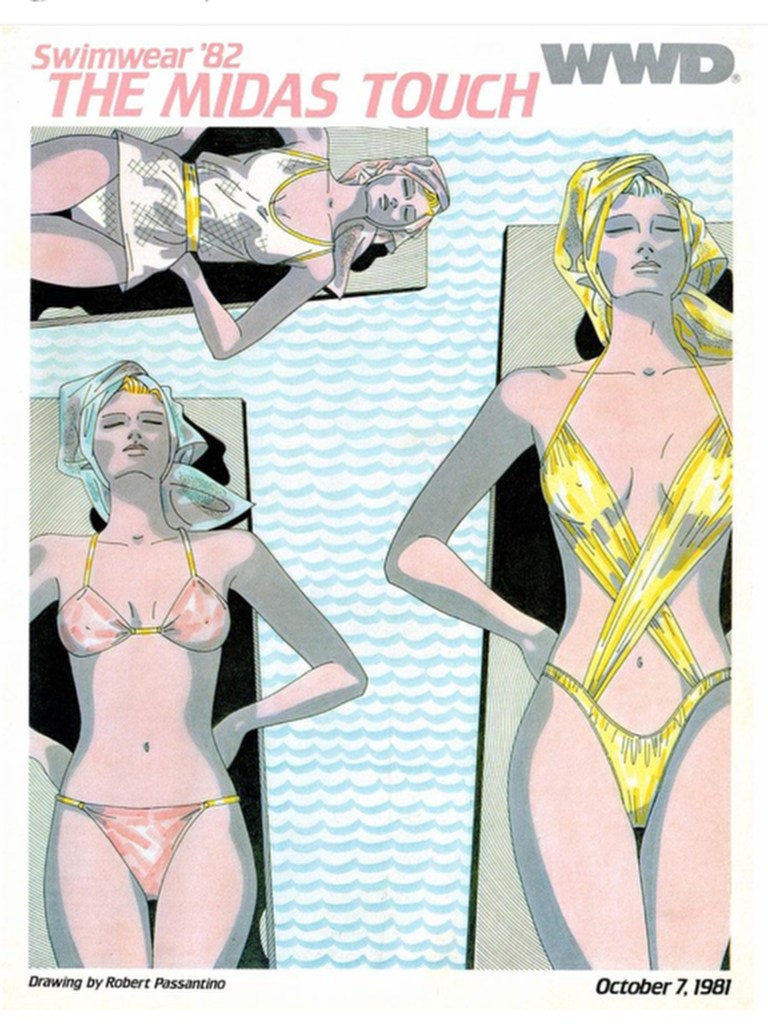 Today, Passantino said he constantly looks forward to seeing fashion illustrations recapture the industry’s evolution, magic, and allure. The joy of creating art daily was exhilarating, he said, and it still is. “Working with WWD gave me a worldwide showcase for my art,” he said. “It was an awesome time, in the real sense of the word. Fashion illustration challenges the eye, makes it think. The possibilities are endless.”

Although the pandemic put a hold on upcoming showings through Passantino’s representation with Gray M.C.A Galleries in London, he is looking forward to the future of fashion illustration as a featured fine art category — something long deserved for the art form. 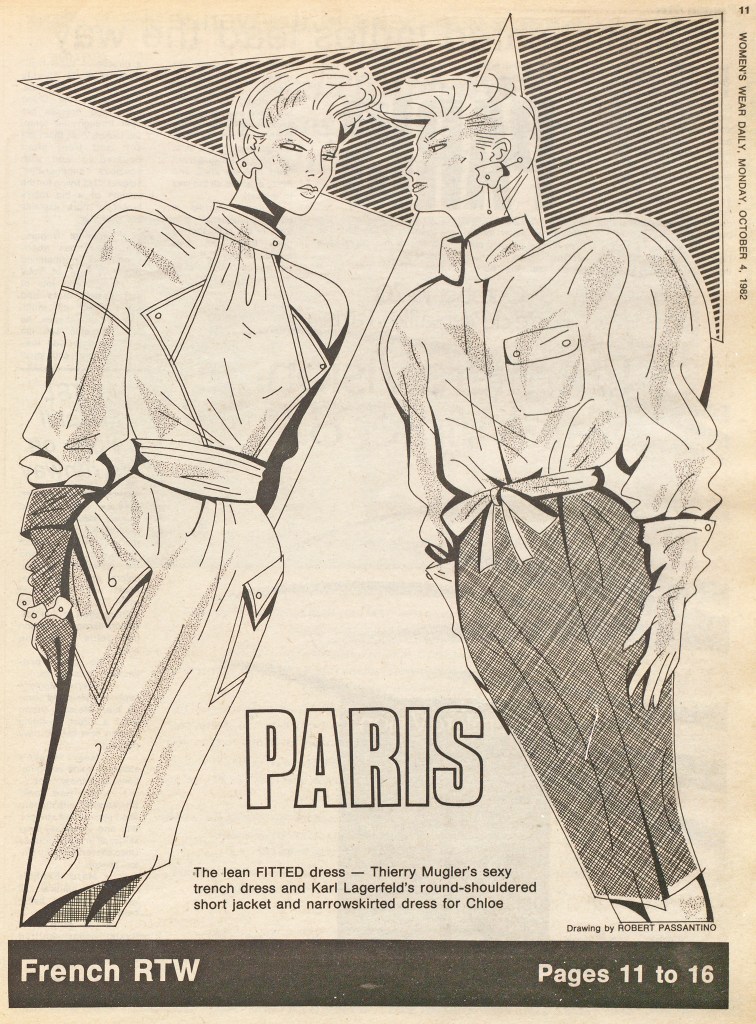 Passantino’s illustrations are also in the permanent collection at Drexel University and were featured earlier this year in the exhibition “Fashion Illustration: The Visionaries, A Century of Illustrations from the Frances Neady Collection” at the Society of American Illustrators in New York.