Roland Mouret travels to Dubai to meet clients and present his resort 2017 collection. 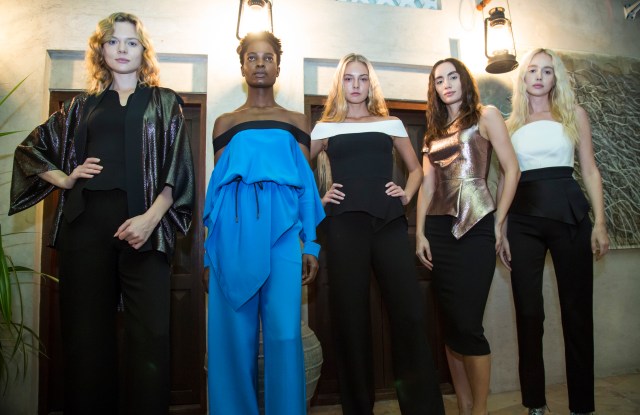 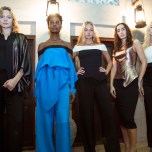 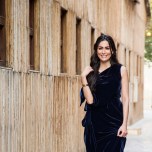 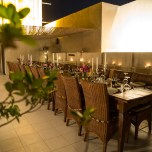 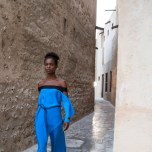 DUBAI — In the historic Bastakiya district of old Dubai, Roland Mouret presented his resort 2017 collection to a group of discerning middle eastern clients earlier this week.

Home to one of his three flagship global stand-alone boutiques, after London and New York, the region is an important one for the designer as the company expands its global growth.

The designer pays close attention to how women dress wherever he goes. “For me, the way people dress is such an inspiration. I never judge it, because that restrains my creativity.” Mouret was struck by a sense of minimalism in how women dress in the region, contrary to stereotypes. “I’ve seen less jewelry, more privacy with themselves and less of an extreme relationship with everything.” He also said the women who veiled had a sense of strength, something he said European designers have been embracing for years.

He lamented the uproar over the veil in his native France. “It’s sad, but it is quite mixed up. The problem in France is more about social class, not about the veil itself.” In his base of London he said, there isn’t the same backlash. “The women who wear the veil in London are not the same as those that wear it in Paris. The women who wear it in London are Selfridges, Harrod’s, they are [high-fashion] customers, they drive the life of the city. In Paris it’s not the same.”

Mouret’s popularity with customers in the Middle East continues to grow. He will open a store in the new Dubai Mall extension in the third quarter of 2017. The delayed opening of the new section of the mall has not stopped the designer from growing his business in the region. He has been retailing for a year out of a semi permanent pop up store in the mall’s luxury avenue, in partnership with Symphony Style, a division of Alabbar Enterprises.

The designer said while delay “can be frustrating, I take it as a chance to bring even more of my own touch to the store design.”

He just opened a flagship boutique on Madison Avenue in New York in September. “Now I’m starting the next project there which is a private flat at the top of the store. It’s really nice to do that and work on Dubai the same time, because I have both projects in my head together and I can bring to Dubai something at the same level.”

A personal experience is very important to Mouret in creating the look and feel of his stores. “When you come into my store, there should be my touch. When a person enters, it should have a personal feel. That’s the chance we have as designers, we can make it more ours.”

That personal touch extends to service. “For me the sense of privacy and the service is the best luxury I can offer. I like when my staff is better than my clothes. The experience of buying clothes should be effortless.”

“In different places in the world, you can adapt yourself to the customer. In Madison, the customer is always a busy customer. She comes in and is ready to leave because she is all the time busy. In London, she’s different and in Dubai she will be too. It’s understanding how to be right with your customer.”

Mouret is hopping between Paris, where he spends one day a week in his role as creative director of footwear label Robert Clergerie, and his base of London during the week. He will be traveling more the U.S., which he describes as a key growing market as well. Upcoming trunk shows are planned in Miami, L.A., Texas and as well as Ireland and the North of England. “I’ll go every place where I can meet clients. It’s really important to understand what they need in their wardrobe.”