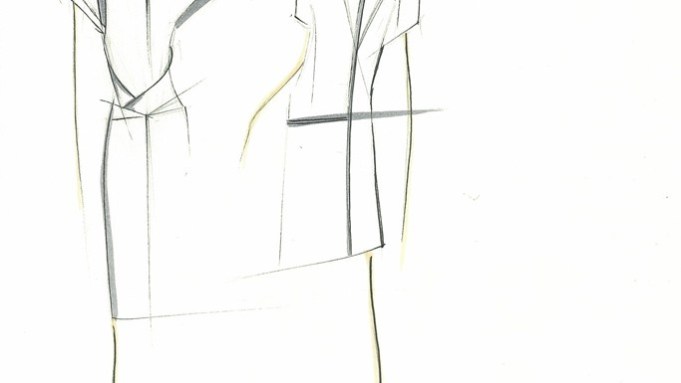 Suffice it to say that the Mara family has a lot going on right now. Long before she was known as the one with the dragon tattoo-cum-fashion-icon-cum-Oscar nominee, Rooney Mara was simply the girl with the football family. Her father, Chris Mara, is vice president of player evaluation for the New York Giants, and her great-grandfathers, Tim Mara and Art Rooney Sr., were founders of the Giants and Pittsburgh Steelers, respectively.

And so WWD asked a selection of Paris designers to indulge in a little Franco-American fantasy. How might the young Mara dress up for the Super Bowl on Sunday?

Chloé’s creative director, Clare Waight Keller, dreamt up a dramatic anorak over a turtleneck and slim trousers with ribbed cuffs. “This silhouette is sporty and practical, yet chic. Easy and versatile: Perfect cover-up for the game!” she said.

Bouchra Jarrar, known for her soigné tailoring, likes to energize her fashions with graphic bands and piping. She said she enjoyed imagining what Rooney and her sister, Kate, might don. “I like the idea of trying to express in clothing the idea of speed and movement from sports,” she enthused.

Balmain designer Olivier Rousteing, meanwhile, projected Rooney in a sexy jumpsuit with a rock ’n’ roll edge. “What do I love the most about football?” Rousteing teased in an e-mail exchange. “The shoulders of course! And my old, torn-up Giants sweatshirt that I still wear on Sundays at the office!”