"We’re not a fashion-forward city and that’s OK, but we’ve dug into creativity through innovation and that’s just as beautiful," says Erin Lowenberg.

Erin Lowenberg of Rothy's in her studio.

A retail veteran with more than a decade’s experience in merchandising at the Gap, Erin Lowenberg, like many working in fashion in San Francisco, felt the pull of start-up culture, and the value of sustainability when she joined Rothy’s shoes three years ago.

“I started when they turned the lights on,” Lowenberg said during a visit to her creative den in the basement of the footwear brand’s 60-person headquarters in the Jackson Square design district. “I come from Gap Inc., I cut my teeth there in the mid-Nineties. The leadership I was able to be around, and what I was able to listen and learn…but big retail is painful, I still think about all the T-shirts I bought. But knowing what we know now, it’s been fascinating to watch Roth and Stephen and to bring what I know about the mass market together with the joy of sorting colors,” she said of her job, directing design for the brand launched in 2015, which has used more than 30 million recycled plastic bottles to date to make its machine-knit, washable footwear, crossing the $140 million sales mark with five new stores planned this fall.

“When I first took a job as a merchant at Gap in San Francisco, it was small, there were only a few key players, and inspiration came from going to cool stores. Every trip to New York, I’d stay on the weekends, and there was an incubation that happened in that city but not here. I was able to learn to make product people wanted to buy especially when they don’t need it,” she said, sitting on a stool in front of colorful mood boards, and tables full of books on everything from Japanese Indigo to Hilma af Klint. “As this community in California started to push not just innovation in technology, but in other things, too…it made me want to do something different.” 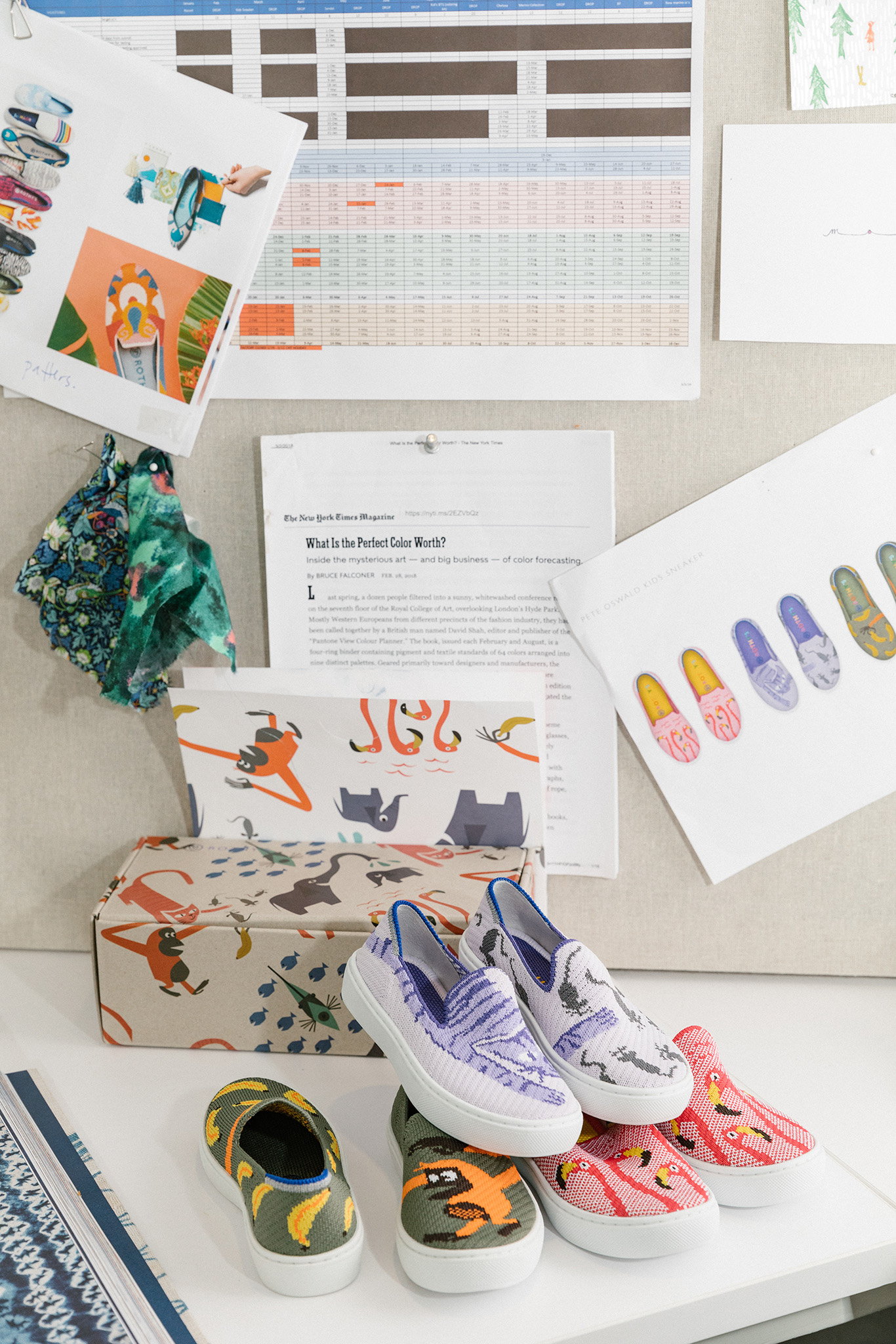 Lowenberg met Rothy’s founders Roth Martin and Stephen Hawthornthwaite through family friends, and before she knew it, she was choosing a color palette for their first collection. In 2019, the brand will drop 25 collections, compared with last year’s eight, including mini-drops to test merchandise and keep excess inventory to a minimum.

“This is the best job in the world. I get to sit and innovate and be inspired, take materials and combine them in a way that’s not been done before.…But the bigger impact I hope we have is in new ways to work, new ways to think — not that former manufacturing methods are not logical, but we were able to build something from scratch,” she said of the loafers, sneakers, point and round toes that are made at the brand’s factory in China, which has 500 employees and its own proprietary knitting machines.

More from WWD: Sonia Martin on Going From Juicy Couture to Everlane VP of Design 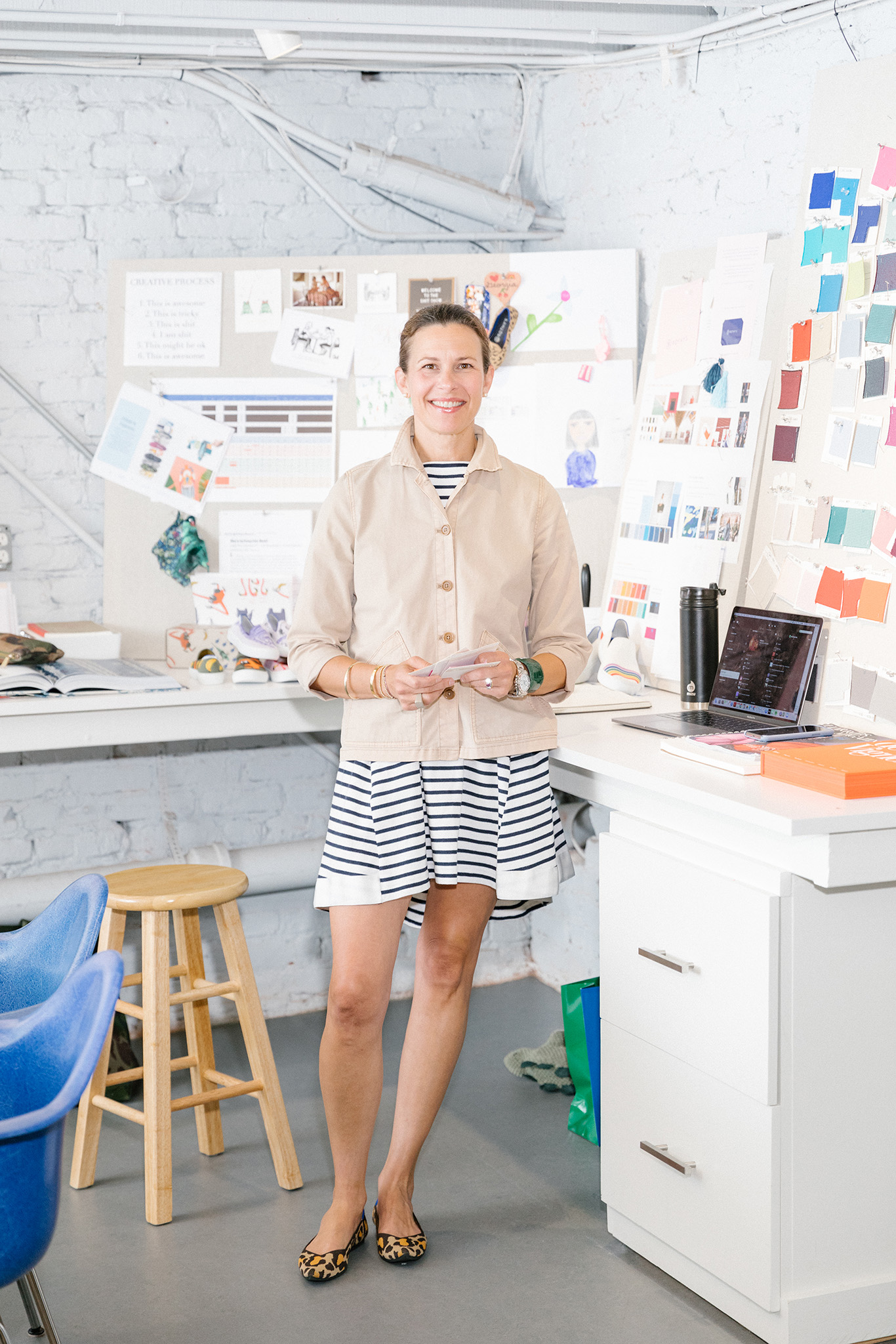 “I go all over the country. There are women who don’t even know they are made from recycled water bottles. They just like the way they look,” she said. (Nob Hill is home.) “We are just here to tell this green story because that’s fun to tell but it’s not lasting. Unless your product is beautiful or serves a functional purpose, we could be as sustainable as anyone and won’t be able to grow a business. We made something fun and comfortable and chic. Our office is certified green, so we work really hard to walk the talk. But knowing we can sell what we’re making, that’s always been there. And it makes me feel so good we’re not making and hoping,” she said.

As for the wider creative community in San Francisco, she added, “We’re not a fashion-forward city and that’s OK, but we’ve dug into creativity through innovation and that’s just as beautiful.”

WWD talked to Lowenberg about her design process and ambitions for Rothy’s.

WWD: Where do you get inspiration?

Erin Lowenberg: The most important thing that inspires me is taking a material no one has ever knit in a 3-D knitting machine and figuring out what I can do with it. I’ve been trying to make a shoe that looks like a tortoise, one that looks like marble, and one that has the opacity of rubber. I tried to make a shibori shoe. The yarns are so soft. They are made of plastic, nothing else, they are broken into flakes, get heated into pellets, then they are pulled and made into fibers and I can dye these into any color ever, which is kind of a problem.

I am also inspired by textiles, of course. These shoes are knit and they are like making tiny little sweaters. My first prototype process is playing with how the color is taking and working on a knit structure. We just did an open mesh, which sounds simple, but what happens when we change structure is our fit changes, so I have to be careful and not push our technology to a place where the shoe doesn’t fit. That’s my push and pull. It’s knit and color, outsole and insole color.  I want to make sure I’m current with ready-to-wear, and a logic that’s seasonal, and reflective of what women are wearing in magazines and at the airport. When we first started, we couldn’t’ give away points, now point is driving everything. We are not a fashion brand but I like to watch all that. I also pay attention to the athletic world and technical performance wear, the way those brands combine materials and performance.…I hope we service the woman who wants a black shoe and likes the sustainability story. But I also know we have opportunity to talk to a woman who likes color and trend. 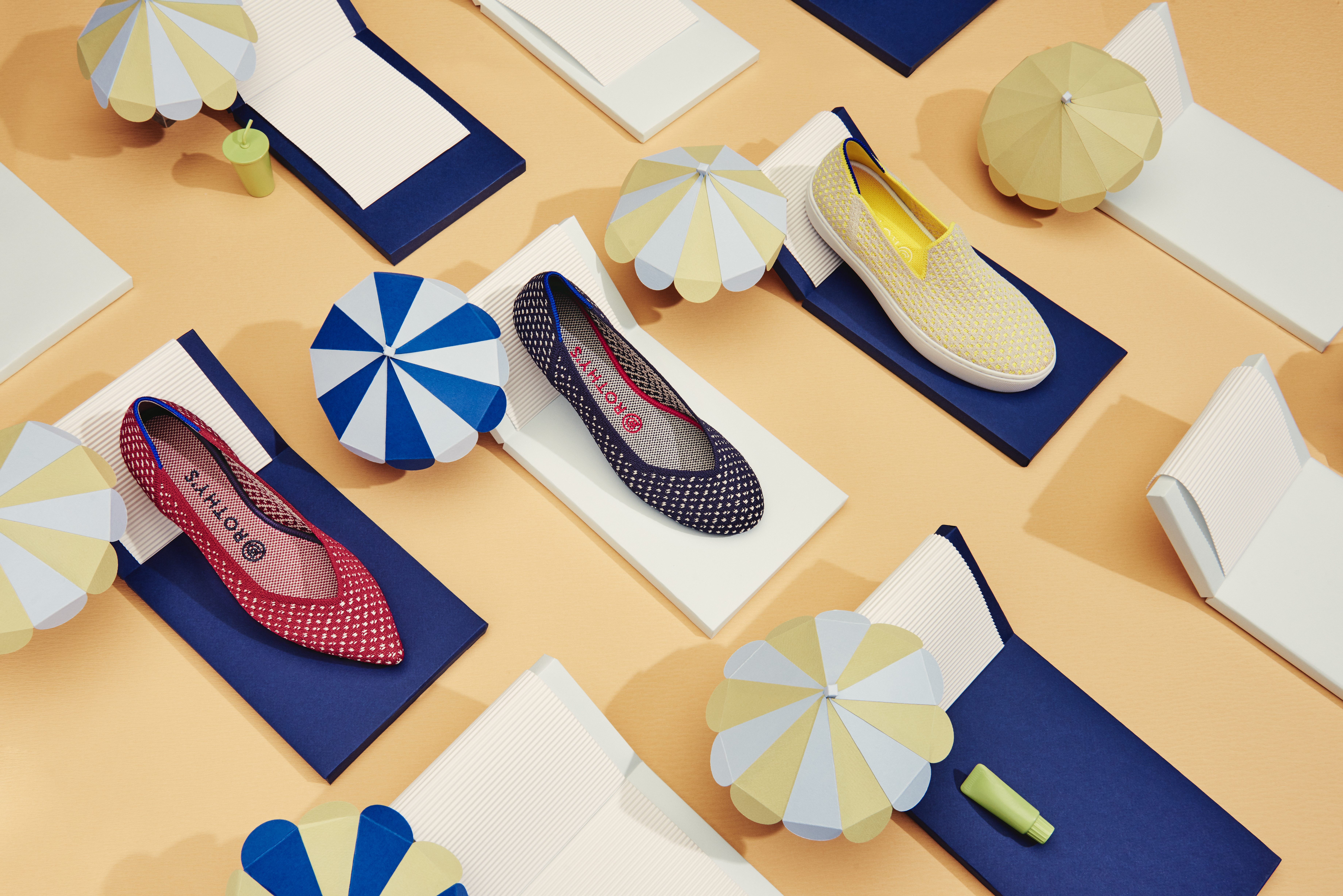 WWD: You say it’s not a fashion brand, but Kate Spade started with a nylon bag.

E.L.: You’re right. We didn’t invent a little flat round-toed shoe, but what you won’t see from us are acrylic heels. We want to do things that we can only do, technology and innovation that we can make a better — fill in the blank — that has color and comfort and washability and minimal design that feels timeless. You can put anything in that blank and I will go attack it…the sky’s the limit.

WWD: What’s the aesthetic of Rothy’s?

E.L.: Modern, clean, versatile, emotional. I want there to be an “ooh!” Even if it’s the insole. Without that, we don’t get to fill in the blank. Even if we do trends or things you don’t want to participate in, it makes you feel proud of that brand and how we show up.

WWD: Do you think there’s an aesthetic coming from brands in San Francisco now?

E.L.: I feel like we got so pigeonholed with the hoodie that I never want to wear one, even though I need one because it’s foggy in July. It’s so all over the place. Hero Shop is amazing, then you have the traditional Susan and Betty Lin boutiques, and 45rpm opened on Lower Fillmore and it’s so good. San Francisco is active without being active, down and Patagonia are a thing, all the chic ways to wear down…so there is this functional aspect. We don’t have the boho, beach or glitz of L.A. I love old San Francisco, a navy blazer, Belgian loafer, cashmere over your running pants. I want to see people twist that around. And there is always a baseball hat, but I want to wear it with a Sacai dress. 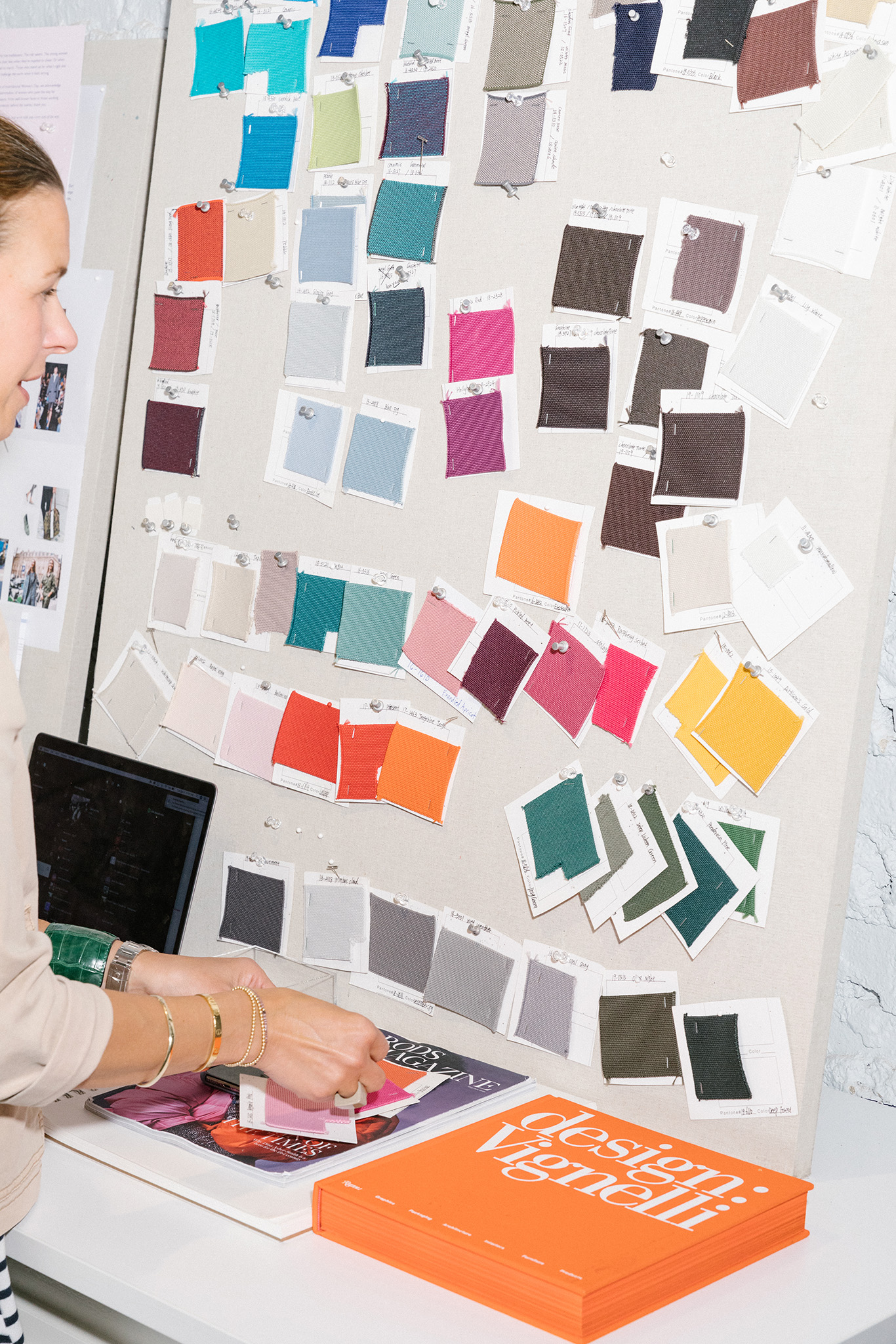 E.L.: We did a collaboration with Pete Oswald, the “Angry Birds” illustrator, on kids’ shoes. They are coming out in a month and a half. Kids is a really fun part of business to play with, and tell stories. We don’t use any outside packaging, so we can we put things on their boxes like how you recycle a water bottle and you turn it inside out and it’s a tic-tac-toe board.

WWD: Sometimes it’s hard to score a pair of Rothy’s in a certain color or size. Is scarcity part of the strategy?

E.L.: We’re not trying to market on the idea of scarcity intentionally, but it’s the outcome of not wanting to mark something down. Marking down says you overbought something, that’s how I grew up, you’d take bets. But we try really hard not to do that, and hold the line that we aren’t going to be a markdown business. We say this is only available for six weeks, and we know sometimes people get disappointed. We have thought about a customer “vote back” program. But the truth is, we have so many ideas, hopefully the next one is even better. 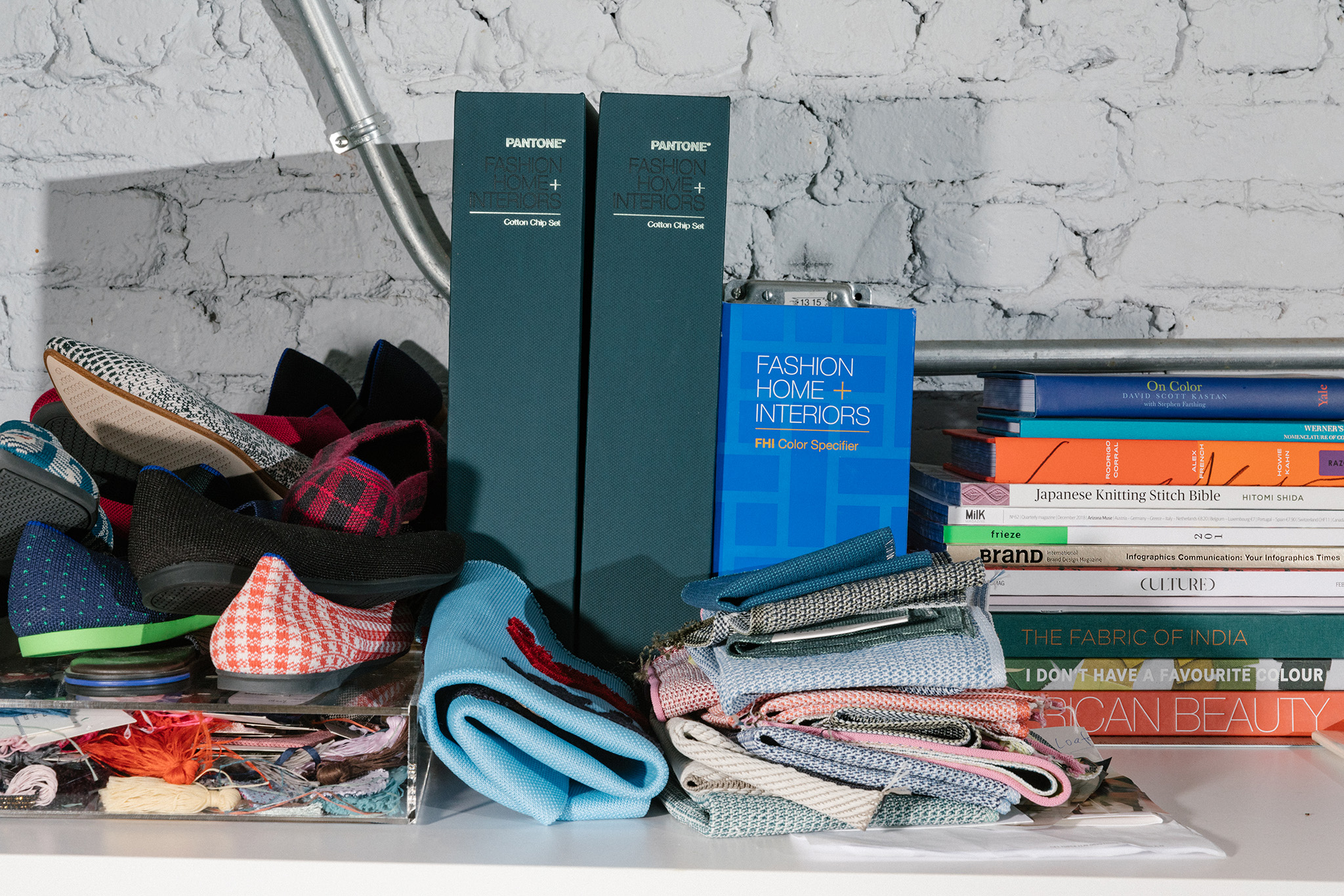