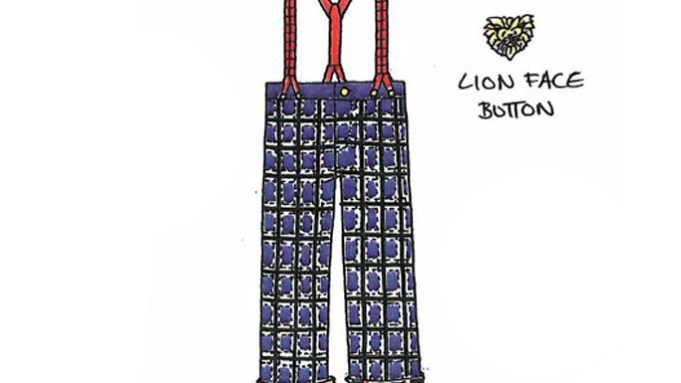 LONDON — The long wait is over.

A possible heir to the British throne, a future king — born on the hottest day of the year here — has sparked more anticipation, excitement and chest-beating national pride than the royal wedding, the Diamond Jubilee, the 2012 Olympics and the Coronation Festival combined. And there’s more to come.

Later today, the as-yet-unnamed child, known only as His Royal Highness, Prince of Cambridge, will get his first official welcome with a 41-gun salute to be fired in London’s Green Park, next to Buckingham Palace, while 62 shots will be fired from a cannon at the Tower of London. Trafalgar Square’s fountains will be lit up in blue for the next seven days, while the London Eye will glow in the colors of the Union Jack.

Minutes after the announcement, the baby’s grandfather, Prince Charles, issued a statement of his own: “Both my wife and I are overjoyed at the arrival of my first grandchild. It is an incredibly special moment for William and Catherine, and we are so thrilled for them on the birth of their baby boy. Grandparenthood is a unique moment in anyone’s life, as countless kind people have told me in recent months, so I am enormously proud and happy to be a grandfather for the first time and we are eagerly looking forward to seeing the baby in the near future.”

RELATED STORY: A Look Back at Kate’s Maternity Style >>

Thousands gathered Monday in front of Buckingham Palace to await Queen Elizabeth II’s return from Windsor Castle, and the arrival of the bulletin announcing the details of the birth. When the announcement finally arrived, just after 8:30 p.m. British Summer Time Monday evening, a man shouted: “It’s a boy,” prompting the crowd to erupt into spontaneous cheering. There were three cheers of “hip hip hooray.”

Royal expert and author Hugo Vickers told WWD the spontaneous gathering of crowds at Buckingham Palace and in front of the hospital over the past weeks “reflect the great popularity of the Cambridges. It is hugely exciting to have three generations of boys in direct line to the throne, and within this reign — the first time since 1894. It shows the huge popularity of our royal family, a great tribute to the steadfastness of our queen through good times and bad. There is also a slight fin de siècle hint of sadness and transition. We know that the present reign cannot last forever in its present form,” Vickers added.

The brief birth announcement, signed by the Queen’s gynecologist Marcus Setchell on foolscap-sized headed paper, confirmed the sex of the baby, and that he had been safely delivered. It was placed into a dark wooden frame and set on an ornate easel behind the railings of Buckingham Palace, just to the side of the front gates for members of the public to read.

The Cambridges’ first born, who was delivered by Alan Farthing, gynecologist to the royal household, is the great-great-great-great-great-grandchild of Queen Victoria, and is set to become the 43rd British monarch since William the Conqueror in 1066. The child, when he becomes king, will be the sovereign head of state for 16 countries, as well as head of the Commonwealth, which covers 54 nations and two billion citizens.

As yet, the baby has no name, and it looks as if it might be days or even weeks before there is any announcement. Kensington Palace said Monday the name would come “in due course.” When Princess Beatrice was born in 1988, two weeks passed before her name was known, and the public waited seven days for Prince William’s name to be revealed. According to British bookmakers, the odds are on George, James, Alexander and Albert.

It’s little wonder what the tiny royal will do for the British economy. The Center for Retail Research in Nottingham, England, estimates that the happy event will boost baby-related retail sales by 243 million pounds, or $368 million at current exchange, in the nine weeks to Aug. 31, as the world celebrates with books and media, souvenirs and toys.

While the world was waiting on diaper pins and knitting needles for the birth, WWD asked designers what gift they would give the royal baby. These one-of-a kind gifts are fit for a…king.

Dior was so inspired, it created an entire collection for WWD around the idea of a royal baby gift. “Like fairies leaning over a cradle, Baby Dior was inspired by Mr. Dior’s lucky charms to adorn the future newborn’s outfits,” the house said. “Cashmere knitting, coming in a beautiful leather suitcase, was twisted with four-leaf clovers to keep the baby warm. Each piece, embellished with embroideries and lace, was delicately handmade, requiring hours of work.”

Karl Lagerfeld explained that he calls his illustration of a pacifier a “royal dummy,” as it is commonly referred to in England.