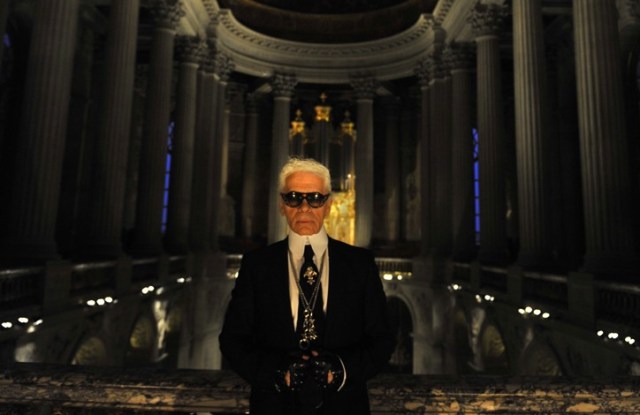 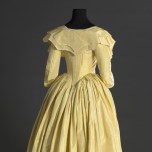 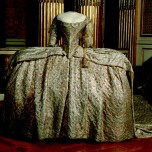 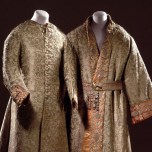 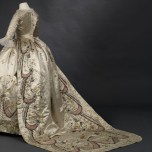 PARIS — For the first time in more than two centuries, Versailles is once again assuming its rightful place as the most sumptuously dressed court of Europe — at least for the next three months.

“Fastes de Cour & Cérémonies Royales” (“Court Pomp & Royal Ceremony”) retraces European court costumes from 1650 to 1800 and opens to the public today. The exhibition, which runs through June 28, is underwritten by Chanel.

In his foreword to the exhibition catalogue, Karl Lagerfeld notes that even the French court, “the most brilliant and imitated in the world,” went into debt to retain universal admiration. “Nothing was too beautiful, or too expensive,” the designer points out. “One had to dazzle to impose [one’s presence].”

Considering that France has extensive archives, but no actual clothing artifacts, putting the exhibition together was no mean feat. Bringing to fruition a semblance of what the court might have been in the 17th and 18th centuries took 14 years, said Pierre Arizzoli-Clémentel, the show’s head curator. “At the time, everything was done to impress upon the people, from the commoner to the nobility, that the king belonged to a superior majesty, namely that of God,” he noted. “Everything was done to illustrate that fact through the creation of exceptional splendor.”

Although nothing may be left of the wardrobes of Kings Louis XIV, XV and XVI and Queen Marie-Antoinette, the influence of the French monarchy permeated Europe and fortunately other royal courts — notably in Germany, Russia, Vienna, Denmark and Sweden — were meticulous in preserving royal attire, furniture and accoutrements. The pieces shown here are displayed alongside official portraits of their original owners and drawings. It is also the first time pieces of crown jewelry have been included in an exhibition of court costume, the better to illustrate the luster of the court of Versailles, Arizzoli-Clémentel noted.

Because of their fragility, most pieces have never traveled before and are unlikely to again. The velvet and ermine coronation robe of George III of England is the exhibition’s crown jewel.

“These costumes represent an emotional connection — they are part of each country’s custom and heritage,” observed the show’s deputy curator Pascale Gorguet-Ballesteros, from Paris fashion museum Galliera. “It’s like going to [present and former courts of Europe] and asking to borrow their children.”

Consider the ensembles worn by Gustav III of Sweden and his bride, Princess Sophie Madeleine of Denmark, for their marriage in 1766. Both pieces depict the sun emerging from the clouds, in silver-and-gold embroidery with tinted blue mica.

From the Cologne Cathedral comes an exquisitely preserved cappa magna embroidered in gold, one of nearly 60 pieces ordered by Clément Auguste, archibishop of Cologne, and made in Paris for the coronation of his brother, Charles Albert of Bavaria. There are also examples of negligees and everyday dress with a “Paris touch” which, starting in the mid-16th century, was favored by the urban aristocratic elite — like a pair of red-heeled shoes that first appeared in court and was soon imitated far and wide.

But for the record, said Gorguet-Ballesteros, if France has a dearth of period pieces, the Revolution is only partly to blame: Every year, the royal court gave its clothes to wardrobe officers who sold or recycled them.

“It’s part of the French exception,” she explained. “The French love fashion and clothes, but they don’t want to be reduced to just that — they are also intellectuals.”