Three percent of the sales from Russell Wilson's 3Brand collection will be donated to his Why Not You Foundation.

Ciara and Russell Wilson and their kids wearing 3Brand.

Seattle Seahawks star quarterback Russell Wilson will be in New York to host a preview of his upcoming 3Brand kids clothing line at the June 24 launch of the Rookie USA flagship on Union Square.

The 3Brand line is being designed, sourced, manufactured and distributed by Haddad Brands with a lot of fashion and image input from Wilson, who is partial to camouflage prints and motivational phrases being applied to certain of the garments. Haddad also owns Rookie USA, which has 1,300 stores around the world with a heavy concentration in China.

Wilson is expected to be joined by his wife Ciara at the event. “They’re a real power couple,” said a source close to the collaboration between 3Brand and Haddad Brands, noting that the couple is entrepreneurially and philanthropically involved in a myriad of charities, social causes and businesses, such as the direct-to-consumer The House of LR&C company. Ciara is a Grammy Award winner singer and songwriter.

The number three has plenty of meaning for Wilson. He wears it on his football uniform. He was a third-round NFL draft choice, and 3Brand is donating 3 percent of its sales to the Why Not You Foundation, founded in 2014 by Wilson and Ciara. The foundation is a nonprofit organization dedicated to fighting poverty, supporting children’s health, food security initiatives, and student access to equal education opportunities. The House of LR&C also donates 3 percent of sales to the foundation.

“Russell is very, very talented on and off the field,” said the source. “His whole thing is about empowering youth to meet their dreams.” 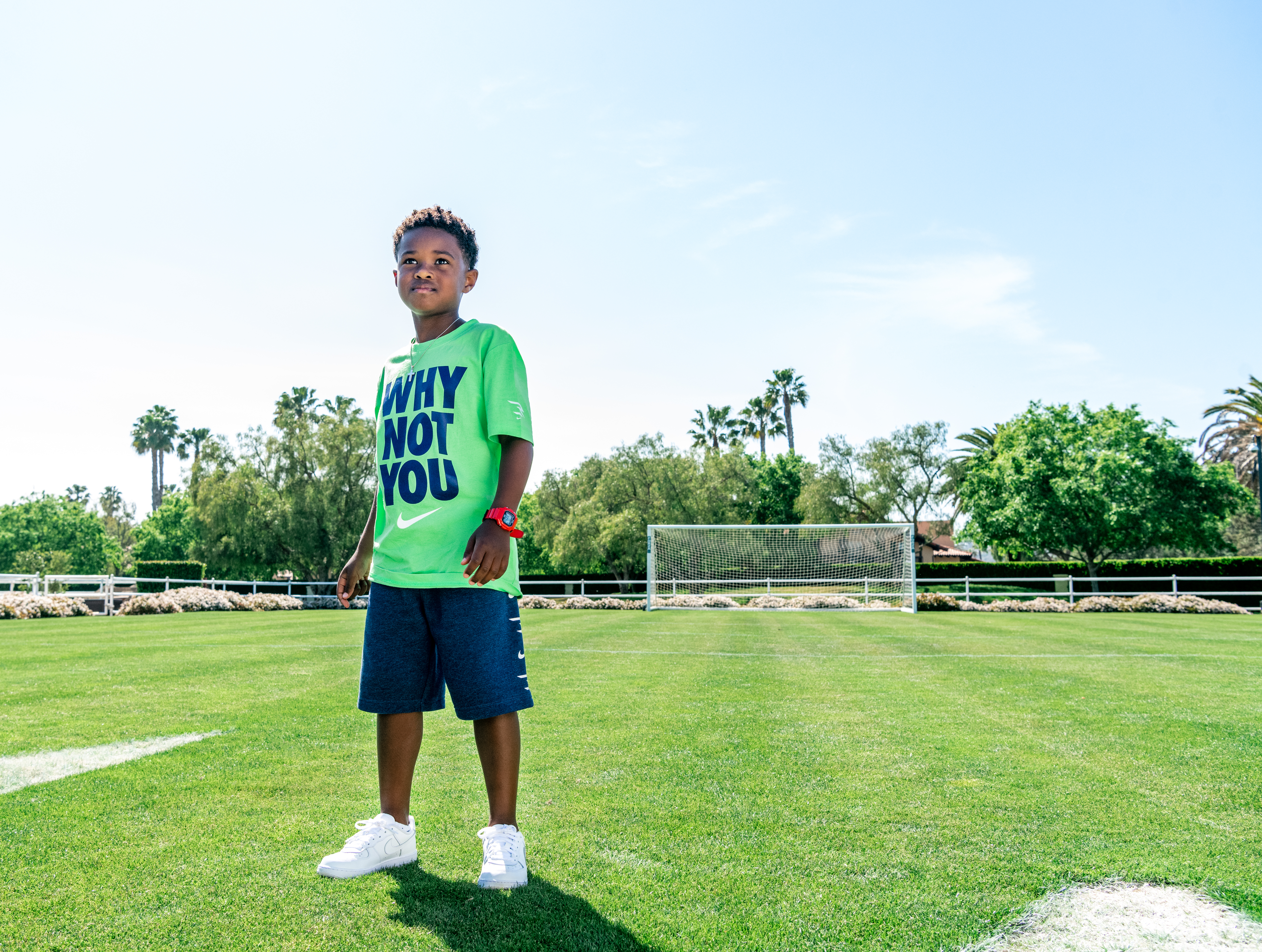 From the 3Brand collection.

The new Rookie USA flagship, situated at 19 Union Square West, has three floors and 15,000 square feet of space selling kids-only footwear and apparel from such brands as Nike, Jordan, Hurley, Levi’s and Converse. To make the store more fun than just shopping, and more of a destination, there will be an ice cream parlor and café, and lots of games and technology, including virtual reality. Formerly, there was a Rookie USA store on the Upper West Side of Manhattan.

For the flagship opening event, there will be a fashion show with kids of celebrities modeling the 3Brand collection and other brands.

The brand’s image reflects “a mix of sport meets fashion, music and lifestyle.” The 40-piece collection was created for boys and girls, ages 12 months to 20. It’s also focused on being gender neutral. The brand’s full line will be available in August.

Among the celebrity kids expected to be on the runway are Wilson’s three children; the children of former Seattle Seahawks wide receiver Charly Martin; the son of professional basketball player Carmelo Anthony; the children of Emily B and rapper Fabolous; the daughters of New York Giants former running back Tiki Barber; the daughter of football star Victor Cruz, and the son of actress Dascha Polanco.

Haddad is a privately held family business focused on children’s apparel and accessories industry and such brands as Nike, Nike SB, Jordan, Converse, Hurley and Levi’s. The company designs, sources, sells and distributes children’s wear to over 60 countries and has offices in New York, Shanghai, Bangkok, London and Montreal and 17 other cities around the world. 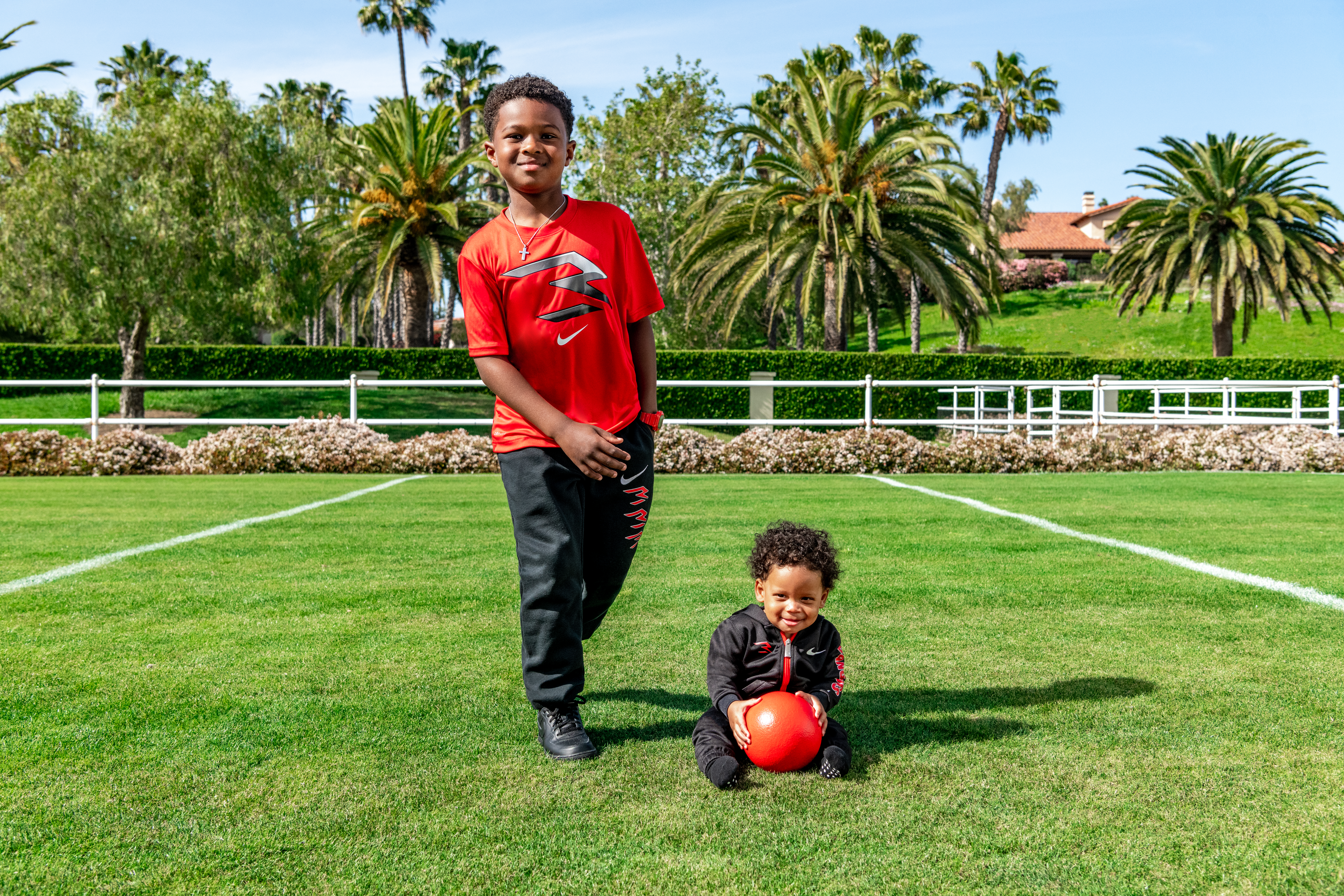 From the 3Brand collection.