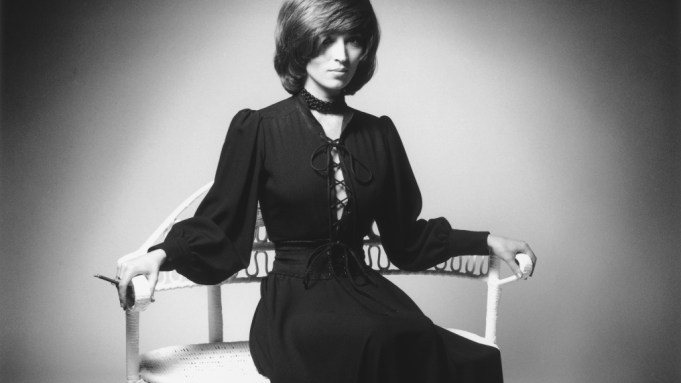 Made up mostly of pieces from the Saint Laurent Rive Gauche ready-to-wear label, the collection includes coats, dresses, suits, blouses, knitwear, bags, shoes, jewelry, scarves and some haute couture outfits, including a beaded dress from the African-inspired spring 1967 line that formerly belonged to the Duchess of Windsor.

The items will join the existing Saint Laurent archive, housed at the brand’s expansive headquarters on Rue de Bellechasse in Paris. “Monsieur Yves Saint Laurent established an extremely valuable heritage which is an endless source of inspiration,” Vaccarello said in a statement.

It marks a major acquisition for the Kering-owned house, which has also tightened its links with the Yves Saint Laurent Museum in Paris, which has a separate archive of 5,000 items of clothing, 15,000 accessories and thousands of sketches. Vaccarello recently curated his first exhibition there, dedicated to YSL muse Betty Catroux.

In an interview with WWD, Châtenet explained why he decided to let go of his collection, which has become an essential resource for anyone interested in Saint Laurent — including director Bertrand Bonello, who borrowed scores of items to dress actors and help re-create catwalk scenes for his 2014 film “Saint Laurent.”

“I like the idea of this collection having a life and being useful, not just something I enjoy on my own. I’ve had lots of fun putting it together over the last 30 years and showing it, with exhibitions in Paris, Hong Kong and Shanghai, and it wasn’t about ownership. I still love it as much, even if it no longer belongs to me,” he said.

“To keep it alive, you have to continue to enrich it and come up with new projects, and it’s a very time-intensive activity that took up all my energy, between keeping an inventory, maintenance, stocking, documentation and so forth. I needed to hand the baton to the most solid and relevant partner,” Châtenet added.

“The house of Saint Laurent and Anthony Vaccarello have full freedom to preserve and exploit it as they see fit. I have the greatest trust in them. Their motivation is complete and sincere,” he noted.

The cofounder with Michèle Meunier of two clothing lines, Mariot-Chanet in 1988 and E2 in 2000, the designer began his career as an assistant to Azzedine Alaïa, another inveterate collector of fashion. His own collection grew exponentially as he developed E2, which was based on repurposing vintage clothes.

Châtenet’s CV also includes stints as designer of women’s ready-to-wear and accessories at Hermès, head of design at Eres, and co-creative director of Leonard. Having shut down E2 in 2012, he now splits his time between freelance consulting, organizing exhibitions and teaching at the Duperré School of Applied Arts.

The focus of his collection is on pioneers of designer ready-to-wear: Karl Lagerfeld at Chloé, Sonia Rykiel, Emmanuelle Khanh, Corrine Grandval’s designs for Cacharel, Dorothée Bis, Michèle Rosier and Roland Chakkal for France; Missoni for Italy, and Jean Muir for the United Kingdom.

“The quantities vary from a few pieces, for the lesser-known designers, to a few hundred for the more popular ones,” he said.

Châtenet was particularly interested in the role of Rive Gauche, launched in 1966.

“Haute couture lost its leadership in the Sixties in favor of ready-to-wear, which was favored by young people. Rive Gauche was born because Yves Saint Laurent wanted to reflect his era. He was the first big couturier to be really into his ready-to-wear, without copying his haute couture,” he noted.

“Yves Saint Laurent catered to women looking for more immediate, young and carefree fashion that was both more creative and less expensive. As active women became emancipated in the Sixties, he gave them jersey, pants and masculine-feminine styles,” he continued.

“Heading into the Seventies, he was clear about the fact that Rive Gauche was his priority, which makes it — in my opinion — his ‘main collection,’ for a period at least,” Châtenet reasoned.

The rarest items are the early ones, made in very limited runs, including a black jersey shirt dress from fall 1966, identical to the beige version worn by Catherine Deneuve in “Belle de Jour”; a red canvas sailor top from spring 1967, and a khaki wool cape, as worn by Mia Farrow on the cover of U.S. Vogue in August 1967.

“Most of these pieces were acquired a long time ago, at the flea market or at auction, and are no longer in circulation today,” Châtenet noted. He even scored an eyelet belt worn by Saint Laurent himself in Marrakech in 1969.

His favorite pieces, however, are the most unusual. They include a metal-plate evening bag from 1966; a printed “Tahiti” dress from 1968; a T-shirt embroidered with a black panther from 1971, and a lamé cloche hat worn by Loulou de la Falaise in 1972.

Châtenet said he particularly treasured pieces that tell the story of a moment, such as items that belonged to his mother, and others that were worn by French actors Léa Seydoux and Gaspard Ulliel in “Saint Laurent,” which won the César Award for Best Costume Design at France’s equivalent of the Academy Awards.

Still, the time felt right to return his trove to the house that originally produced it. “I’m happy because I believe this collection, by going back home, will be given the care and attention it deserves,” he said.

And Châtenet is certain it won’t be long before he fills those empty cupboards. “I don’t like regrets. You always regret a missed opportunity, and if my acquaintances tell me that a piece is rare, I always buy it. It’s a disease you can’t shake,” he confessed.