Sara Lee Corp.'s plan to spin off its apparel business into an independent, publicly traded company was viewed positively by industry executives. 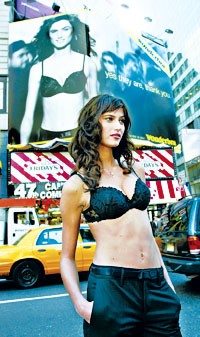 Sara Lee’s announcement Thursday that it plans to spin off its apparel business into an independent, publicly traded company is being viewed by industry executives as a hugely influential role model and a positive boost for apparel business overall.

While many recognize Sara Lee for its cheesecake and Ball Park hot dog brands — a line of business the company plans to consolidate into a tightly focused food, beverage and household products company — the company has one of the best-known portfolios of apparel brands on the planet, with names that have worldwide recognition such as Playtex, Hanes, Hanes Her Way, l’Eggs and Champion. A stand-alone apparel company would be able to make investment decisions that have nothing to do with the food or coffee markets.

The announcement to shed all of its apparel businesses including its operations under the Americas-Asia territories follows a bombshell last month in which Sara Lee said it was exploring the sale of its $1.8 billion European apparel business. The brands hold the number-one share of the intimate apparel and underwear markets in the U.S., and the second spot in commodity fleece and activewear, according to industry estimates.

One executive who did not want to be identified, but is familiar with Sara Lee’s branded apparel businesses put it this way: “Apparel and food are two different animals. Sara Lee had a difficult time being in multiple markets and when decisions were made, it was like apples and oranges. Neither business got optimized. But I think the troubling thing is the plan is to still sell the European [apparel] business. I think their apparel business would be stronger if it was global like VF.”

The change in direction for its apparel business was part of a restructuring of the company’s operations that included the appointment of Brenda Barnes as chief executive officer. Barnes replaced C. Steve McMillan, who will stay on as chairman until October 2005 to oversee the divestitures and help in the transition.

“We are confident branded apparel has a tremendous future and will flourish in today’s marketplace as an independent, publicly traded company,” McMillan said in a statement.

He added, “With some of the most powerful brands in the industry, including Hanes, Champion, Playtex, Bali and Just My Size, we believe that spinning off the $4.5 billion apparel business into a stand-alone, Fortune 500 company will be beneficial to Sara Lee shareholders.”

The spin-off of apparel isn’t the first for Sara Lee, which in 2000 spun off Coach, a perennial darling of Wall Street and one of the hottest public companies in fashion.

Investors on board since the beginning have tripled their money, and Coach consistently posts impressive earnings and sales. The stock split two-for-one in July 2002. Coach’s initial public offering was for 19.5 percent of the share. Sara Lee retained an 80.5 percent stake that it divested through a tender offer in April 2001.

The Coach IPO on Oct. 5, 2000, raised $78 million after net proceeds, the majority of which was used to pay the bulk of Coach’s debt to former parent Sara Lee. Priced at $16, the high end of its anticipated price range of between $14 and $16, the offering of 7.38 million shares reached a high of $21.50 during the day and closed at $20.31 with nearly 5.6 million shares traded. Trading under the ticker symbol “COH” on the New York Stock Exchange, it registered a 27 percent gain for the day.

Coach chairman and ceo Lew Frankfort disclosed that his firm’s success was driven by a team effort. “The story about Coach is about a team with a shared vision and deep understanding of our brand,” Frankfort said.

Arnold Aronson, managing director of retail strategies at Kurt Salmon Associates, said, “Sara Lee set a tremendous foundation for Coach and showed how an entrepreneurial company could benefit and could do very well on its own. What Sara Lee is doing is intelligent and strategy-driven.”

Asked if there was a buyer big enough to acquire Sara Lee’s apparel brands, Aronson replied, “In many cases, a brand is worth a lot more to a company in a different country.” He acknowledged the brands would be an attractive opportunity for companies in the Far East, particularly China.

Bill Ghitis, president of global apparel at Invista Inc., observed, “This reminds me very much of what happened with DuPont and Koch Industries. We didn’t think there was someone big enough to buy up DuPont Textiles and Interiors, because it was so big. But then there was Koch, and Koch is pleased with its investment and DuPont is pleased with its portfolio.”

“I never thought the Kmart-Sears deal was possible, but it seems to b working,” said Norman Katz, a 40-year industry veteran. “I wouldn’t be surprised if the Chinese government supported by a few Chinese billionaires make a bid for Sara Lee’s brands.”

In a move to strengthen the apparel management team, Sara Lee named Richard A. Noll as president and chief operating officer of the apparel division. Noll, who was chief executive at Sara Lee Bakery Group, will report to Lee A. Chaden, ceo of Sara Lee Branded Apparel. Prior to his responsibilities in the bakery division, Noll headed the Sara Lee Socks and Sara Lee Direct operations.

While Sara Lee appears to be bolstering its apparel franchise, industry executives question the viability of existing executive talent. “Chaden is 62. How long will he continue with a new apparel company,” asked one executive. “Noll apparently is the heir apparent, but he never had a huge role running an apparel business. That suggests some concern over the depth of the management team in Winston-Salem. They are reaching back and pulling someone from the bakery instead of promoting within.”

An analyst note from Morningstar on Thursday noted that some of Sara Lee’s divisions such as “household products are seeing better growth [while] others, including hosiery, are slumping.” In noting what the bears and bulls say about the company, the Morningstar report observed that the “intimates and underwear segment continues to struggle. In fiscal 2005, we believe the division will need to restructure manufacturing operations to handle new China quotas.”