The pop-up space will showcase fashion, jewelry, art and design made by creatives tied to Lee Alexander McQueen’s Sarabande Foundation in East London.

Sculptor Camilla Hanney will be taking part in Sarabande's pop-up store in Mayfair, The House of Bandits.

LONDON — Sarabande will move next door to Burberry’s Mayfair flagship next week, opening an experiential pop-up that will shine a light on more than 100 art and design talents with ties to the charitable foundation set up by Lee Alexander McQueen.

Sarabande’s “House of Bandits” will open on Oct. 7 and take over two floors inside the 5 Vigo Street entrance of the Burberry building. It will operate as a separate shop, with paintings sitting alongside men’s and women’s wear, ceramics, textiles and jewelry. One-off installations will be built in-store and visitors will also be able to attend small workshops, events and classes in a dedicated space above the store.

Artists, designers and craftspeople will be merchandising their own spaces, selling on the shop floor, and taking part in a series of live installations. Starting next week, the artist Joshua Beaty will be building multimedia, site-specific installations in Burberry’s vast windows. He will also lead an alternative wreath-making workshop in the run-up to Christmas. 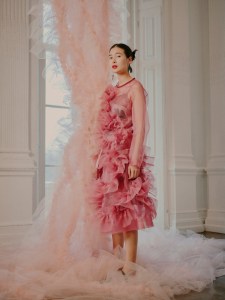 London label Roberts Wood will be taking part in Sarabande’s pop-up store in Mayfair, The House of Bandits.  Courtesy of Sarabande

On offer will be specially made items from designers including John Alexander Skelton, Craig Green, Roberts Wood and Stefan Cooke; 3-D printed baubles from Leo Carlton and handmade jewelry from Castro Smith; sculptures from Camilla Hanney and silk chenille tapestries by Berke Yazicioglu.

The opening is meant to coincide with the start of Frieze Art London, the annual fair which runs this year from Oct. 8 to 11. House of Bandits will remain open until Christmas.

Trino Verkade, Sarabande’s chief executive officer and founding trustee, said she wanted to give Sarabande’s young talents a platform, help them reach a wider audience and put their work into a different context.

House of Bandits isn’t supposed to be an art gallery, jewelry boutique or fashion shop, she said, but rather an “unintimidating” space where different disciplines can speak to each another. 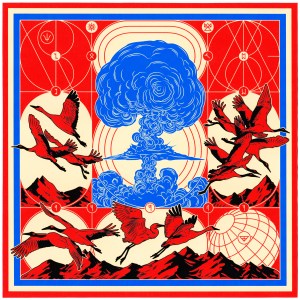 Berke Yazicioglu will be taking part in Sarabande’s pop-up store in Mayfair, The House of Bandits.  Courtesy of Sarabande

“People can buy something, meet the artists and see things presented as the creator wants them to be seen,” she said.

Verkade added: “Right now if you are going to buy something, then it needs to mean something. The House of Bandits gives Sarabande artists control, presenting the work they want to show. You buy direct from them, bypassing the need for their own retail space. New opportunities will arise from them showing in a physical space.”

The space will be refreshed at the end of November with a host of new talents moving in. All of the artworks and designs will also be available to buy online at sarabandefoundation.org.

Key pieces set to debut in the space include a selection of archival designs by Green, as well as creations developed in collaboration with Sarabande artist Saelia Aparicio. There will also be “living” displays by the tech couturiers Auroborus. Their unusual garments will bloom and grow with neon crystals over the course of a week.

Camilla Hanney, John Alexander Skelton, Stefan Cooke, Sam Rock and Saelia Aparicio have created new products for the shop, while designs by Jake Chapman and Sir Ridley Scott will also be on sale. 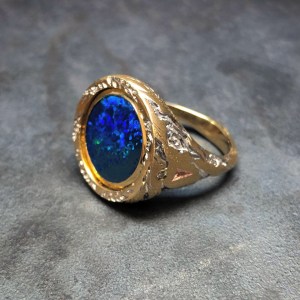 Jewelry designer Castro Smith will be taking part in Sarabande’s pop-up store in Mayfair, The House of Bandits.  Courtesy of Sarabande

Prices are the same as they would be in a gallery or a shop, and Sarabande will take a 35 percent cut of every sale in order to cover the running costs of the operation. The space is being loaned by Burberry as part of its commitment to supporting and providing access to creative communities. Burberry is also helping out with operations and logistics.

The pop-up was a natural move, said Verkade, who keeps in close contact with all of the artists and designers who’ve done long-term residencies at the Sarabande headquarters and studios in East London. She has been tireless in raising money for Sarabande and in raising the profile of the creative minds who are working, and who have worked there.

A few months before that, in April, 2019, Verkade took a group of Sarabande residents to Hong Kong for an installation and pop-up shop at Joyce that housed works of art and sculpture, a jewelry engraving workshop and a clothing offer from designers including Craig Green and Roberts Wood. Some of the designers and artists remained on site for a week to meet customers, retailers, local talents and craftspeople.