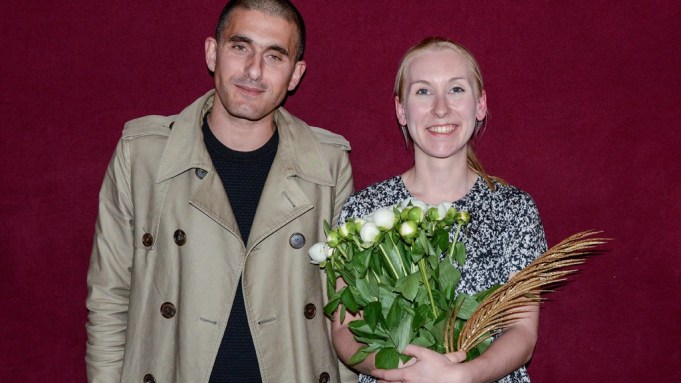 HYERES, France — “Nature and the theme of haute couture were the themes that inspired me, along with innovative textiles,” said Satu Maaranen, 28, before winning the Première Vision Grand Prize at the 28th edition of the Hyères International Festival of Fashion and Photography, which ends Monday.

The Helsinki-based designer, a graduate of Aalto University, impressed with her hand-painted fabrics and prints. “My dream is to find a job from a big fashion house… Kenzo would be super nice,” she added.

Maaranen was one of 10 international designers competing for the prize, valued at 15,000 euros, or $19,543 at current exchange, a list that was whittled down from around 350 applicants.

The event’s fashion show was streamed live at the Palais de Tokyo museum in Paris on Saturday night, with the Netherlands-based Yvonne Poei-Yie Kwok designer, 25,  winning the audience award there.

Exhibitions included an art installation by Baptista, and the works of Guy Bourdin and of French photographer Charles Fréger.

Among the crowd attending the festival were Sidney Toledano, Christian Dior Couture president and chief executive officer; Jean-Paul Lespagnard, a former Hyères winner, and designer Ora-ïto, who said he is opening a contemporary art center, called the Mamo in Marseille, France, and a new restaurant in Paris before summer.