The Savannah School of Art & Design's “Refined Irreverence" exhibits feature more than 130 of the designer's creations. 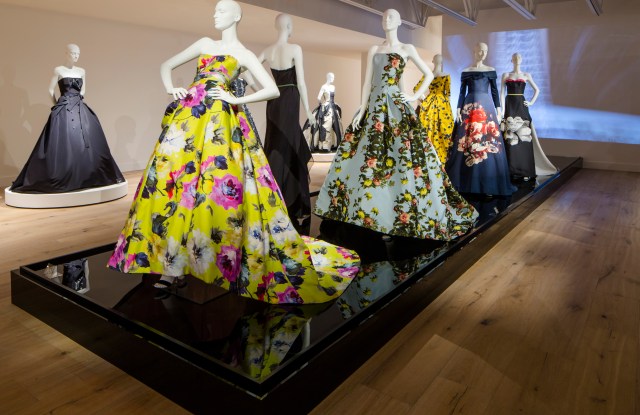 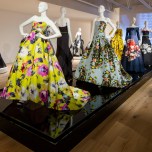 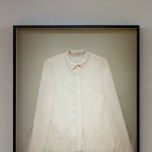 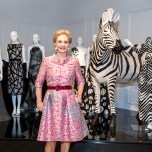 Carolina Herrera had a big march through Georgia last weekend, when the Savannah College of Art & Design honored her career as a designer and simultaneously opened two exhibitions of her designs over the past decades in Savannah and Atlanta.

Named “Refined Irreverence,” the exhibitions, which opened May 20 and close Sept. 25, are at the SCAD FASH museum in Atlanta and at the SCAD Museum of Art in Savannah. They mark Herrera’s first major exhibition in two cities simultaneously and SCAD’s first concurrent exhibitions at its two museums. Originally intended to display about 75 of Herrera’s designs, the exhibits ended up with 134 pieces, loaned from Herrera and from SCAD’s own collection: 99 in Atlanta and 35 in Savannah. Both exhibits were curated by Rafael Gomes, SCAD director of fashion exhibitions, with the aid of Herrera’s daughter, Patricia Herrera Lansing, who works alongside her mother as special projects director at Carolina Herrera Ltd.

Herrera also received SCAD’s prestigious Etoile award, which honors outstanding achievements in style and design, on May 20 in Savannah. Past honorees include Pierre Cardin, Catherine Deneuve, Graydon Carter and Russell Simmons. She was in Atlanta the previous evening for the members’ preview party.

“SCAD is quite a remarkable place,” Herrera later told WWD. “What they achieved with the exhibition, capturing my 35 years in fashion, left me speechless.”

Paula Wallace, president and founder of SCAD, said, “Over the course of 35 years, Carolina Herrera has ascended to the top of the fashion world. Her person, her career and her creations deserve to be shared, lauded and studied.”

The first design in the exhibit represents Herrera’s signature look: a white blouse. Several of them are framed, like pieces of jewelry, in shadow boxes. In one vignette, which includes a dress from the first collection on which she and Patricia collaborated, the backdrop is a gallery of family pictures, including one of Herrera’s father and one of her mother under a huge black-and-white-striped umbrella.

Another vignette features wedding gowns, including the one worn by Herrera’s daughter Carolina Herrera de Baez at her 2004 wedding. In another, a stunning laser-cut cardboard zebra sculpture, created by SCAD alumna Emily Nelms Perez, is mounted within a group of black-and-white dresses — including, of course, a zebra-print one.

Many of the looks had been created for and/or worn by celebrities. They included the navy strapless silk faille dress worn by Sandra Bullock at the 2013 movie “Gravity” premiere in Tokyo; a white Mikado gown worn by Zhang Ziyi at the 2015 Met Gala, and an abstract Mikado print dress worn by First Lady Michelle Obama at the Stanford Center at Peking University in Beijing.

The exhibit concludes with a group of mannequins, clad in the designer’s characteristic big-skirted gowns, looking as if they were striding down a runway with a video projection of a fashion show edited by SCAD alumni.

A photo exhibit of fashion from 1973 by Bill Cunningham, photographer of The New York Times, precedes the Atlanta version of the show. SCAD said the juxtaposition reflected Cunningham’s influence in getting designers to choose New York as their base of operations. Venezuelan-born Herrera was one of those designers.