There's plenty to see, do, eat and drink in Berlin. 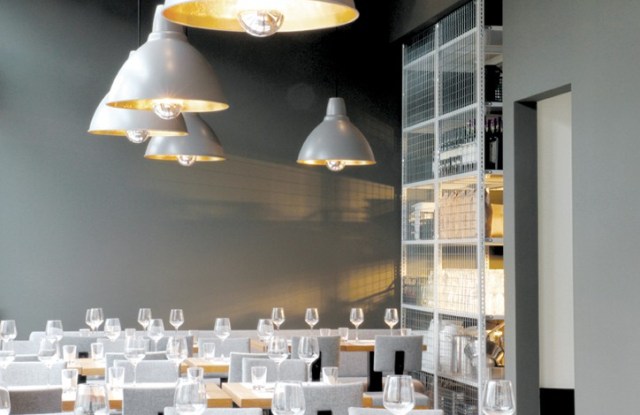 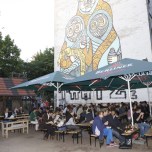 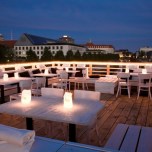 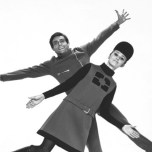 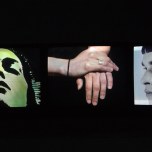 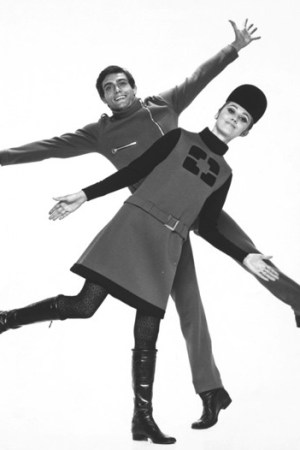 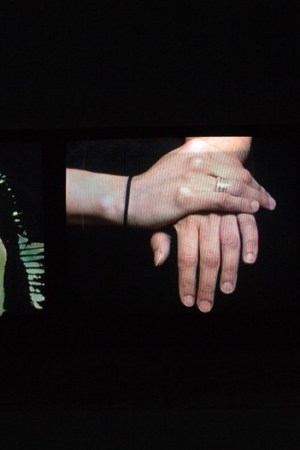 “Your Uncertain Shadow” by Olafur Eliasson.

Spring sees the emergence of any number of new bars and restaurants in Berlin, this year with one happy difference: Quality seems to be a new priority, no matter how informal or relaxed the locales might be.

Here, a roundup of fashionable new places to go when hunger or thirst strikes. Dollar prices are converted from the euro at current exchange rates.

Chipps: Berlin’s resident club gastronome Heinz Gindullis, better known as Cookie, is used to catering to the nocturnal crowd. His first bar has been around since 1994, and his restaurant CookiesCream is in its second incarnation, serving vegetarian fare above his still trendy club Cookies. His latest culinary endeavor, Chipps, however, opens at 8 a.m. and has turned into a popular lunch spot. The mix-and-match menu allows guests to create their own salads (from $8) and entrees (from $13) from a core selection of greens, potato rösti, pasta, rice and cheese dumplings, vegetables, toppings, sauces and dressings. Carnivores will be pleased to hear that roast beef and zander or pike perch filet, although reduced to sides, are on Chipps’ menu, too. Chipps, 35 Jägerstrasse, 10117 Berlin; +49-30-3644-4588; happy@chipps.eu; chipps.eu. Open daily from 8 a.m.

Hedi’s: It took a lot of bureaucratic wrangling but, still, where else but Berlin could one open a pop-up restaurant in an abandoned lot in the middle of an increasingly upand- coming street? Torstrasse is the street, in this instance. Under the name Hedi, former sommelier Tilo has combined bare-bones biergarten tables and bench seating with bigscreen soccer viewing and a discriminating, sophisticated menu at backyard prices. For instance, the opening week’s offerings included a scampi appetizer at $5, wild herb salad with or without goat cheese for $5 to $7.35, Thuringer bratwurst or beef goulash at $7.35, and a French entrecôte at $12.50. His handpicked wine selection runs from $3.75 to $6.25 a glass, and his uncle’s apple-rhubarb juice is a real treat. Tilo sees Hedi as a mix of art, fashion and food. “And like in art and fashion,” he added, “the main thing these days is to have quality.”
Hedi’s, 84-86 Torstrasse, 10119 Berlin; +49-17-9134-6059. Open daily from 10 a.m. (food starts at noon).

Bixel’s: If this space seems familiar, that’s because it is the former site of Bless’ Berlin store. But rather than imaginative duds, Bixel’s dishes up creative spuds. The specialty — and indeed only main course — is baked potatoes, filled with melanges such as beef, tomatoes, onions, olives, carrots, apples and horseradish sauce, or goat cheese, spinach salad with truffle oil, walnuts, mushrooms and spinach sauce (both $7.50). The tiny restaurant is painted black and outfitted with rough-hewn wooden tables, benches and stools. Its proprietor, Daniel Bixel, previously worked at the A.P.C. boutique down the block and is also a designer in his own right. His restyled men’s vintage pleated pants can still be found in boutiques such as Konk in Berlin and Boys Boys Boys in Hamburg, but, right now, hot potatoes take precedence.
Bixel’s, 38 Mulackstrasse, 10119 Berlin; danielbixel.com. Open Monday to Saturday, 11:30 a.m. to 10 p.m.

Mamecha Café: This zen newcomer to trendy Mulackstrasse specializes in all things green tea. The traditional drink shows up in lattes, ice cream, cheesecake, over ice cubes, and in its original form in elegant packages to take home. The menu, new each week, hosts a range of perfect-for-summer light fare — cold udon, tofu salad jazzed up with misosesame dressing, a chicken rice bowl. Desserts include tofu truffles and mango pudding, in a setting that’s simple and sweet, with oversize paper lanterns alongside miniature vintage tables.
Mamecha, 33 Mulackstrasse, 10119 Berlin. Open Monday to Saturday, noon to 8 p.m., and Sunday, 1 to 8 p.m. Closed Tuesdays.

King Size Bar: When the proprietors of Berlin’s reigning Grill Royale restaurant teamed up with top party organizer Conny Opper to open a bar in Mitte, they stuck with the regal theme, in name at least. But a visit to King Size Bar quickly reveals the irony of the title. The bar is diminutive, furnished with a few bar stools and scratched walls covered with sporadic artwork. Not much has changed in here since the Nineties, but then understated and retro is what Berlin does best, as this new drinking den’s instant popularity attests. The opening party in late May saw hundreds of people turned away as the throng squashed in. Since then, it has become a hot spot for both pre-prandial aperitifs and cozy late-night drinking sessions.
King Size Bar, 112b Friedrichstrasse, 10117 Berlin. Open Thursday, Friday and Saturday, 7 p.m. to 7 a.m.

Ressort: As illustrated by Rodeo and Fleischerei, which are located in an old post office and a former butcher shop, respectively, managers Martin Hötzl and Daniel Bertzen have a flair for pairing food and drinks with extravagant interiors. This summer, the duo has taken its concept outdoors by setting up its first seasonal venue, Ressort, a 16,000-square-foot riverside location inviting guests to eat, drink, party, relax and stick around all day. From noon until late night, Ressorts’ restaurant is popular for its grilled meats and fish (from about $18). There’s a small sandy strip of beach that includes deck chairs, hammocks, a snack bar and nightly bonfires; a rooftop bar, and an adjacent nightclub, open on weekends. Various screens around the venue broadcast sports and events — this season, the World Cup — while the bar’s liberal attitude toward customized cocktails should keep less soccer-inclined guests busy with options.
Ressort, 50/51 Invalidenstrasse (behind Hamburger Bahnhof), 10557 Berlin; +49-17-8266-6383; info@ressort-berlin.de; resort-berlin.de

In Berlin, fashion is often eyed critically by industry outsiders, but Dysfashional could force even die-hard opponents to take a second look. Rather than dealing with the material side, Dysfashional provides insider access into the minds of 19 designers and artists, including Raf Simons, Hussein Chalayan, Bernhard Willhelm, Kostas Murkudis, Gaspard Yurkievich, Michael Sontag, Marc Turlan and Damien Blottière, who were given carte blanche to reflect their thought processes in individual installations.

Set in an open space, “The art works are installed in a way they can almost talk to each other,” noted Luca Marchetti, a curator of Dysfashional. The respective creatives were chosen for their strong conceptual orientation, and for their presence in Paris, Berlin or both. The exhibition, previously staged in Paris and now at Berlin’s Haus der Kulturen der Welt, also explores the two cities’ fashion landscapes, pitting Paris’ spectacle against Berlin’s underground aura. Or, as Marchetti suggested, “Berlin could be seen as an alter ego of Paris fashion.”

Also on view are two related projects. Parasite by design duo Bless bridges the gap between creativity and commerce with exhibits up for sale, while Bodies in Motion is a collaboration among artists, designers and students from Esmod.

Berlin not only provides a strong platform for fashion newcomers, but it’s now home to nine fashion schools as well. Running at the same time and place as Dysfashional, “Mode Macht Schule” presents the work of five colleges over a sixmonth period with Esmod and Berlin-Weissensee Academy of Arts showing during Berlin Fashion Week. Dysfashional: Through July 17. Mode Macht Schule: Through Nov. 28. Haus der Kulturen der Welt, 10 John-Foster-Dulles-Allee, 10557 Berlin; +49-30-397-870; hkw.de

HIGH ON THE SIXTIES

Often, the looks associated with a specific decade emerge later and continue longer than the strict 10-year period allows. And more often still, those fashion looks cover a lot more stylistic ground than simple tag lines would suggest. “High Sixties Fashion — Fashion Photography and Illustration” turns a wide-angle lens on the “Long Sixties,” or the period historians date as 1958 through around 1974, before focusing on the more decisive and action-packed years of the “High Sixties” — 1964 to 1969.

Drawing on the extremely well-stocked reserves of the city’s Lipperheidesche Costume Library, the exhibition also brings the Germanic Sixties to life. For though the show draws on photos and illustrations from London, Paris, Italy and the U.S. — including a Twiggy montage from a 1967 WWD special section — the majority of material is German.

What were the differences? In the eveningwear section called Swinging Party, a shot of a Jean Patou gown is flanked by photos of mid-Sixties creations by Berlin based designer Uli Richter — to interesting effect. Richter was one of Berlin’s emerging high fashion makers until the building of the Berlin Wall effectively crushed that budding fashion moment.

Elsewhere, however, the focus is on mainstream Germany’s brush with trends of the era. Adelheid Rasche, curator of the Costume Library and the current exhibition said, “The German version was always a bit more wellbehaved, quieter, a centimeter longer. Apparel makers didn’t quite dare to push into the real avant-garde, and it always took a year longer for the looks to emerge here. Which remains true to this day.”

Danish-Icelandic artist Olafur Eliasson’s first solo exhibition in a Berlin institution is a sort of dizzying deconstructive love letter to his adopted city. Innen Stadt Aussen (or “Inner City Out”), Eliasson’s show at the ornate Martin- Gropius Bau, plays with place, space and perception, feeling at times like a high-art fun house filled with lights and mirrors.

Eliasson holds a chair at Berlin’s University of the Arts, where he heads the curiously named Institute of Spatial Experiments. Museumgoers might get the impression they are indeed being tested by the sculptures and installations on display, as a giant kaleidoscope, exquisite takes on disco balls, and a plethora of visual puzzles have them not quite believing their eyes and reflecting on what they saw. The last artwork may leave visitors in a fog but upon exiting the show, many will want to turn around and do it all over again. Nota bene: Don’t be fooled by the long lines in the museum’s lobby. They’re also an optical illusion. The masses are waiting to see the Frida Kahlo retrospective upstairs, leaving Eliasson’s delights for the discerning adventurer.