On Saturday morning, Farida Khelfa led a tour of the sumptuous and whimsical new salons on the Place Vendôme in Paris. 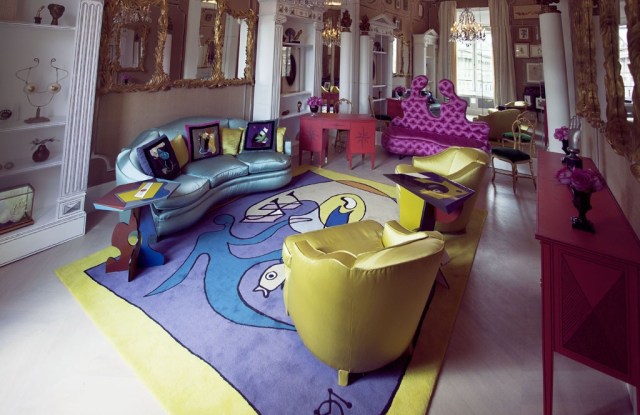 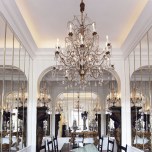 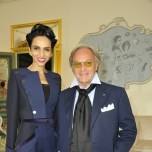 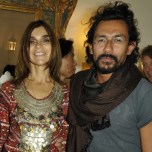 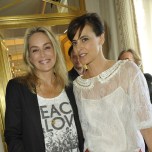 “Do you like my new home?” Farida Khelfa trilled Saturday morning, leading a tour of the sumptuous and whimsical new couture salons for Schiaparelli on the Place Vendôme in Paris.

Although the storied brand, acquired by Italian entrepreneur Diego Della Valle in 2006, has yet to hire a designer, and its first collection is expected in January, the colorful, art-stuffed rooms telegraph the brand’s surrealist roots — and its hyper-luxurious business approach.

This story first appeared in the July 2, 2012 issue of WWD. Subscribe Today.

“Prêt-à-couture” is the nomenclature Della Valle has chosen for Schiaparelli, which is plotting a small fashion show at its salons during Paris Couture Week next January.

Khelfa hosted an intimate cocktail Sunday night for the likes of Sharon Stone, Jacques Grange, Victoire de Castellane and Haider Ackermann to show off the reception rooms, which boast stunning views of the historic square and its Napoleon-topped column.

“Sit, sit — you can be the first one,” Ines de la Fressange said to Stone, motioning her to a pristine sofa in sky blue satin.

Appointed with pale Forties furniture, the bright grand salon boasts a lobster-shaped chest of drawers by designer Vincent Darré and a sphinx sculpture that once crouched in Schiaparelli’s original atelier. The mirrored dining room features chairs by Giò Ponti, a rug by Fernand Léger, and a pair of giant metal eyeballs springing out of the wall.

Born in Rome in 1890, Elsa Schiaparelli was known for designs heavily influenced by Surrealist art, such as her Shoe hat and Tear dress.

Schiaparelli had moved into 21 Place Vendôme in 1935, opening a store on the place (now occupied by retailer Dubail), with ateliers upstairs. The new couture salons occupy the third floor, with offices and ateliers under construction on four and five. (Schiaparelli closed her Paris house in 1954 and died in 1973.)

Khelfa, who has been a muse and close collaborator of designers Azzedine Alaïa and Jean Paul Gaultier, said the revival project is being fanned by the “Schiaparelli and Prada: Impossible Conversations” exhibition at the Costume Institute at the Metropolitan Museum in New York, on until Aug. 19.

“Schiaparelli has this magic sound. It’s untouched,” she told WWD. “It’s really the DNA of fashion. Every designer has referenced her at some point. Ignoring her would be like a painter ignoring Picasso.”