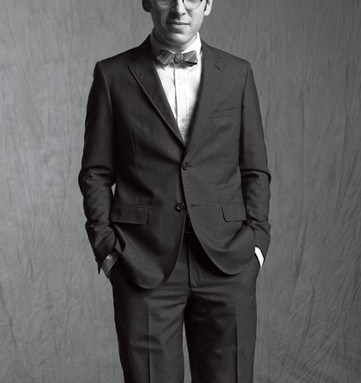 Menswear Designer of the Year

At first, Band of Outsiders became known for boyish tailored clothing, slim-cut oxford shirts and skinny ties. But having branched into so many more categories — including a footwear collaboration with Sperry Top-Sider and a women’s line called Boy — Scott Sternberg’s current calling card is his particular sense of nostalgia, idealizing preppy American adolescence in the Seventies.

“What I do for men’s wear isn’t about innovation on a construction level — it’s fabric development,” he says. “Whether it’s taking a classic stripe and treating it on a different weave, or creating a patchwork or whatever…I take classics and refine them and throw them off a little in the details.”