The store features the brand’s full assortment of canvas sneakers for men, women and kids, including styles that are part of a recent collaboration with Hoffman, maker of Magnum P.I.'s iconic Hawaiian shirt; and a limited-edition "24 Mason" shoe to mark the store's opening.

Sneaker brand SeaVees is putting down retail roots in Santa Barbara as part of a revival of the fire- and flood-ravaged area that includes the recent opening of Rick Caruso’s Rosewood Miramar Beach resort with its Goop Sundries shop, and this summer the return of a revamped San Ysidro Ranch.

The 1,800-square-foot space, on the site of a former surf shop at 24 Mason Street, is in the up-and-coming arts district known as the Funk Zone. Echoing the area’s sun-and-sand lifestyle, it has a tin roof, concrete floor, antique barn wood fixtures and longboards propped against the wall. The store features the brand’s full assortment of canvas sneakers for men, women and kids, $68 to $178, including styles that are part of a recent collaboration with Hoffman, maker of Magnum P.I.’s iconic Hawaiian shirt, and a limited-edition, numbered shoe to mark the store’s opening. There’s also a curated assortment of SoCal merch, including Apolis “Santa Barbara” tote bags, Camp Collection Ts, and vintage OP shorts from chief executive officer and chief designer Steven Tiller’s personal collection.

The flagship is the first for the brand, which has 300 retail accounts, Nordstrom being the largest, and is a culmination of Tiller’s California dream to relaunch SeaVees in Santa Barbara, where his headquarters now employs 32 people. 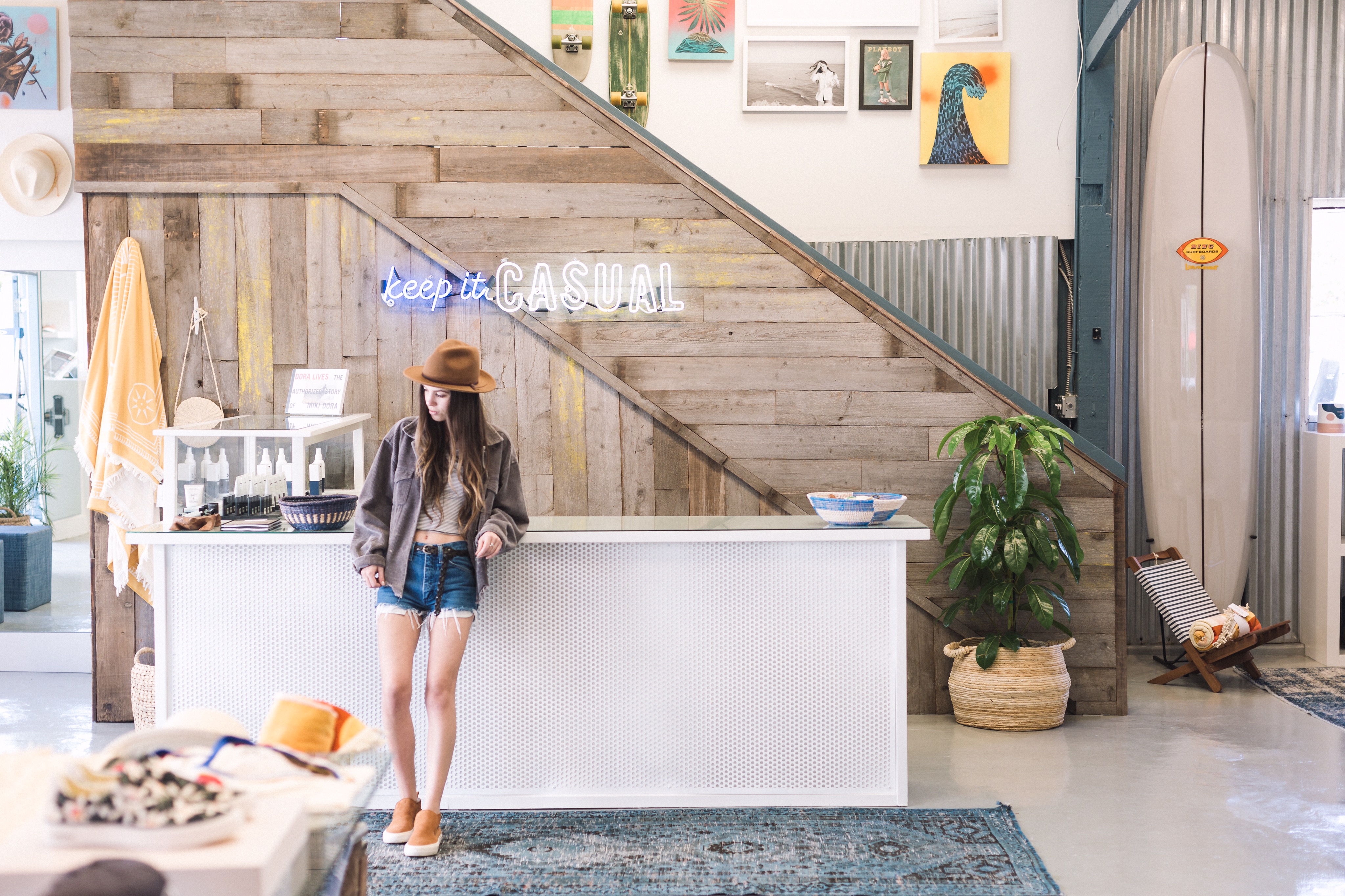 SeaVees was founded by Akron, Ohio-based B.F. Goodrich in 1964, one of many footwear brands spun off from tire companies, including Keds from Uniroyal and Green Flash from Dunlop, which helped transition the sneaker from gym to lifestyle shoe in American wardrobes. Converse purchased B.F. Goodrich’s sneaker division in 1969, which included SeaVees, PF Flyers and Jack Purcell, only to have the Justice Department declare it had a monopoly on the sneaker market in 1971. So, Converse sold PF Flyers and shut down SeaVees, which would stay dormant until 2008, when it was relaunched by Tiller, who spent his fashion marketing career on the East Coast rebranding heritage names such as Keds and Sperry Top-Sider among others. He had been looking for a personal passion project (and a reason to move to SoCal) and discovered it in an old pair of SeaVees he stumbled on in a Tokyo vintage store in 2005. 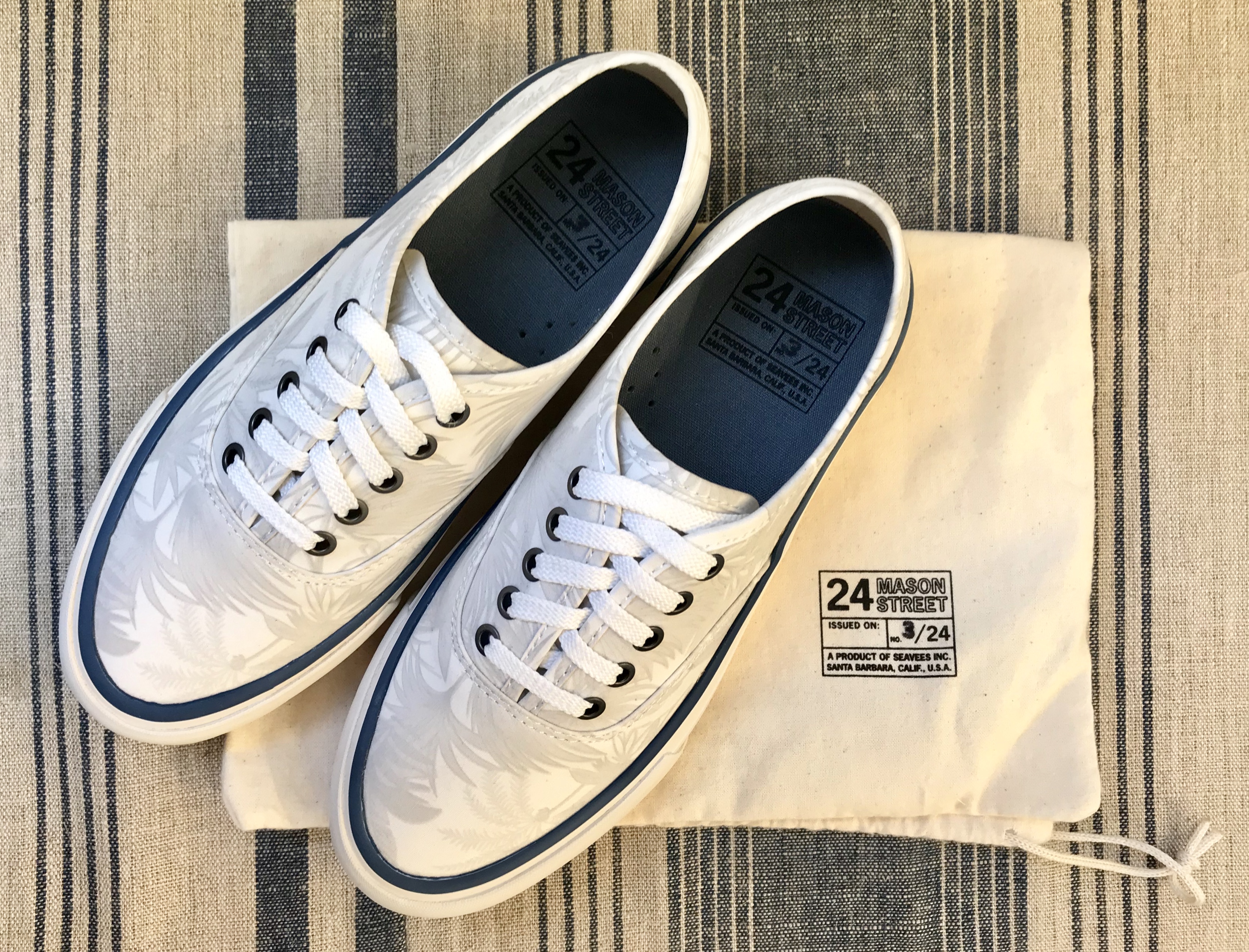 “I had studied the footwear category my entire life, and never heard of SeaVees,” said Tiller, who grew up in landlocked Oklahoma and clearly appreciates the power of storytelling in fashion. “I bought an original dead stock pair from 1964 and felt like it was too good to be true…I had been gravitating toward sneakers, and loved working on vulcanized rubber shoes, which are almost like pottery because you can shape them by hand and put them in the oven to bake. Their little imperfections in my eye were perfection. I wanted something from midcentury, because in studying fashion trends, I discovered that if something was conceived in the Fifities and Sixties, it never goes out of style.”

In the beginning, it was bootstrapped, he said of building the collection, which is designed in Santa Barbara and manufactured in China. In the last 24 months, Pentland Brands invested in SeaVees, though Tiller is still the primary owner. 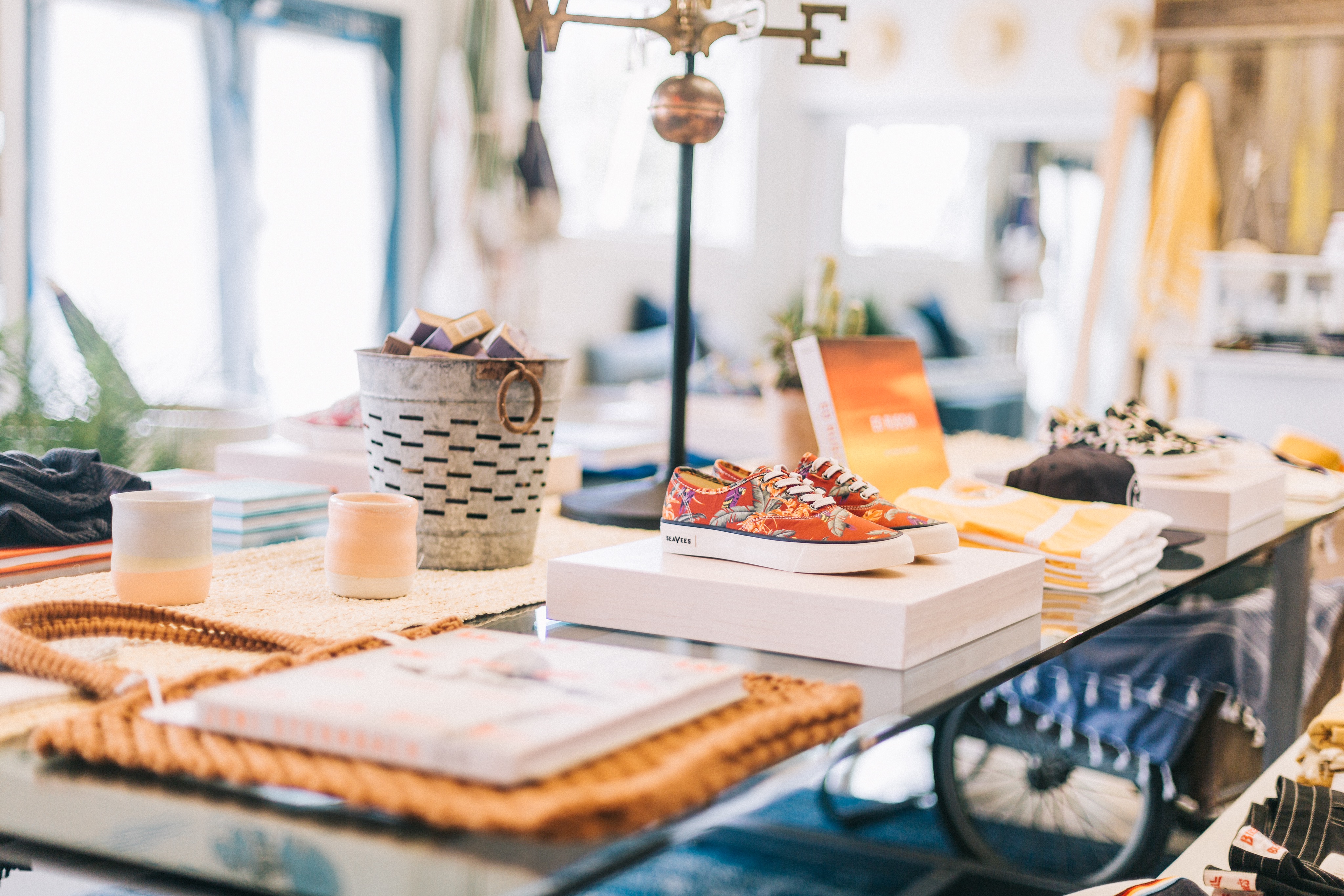 He hopes the Santa Barbara flagship will be a new phase of growth. “While we’ve existed 11 years and the spirit of SeaVees has always been really deep whether on our own web site or when you see it in Nordstrom or J. Crew, now there is a physical manifestation at 24 Mason Street,” said Tiller, who shared that the brand will also have a collaboration with Montauk’s Surf Lodge this summer. “This store is full of things…when I was in 8th grade, OP corduroy board shorts represented California. I’ve been collecting them for years and they are in this shop, because for me, it’s part of a realized dream. I have hangers wrapped in navy-and-white striped yarn, which are like what my grandparents would make for me when they retired, so I have re-created that, and every T-shirt and hoodie is hanging on a striped yarn-covered hanger. I hope people see it as a rededication to the brand in my second decade there.”

It’s also a rededication to Santa Barbara, which Tiller never considered leaving, not after 2017’s Thomas Fire, or the debris slides that led his company to give away 500 pairs of shoes to community neighbors left without anything. He said, “The resolve of the people and this area is stronger and ever.” 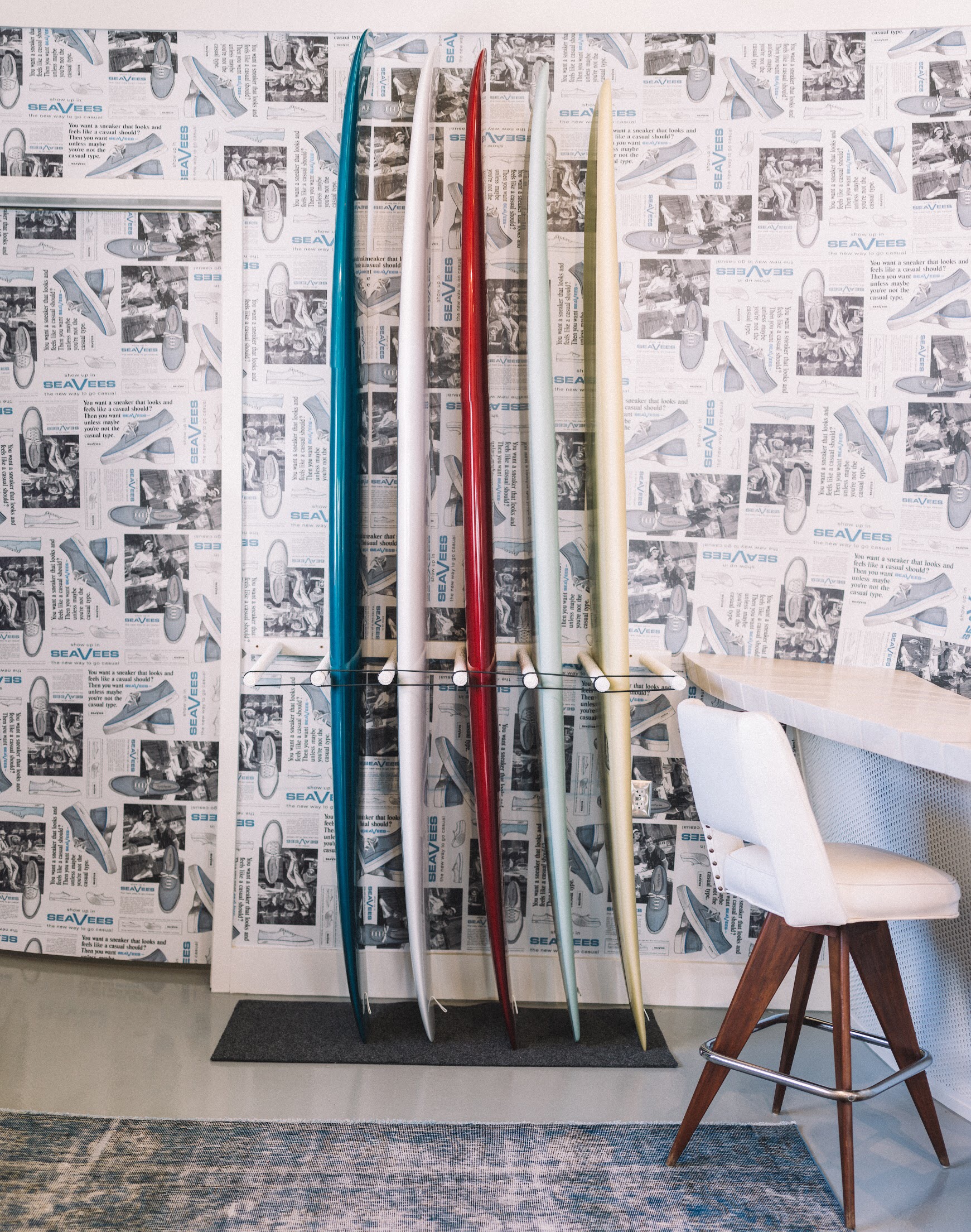