Sergio Rossi is at a crucial stage after having made the jump from a footwear factory to a high-end luxury brand. 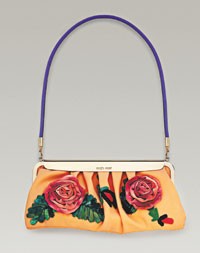 MILAN — Sergio Rossi is at a crucial stage after having made the jump from a footwear factory to a high-end luxury brand, said chief executive officer Isabelle Guichot, who joined the 50-year-old company in the spring from Richemont SA.

“We’re at a turning point,” Guichot said. “Sergio Rossi has evolved into a brand.”

With the aid of Edmundo Castillo, hired as senior women’s footwear designer a year ago, Sergio Rossi will strengthen its wholesale network, boost its U.S. presence, offer a customized selection of shoes and introduce bags.

“Sergio Rossi had an eye and a vision that we have maintained,” Guichot said. “Our mission is to enrich and strengthen that DNA and convey it on a broader scale.”

She said that, in strategizing a brand’s growth, it is important to figure out how far it can stretch and what should be explored or avoided.

What it does need are variations of the footwear theme, she explained.

For example, spurred by clients wanting to show off evening bags that match their sexy shoes for night outings, spring’s selection includes for the first time minaudières, clutches and envelope silhouettes with chain-link straps in silk satin that feature the same embroidery as that on the shoes. Retail prices range from $352 to $1,293.

Sergio Rossi also will raise the thrill of ceremonies, such as weddings and bas mitzvahs, by offering customers the opportunity to create customized shoes for such events.

Depending on the style and material, customized shoes will cost 50 percent more than rtw shoes. The retail prices for shoes range from $293 for ballerina flats and loafers to about $1,058 for styles designed in crocodile or lizard.

“These shoes will be engraved with the couple’s names and will come in special boxes to glorify the moment,” Guichot said.

Store openings in Geneva, followed by two units in China, one in Beijing and the other in Xian, are on the brand’s retail plate. The three stores are franchised. A directly operated 1,200-square-foot flagship at 694 Fifth Avenue in Manhattan is to open in December, replacing a temporary unit in SoHo.

This story first appeared in the November 21, 2005 issue of WWD. Subscribe Today.

Since Gucci Group took over in 1996, Sergio Rossi’s directly operated stores have grown to 48 doors from 13. Worldwide, there are about 500 points of sale, which include specialty and department stores.

By Guichot’s own admission, Sergio Rossi has neglected its wholesalers, but hopes to make up for the lost ground, especially in the U.S.

Noting that there’s no reliable number for current doors in the U.S. market, Guichot’s goal is to secure 50 to 75 points of sale between department and specialty stores in two years.

The store concept, updated in 2001, will feature what Guichot calls a “feminine flourish.”

“We want to make the brand’s history readable in the stores, as well,” Guichot said.

The recent exit of the Rossi family — founder, board president and creative director Sergio; his son and marketing manager, Gianvito, and his brother and board member, Franco — won’t mark a change.

“It’s not a matter of who or when because Sergio Rossi has reached its maturity with a very distinctive vision,” Guichot said.

Gucci Group is considering how to fill the vacant posts.

The Rossis’ decision followed an agreement in January 2004 for Gucci Group to take full control of the footwear brand.

Guichot said when she arrived and toured the stores and the factory, headquartered in San Mauro Pascoli, Italy, she was impressed with the workers’ dedication and acquaintance with the brand.

“They were all so passionate and could immediately scope out styles that were true to the designer’s legacy,” Guichot said.