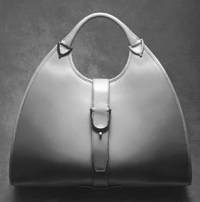 PARIS — Luxury brands are out of control. That is, they are breaking out of the direct-control mantra that defined the Nineties.

As companies rushed over the last five years to roll out their signature store concepts worldwide and increase direct control over every aspect of their labels, a worrisome side effect was a sameness in luxury shopping streets from Beijing to Beverly Hills. This coincided with the global luxury downturn that started just before the Sept. 11 terrorist attacks, and has continued through the latest holiday shopping season. Luxury brands, and retailers, are now scrambling to fight consumer ennui and excite them with product differentiation and specialization.

So, the mantra of the luxury world has changed, from “all for one and one for all” to “one for one and just for you.”

Luxury players are layering on initiatives to create a more diverse shopping experience. These include made-to-order products, from Gucci handbags to Burberry trenchcoats, special merchandise that is shipped to only a single location, and increasingly personalized service and styles. Gucci, for example, has seven styles of limited-edition, numbered handbags.

Perhaps the most common strategy is customizing the look and architecture of new stores, particularly flagships. Prada, for example, keen to break the monotony of its well-known lime green store format, enlisted architect Rem Koolhaus for its SoHo New York store and forthcoming San Francisco unit, and Herzog & De Meuron for its Tokyo flagship, bowing this year.

“At the beginning, many criticized us,” said Prada chief executive Patrizio Bertelli. “They said that to differentiate the image of the stores would destabilize the concept of the label, but now many are following the same path. The brand can be expressed in different ways.”

Not everyone agrees on which strategy is best, but many observers cite a need for diversity.

“In the Nineties, having a uniform image across the world was a key way in which brands built recognition and enabled consumers to understand what the brand lifestyle was all about,” said Claire Kent, luxury analyst at Morgan Stanley in London. “But today, consumers sometimes complain that there’s not enough differentiation across cities to make shopping interesting.”

Sir Paul Smith is also outspoken on what he considers luxury overload.

“The very nature of a rollout means that it’s very formulaic and that’s very hard to go against,” he said. “Unfortunately, there’s just too much of the same thing. In some cases, you could take the name sign down from the city and you wouldn’t know where you are.”

Della Valle said his solution is simple: Half of the decor and furniture and half of the merchandise must be unique in each Tod’s and Hogan location. Della Valle set no timetable for achieving that goal, but stressed that “we want to have shops that are unique.” He also noted that the firm is experimenting with boutiques that house all of its brands under one roof.

Asked about made-to-order luxury, a new push for some of his competitors, Della Valle said that tactic is “not modern” because customers don’t want to wait for an item to be produced. “A more modern idea is to have different products in different stores,” he said.

“The luxury customer has no patience,” agreed retailer Majed Al-Sabah, owner of the giant Villa Moda designer complex in Kuwait. “We have to get the made-to-order product to the customer no later than four-to-six weeks maximum.”

Al-Sabah said having exclusive merchandise in his branded boutiques, which include Gucci, Prada, Ferragamo and Yves Saint Laurent, best drives traffic and sales. He recently commissioned Miuccia Prada to design caftans for his store, which he said boosted brand awareness and sales, achieving 50 percent sell-through in two weeks.

“It brought more traffic to the Prada store and people bought even more pieces from the main collection,” he said. What’s more, “the feeling of the customers was so great as they were very pleased, and [they] appreciated the fact that Miuccia has feelings for their lifestyle and gave them what they wanted. It made such a huge impact.”

“Having exclusive merchandise seems like a good strategy because it offers consumers the chance of getting a product they wouldn’t find in another city and does not have the same price constraints as made-to-order,” said Kent at Morgan Stanley. “We think the concept of made-to-order is a good one. However, it will probably have limited appeal because of price considerations.”

Smith, who has long sprinkled toys and vintage clothes among his collections in his stores as a way of customizing them, said one of his favorite stores in the world is Tokyu Hands, a seven-story emporium in Tokyo devoted to anything one might need for the home and beyond, from hardware and electronics to party supplies, camping equipment and stationery.

“I think most human beings love the act of discovering things,” he said. “[Tokyu Hands] has every penknife, every backpack, every staple gun or pen you could ever imagine. Shops like that I find really amazing because you don’t find them anywhere else in the world.”

Smith said luxury boutiques might find it necessary to add other brands as a way of spicing up their shops. “There are things that can be done,” he said.

Chanel president Françoise Montenay said its 130 boutiques have subtly different architecture, a customized merchandise mix and exclusive and/or ephemeral products. “We always try to surprise the customer,” she said. “When you see two of our boutiques, they really are different, even if it was the same architect and interior designer.”

In terms of what’s on sale, about 60 percent of merchandise is common to all Chanel boutiques, with the balance selected by the boutique manager to best meet local needs and tastes. “The merchandise is more and more customized to the spirit of the country,” she said.

In addition, Chanel offers “ephemeral” products, produced in limited quantities and offered for a short time, to spur sales. “It’s really a pleasure for the customer,” Montenay said. “[Our customer] values the familiarity of our makeup, for example, but the idea is to offer a new look, too.”

In Japan, Chanel has created limited-edition products, including a diamond-studded ring and lipstick and eye shadow collections in special colors, which have created lusty demand. A photo album documenting the March launch of ephemeral beauty products in Tokyo is testimony to the success: lines of women snaking outside the shop.

Sometimes, sleights of hand are employed to give a store a more individual feeling.

Montenay said a Chanel store manager may deliberately delay displaying new deliveries, or stagger them, to cater to customers who may come in weekly or even twice a week.

Al-Sabah confessed that he sometimes creates “pretend” waiting lists. “This tool helps us sell three to four times as much quantities, without having any customer upset,” he said.

Al-Sabah said his customers, who travel a great deal, balk at spending up to $1,500 for a handbag that is sold everywhere.

“It’s going to be a long-term problem if the brands continue in such a direction in producing masses of certain expensive products and not give them exclusivity or have them made-to-order,” he contended.

Bertelli said initiatives such as made-to-order and exclusive merchandise reflect a mature market. “This is an enrichment of the brand,” he said, stressing that “exclusive has to really mean exclusive, and not a product masked as such.”

Of course, not everyone agrees eclecticism and variety are the way to go. “We are running contrary to what Diego Della Valle was saying,” said Robert Triefus, executive vice president for worldwide communications at Giorgio Armani. “We spent about $543.8 million over the past four years in developing our infrastructures, in acquisitions and renovating our stores to convey a consistent image because we believe it’s important for each of our brands and each lifestyle they represent.”

Triefus said Armani, unlike brands like Tod’s or Prada, does not rely on tourist business. “With our Milan, Via Manzoni and Hong Kong Charter House flagship stores, we’ve demonstrated our concept of retail destination as a multilayered experience — where there’s bookstores, cafés and flower shops — so that customers are invited to spend a couple of hours there. It’s a rational answer to a large space,” he said. “We are more concerned with cultivating our loyal and local customers, who want a consistent image, a feeling of entering the Armani world in a modern, contemporary rendering.”