Kering will host K Generation Award during the fashion week, which is densely packed with local power players and emerging fashion talents.

SHANGHAI — The latest edition of Shanghai Fashion Week will take place a week after Paris, from Oct. 9 to 20. The city is moving its show date a few days earlier each season, aiming to seamlessly connect with Paris Fashion Week in the near future. Historically, the city is already praised as Paris of the East for its sophisticated fashion and culinary taste.

Shanghai has developed a moderately advanced fashion industry over the past six years. It hosts the largest fashion trade show in Asia, which attracts top local fashion giants and emerging talents from all over the world and wins praise from the international press for its sheer scale and genuine offering.

Lv Xiaolei, vice secretary-general of the Shanghai Fashion Week committee, or Madame Lv to the local industry, said the city is now ready to celebrate what China has achieved 70 years after the declaration of independence and 40 years after the implementation of the open and reform policy.

“With continuous refinement on fashion shows, trade shows and various B2B events, we aim to consolidate and strengthen Shanghai Fashion Week’s undisputed status in the Asian fashion system,” she said.

She also revealed that Shanghai Fashion Week is debuting a new venue, built on the east side of Taiping lake in Xintiandi, at the heart of Shanghai’s Huangpu district. “We just signed a new three-year strategic partnership with Xintiandi, and for the first time, we upgrade the venue,” Lv added.

From afar, the show space looks like modular cubes floating on the lake. Instead of having a plastic white tent, the new structure will be built only with sustainable materials and will feature a conference space for industry talks. 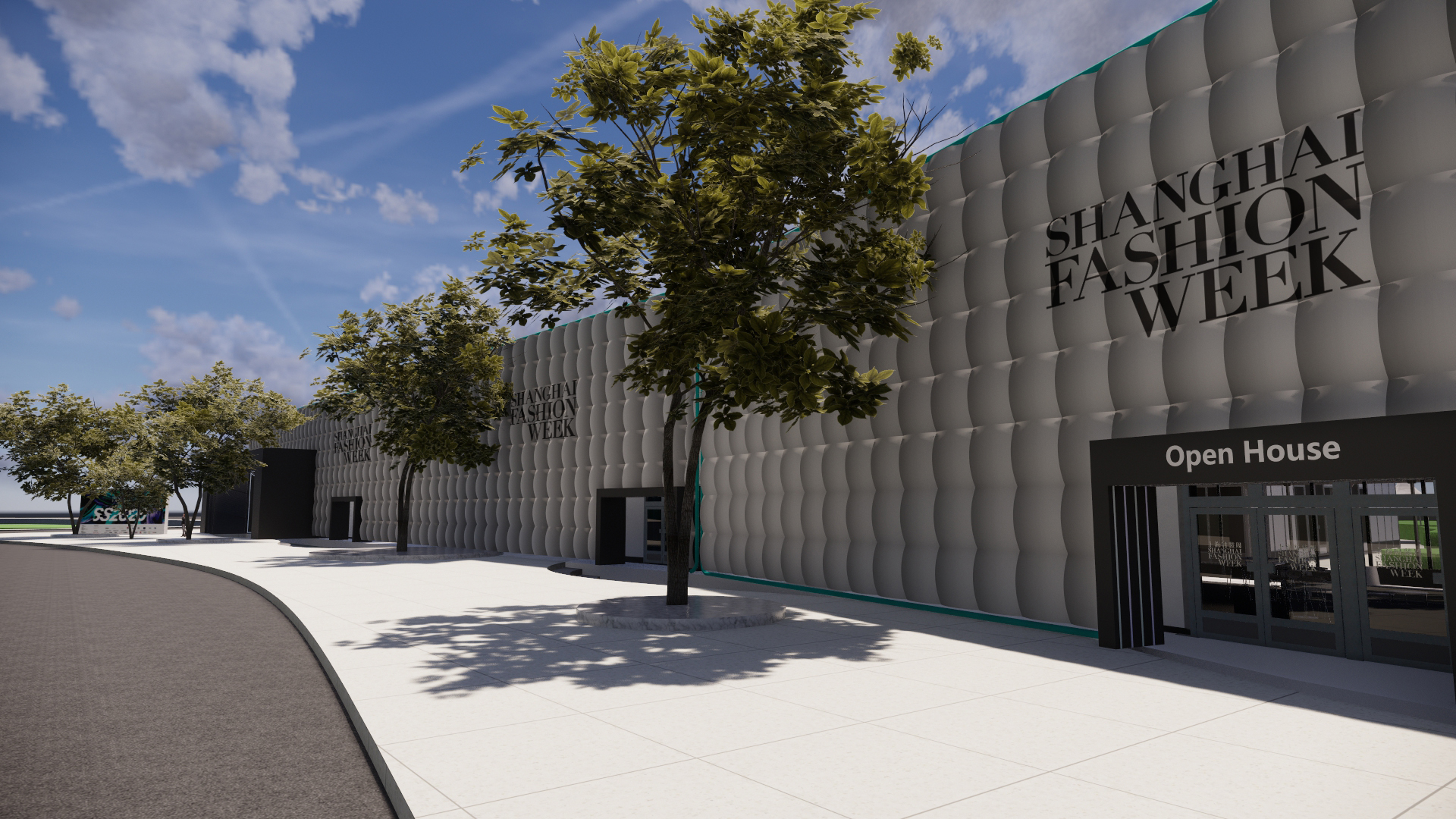 Sustainability is a big focus for this edition of Shanghai Fashion Week. “We always pay attention to the future development of the fashion industry. Sustainability is not a new idea, but it wasn’t until the recent breakthroughs in science and technology that the fashion industry began to have access to sustainable and practical practices,” said Lv.

“And we have the responsibility to communicate these valuable and meaningful ideas and practices to everyone in China. To guide more organizations or individuals to truly engage in environmental protection with professional attitudes,” she added.

Adhering to their commitment, Kering will take its sustainability agenda to Shanghai and present the K Generation Award on Oct. 11, in partnership with Plug and Play, to change-making start-ups and technology companies from China that have the potential to bring about a positive environmental and social impact through innovative solutions for today’s textile value chain.

The grand prize includes a 100,000 euro grant, comprehensive mentorship, access to Kering and Plug and Play’s network and meetings with fashion and innovation leaders in the West.

The luxury group will also host the K Generation Talk the same day, addressing the various facets of innovation, the role of entrepreneurs in innovating, and how to empower the next generation of game-changers. It aims to ignite industry-wide conversations around innovation for sustainability within China’s luxury and fashion sectors. 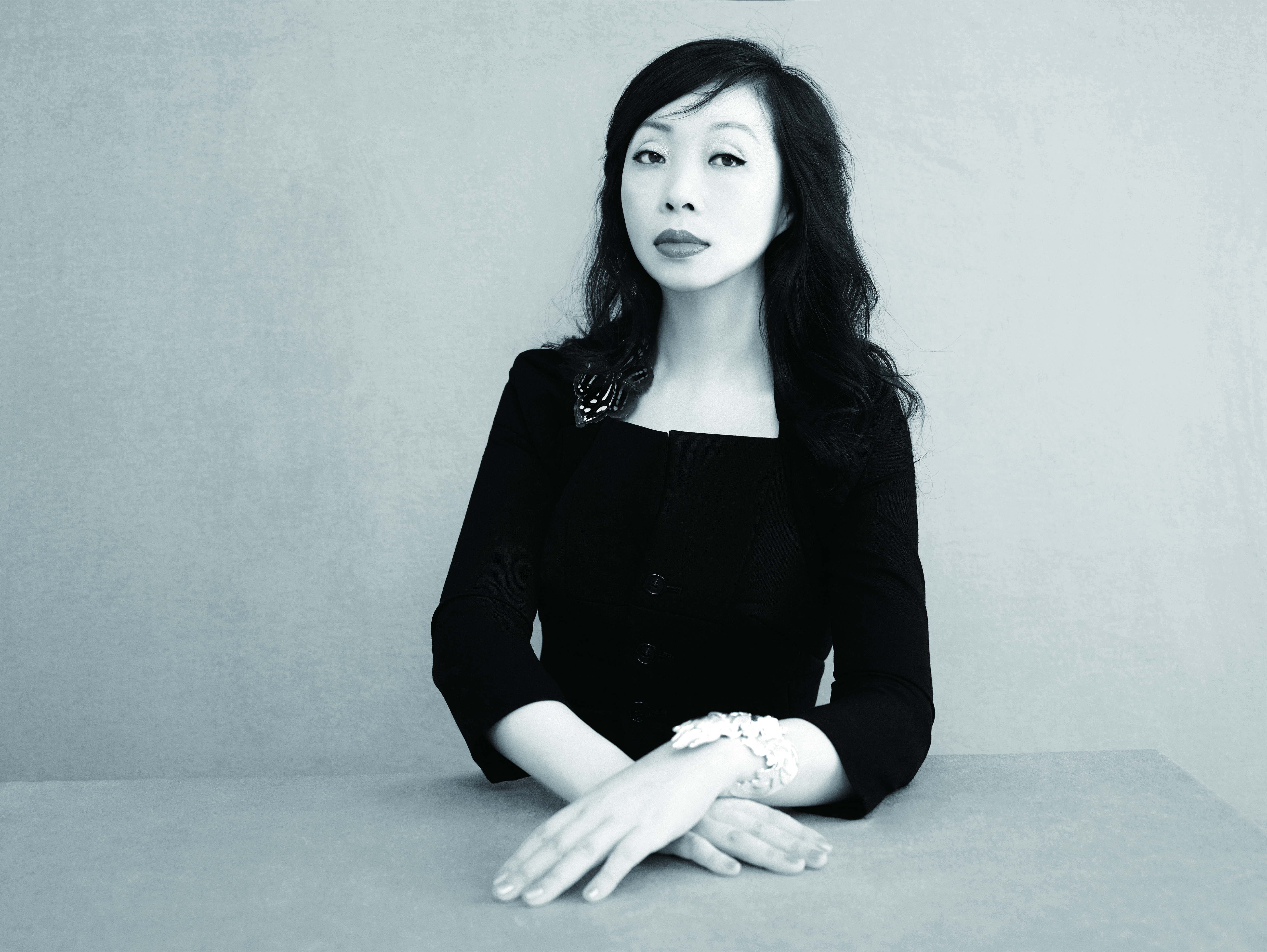 Yeh, a veteran of the local fashion scene and an advocate of sustainable fashion in China, will also host her own event “Shan Future Forum, Innovation in the Age of Crisis” on Oct. 13 in partnership with Shanghai Fashion Week. Shan, meaning kind-hearted or benevolence in Chinese, is a centuries-old Confucianism belief.

She said the forum will “gather forward-thinking international organizations, enterprises, scientists and innovators to discuss sustainability innovation that will help the fashion industry to make a positive impact, with a special focus on the emerging technology and creativity in Asia to set up examples of good practice for a Shan future.”

At the same time, creativity, imagination and inspiration are also the keywords for the upcoming fashion week. A dozen emerging designers and influential commercial brands are on the densely packed calendar. Dior, Hugo Boss, Stella McCartney, Marni and Ami Paris are also doing shows and events around the same time, to capitalize on the in-town fashion crowd.

Lily, a womenswear brand catering to working Millennials, will open the 12-day fashion extravaganza on Oct. 9. The brand is owned by Orient International, one of the largest textile conglomerates in China with 67 billion renminbi, or $9.43 billion, in total assets and 115 billion renminbi, or $16.18 billion, in annual revenue in 2018. It’s also one of the board members of Shanghai Fashion Week. Chinese men’s wear powerhouse Cabbeen will close the fashion week on Oct. 17.

Mingyang Sun, deputy general manager and chief operating officer of Lily, revealed that the show is a part of a bigger rebranding scheme, as the brand will also debut its thoroughly refurbished flagship store on Nanjing Road East, the most visited shopping area in Shanghai.  “The show will feature street cast working women, and their multi-dimensional modern attitude towards lifestyle and fashion choices,” she added. 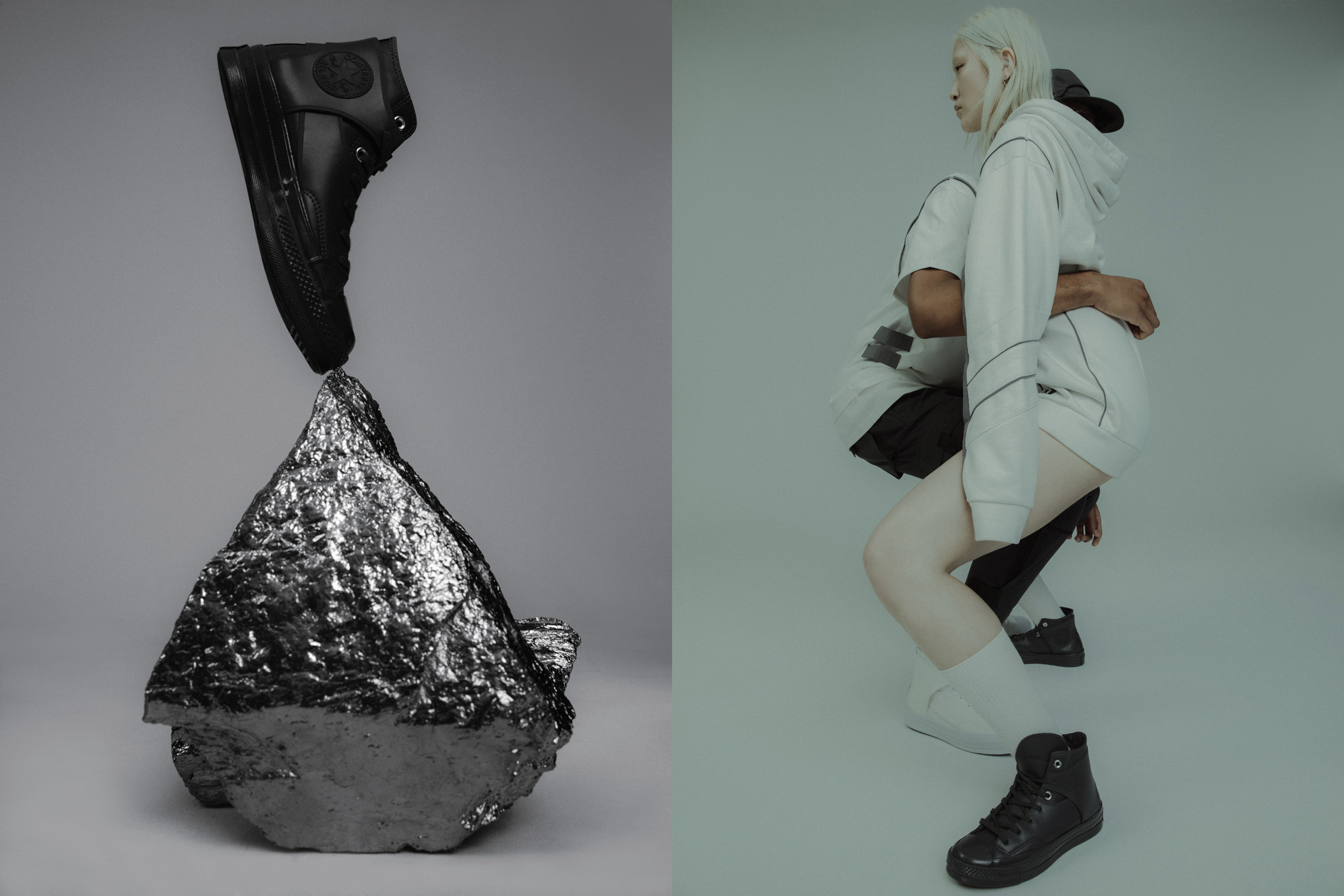 The LVMH Prize-shortlisted Feng Chen Wang will debut her second collaboration with Converse. Based on her spring 2020 collection, the capsule features her deconstructed spin on the Chuck 70 model and sporty clothing. “I was inspired by Air Force boots from the archive in Converse’s headquarters,” said Wang.

Shushu/Tong, Yirantian and Shuting Qiu will expand their spring 2020 collections shown in Milan earlier and put them in a more fitting narrative to the local audience in Shanghai. “There will be more looks, around 35 to 38 of them,” said Liushu Lei of Shushu/Tong. The new collection is greatly inspired by classic drama “The Red Shoes.”

One talented designer, Samuel Guì Yang, has decided, however, to show off-schedule at the luxuriously decorated mansion of Yongfoo Elite, a two-star Michelin restaurant and the former British Embassy in Shanghai.

Yang said his new collection, titled “Moonlighting,” refers to both a Chinese tradition of enjoying the moon shine and also the verb to “moonlight,” to have a second job/persona existing parallel to one’s daytime self.

“We would like to take this chance to create our own private event that can translate well who we are, although instead of seeing it being solo, I think this is something we would like test the water again, and finding what is the best to grow our brand in Shanghai,” he said. 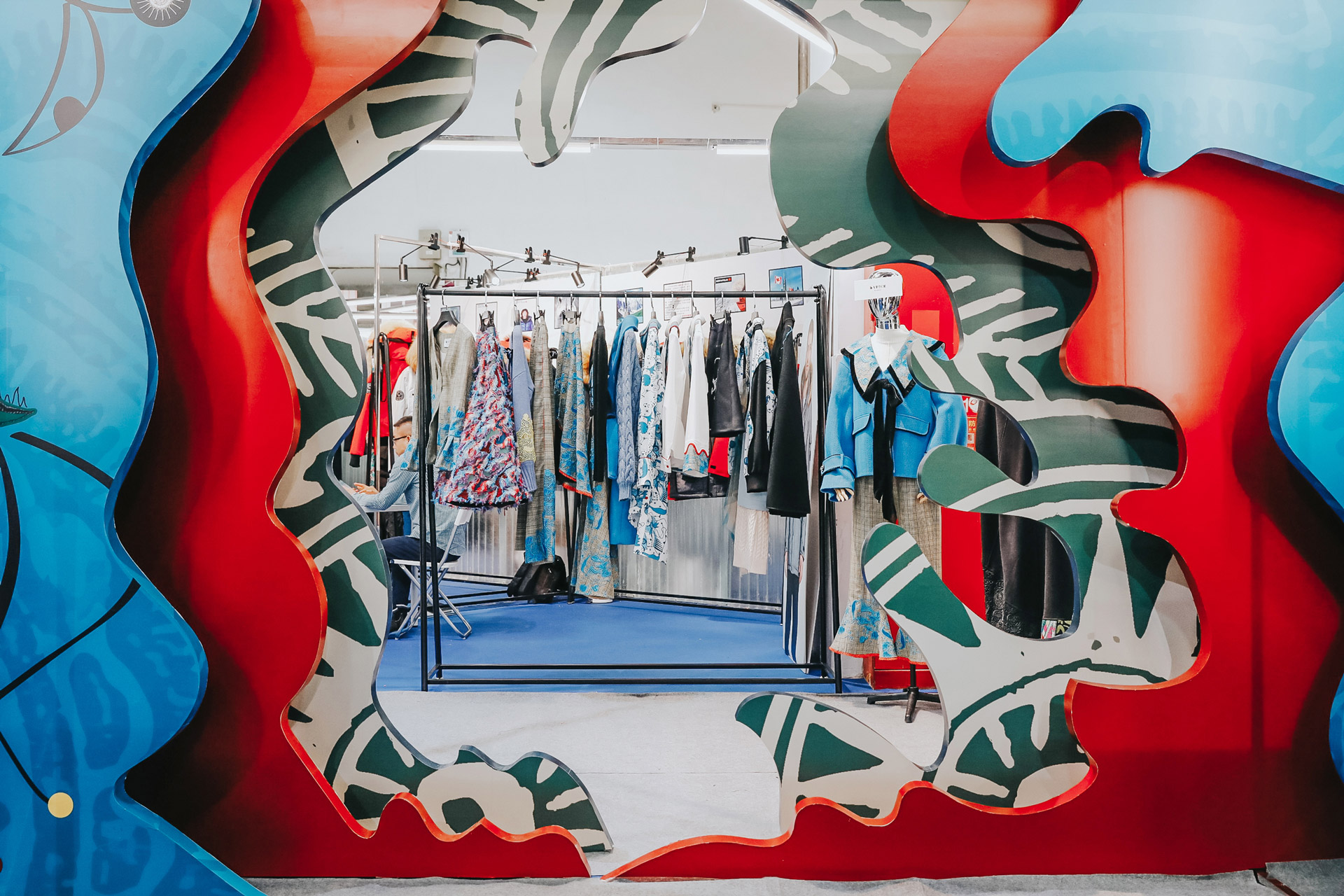 The trade shows and showrooms — notably key players such as Mode, Shanghai Showroom, Ontimeshow, DFO, Tube and Not Showroom — will continue to host a large number of brands.

Mode, the official trade show of Shanghai Fashion Week, will host more than 500 brands from China, Japan, Italy, France and beyond. Italian set designer Oliviero Baldini will continue to curate the space with a bold Seventies retro theme.

“We are introducing a new space for suppliers, showcasing regeneration and sustainability progression in the textile and manufacturing front,” said Jane Zhang, director of the exhibition operation of Mode Shanghai. 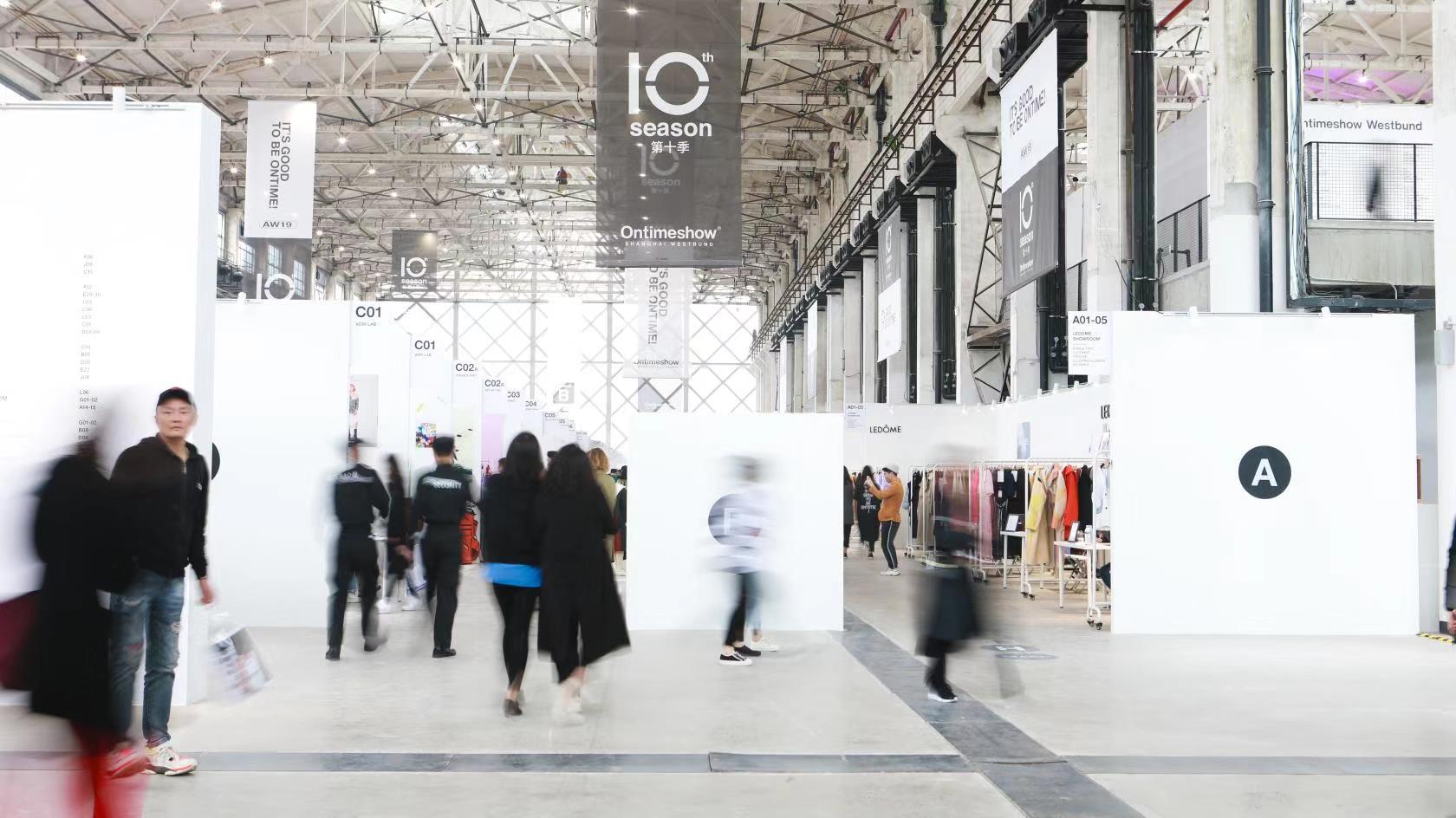 Ontimeshow, the largest trade show at 270,000 square feet, will see further upgrades to the distribution of booth spaces and functionality of the venues. It will also host buyer classes, panel talks, runway shows, and presentations to attendees from across the industry.

Some of the top Chinese designer brands that are not on the schedule can also be found here, such as Qiu Hao, Pronounce, Caroline Hu, Vivienne Tam, Haizhen Wang, Sankuanz, Jun Li, KKtP, Kay Kwok, Private Policy and Angel Chen.

Not Showroom and Tube Showroom, on the other hand, host some of the most exciting Western-trained young brands and have become a must-stop for international press and buyers.