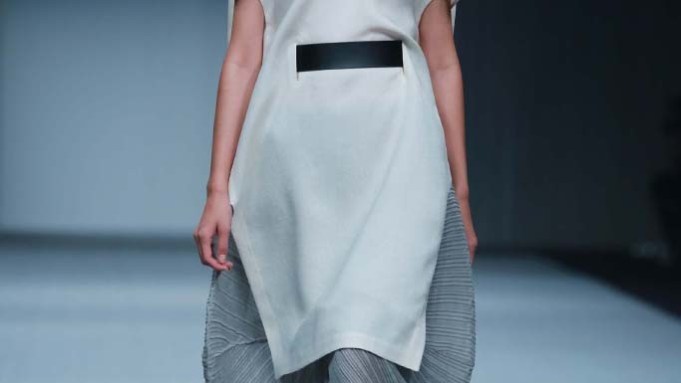 SHANGHAI — The biannual Shanghai Fashion Week launched with a show by high-profile local designer Zhu Chongyun, but it’s the international interlopers who have observers buzzing.

During its 12 years of existence, this fashion week has sought to promote local Chinese design, with the occasional appearance of a big international name on the schedule — past participants include Vera Wang, Jean Paul Gaultier and Vivienne Westwood. This season, however, features a main schedule of 48 shows and events, including international designers Alberta Ferretti, Giambattista Valli and Ermenegildo Zegna. The latter is closing the week with the worldwide debut of its “A Rose Reborn” film project, directed by South Korean Chan-wook Park.

Aside from the main schedule, a number of other international brands, collected under the heading of the Shanghai International Fashion Showcase, will be holding events to coincide with fashion week. Presentations from Zac Posen and Pringle of Scotland, which is also celebrating the opening of its Shanghai flagship, will be joined by events marking the Shanghai maison opening of Shang Xia, Hermès’ local luxury offshoot, as well as the first anniversary of Lane Crawford’s Shanghai department store and the 20th anniversary of Shanghai Tang, which will be marked with a runway show attended by VIPs, including Nicole Kidman.

On his first trip to Mainland China, Posen on Thursday night unveiled a collaboration with Trendy International-owned, China-based brand Five Plus. Zac Posen by Five Plus has been a year in the making and includes 19 cocktail looks that will be exclusively available beginning in January for 12 weeks in 300 Five Plus outlets around China. Online preorders for the collection, which is priced at about $800 retail, begin next month.

“I thought it was a good route to take because it enables me to test the market. We are at such an amazing stage of growth with our company, and obviously China’s going to be a huge part of the focus for that, so it was the best opportunity,” Posen told WWD at the launch event at Shanghai’s 10 Corso Como store.

Of his experience collaborating with a Chinese retailer for the first time, Posen said he was pleasantly surprised by the production capabilities of his partner, which was able to produce dresses based on runway looks “to a T.”

Despite challenges overcoming the time differences and the potential difficulties of working in different languages from various cultural backgrounds, Posen seemed to find the experience of collaboration a positive one. “The most fascinating thing was building the line, seeing from our first proposal, and then multiple reviews back and forth with consumer research and what they wanted to target and key into with our brand,” he said. “I think what was great about the process is that I work with an atelier, so corrections and notes, that kind of technical dialogue is a universal language.”

Presented in a runway show at the launch and modeled by celebrity attendees, including Olivia Palermo, the collection features Posen signatures, including floating chiffon dresses, architectural folds and flirtatious undertones.

Though his profile is increasing in China, particularly following recent red-carpet appearances in his designs by the likes of Liu Wen, Maggie Q and Fan Bingbing, Posen sees this collaboration as an opportunity to reach a new generation of potential customers.

“If you capture an audience at that young age, they are going to grow with your brand,” he said. “That emotional attachment can stay with them for the rest of their life, that’s how you build enormous brand loyalty.”

Designed by Marisfrolg creative director Zhu Chongyun — and bearing the designer’s name — the spring collection was inspired by the concept of contemplative wanderings in nature and referenced a traditional Chinese ideal of femininity — where inner beauty is highlighted rather than overpowered by fashion, but presented with a modern twist. Asymmetry was a theme throughout, with layers and draping causing the lightweight fabrics to billow with movement.

A muted palette further emphasized the connection with nature, in direct contrast to the urban jungle of China’s financial capital, waiting just beyond the tent doors.