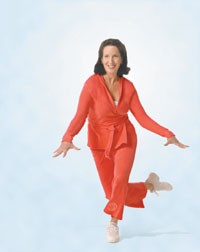 Mohlere had been vice president of women’s and girl’s swimwear at Warnaco Swimwear. Beach Patrol makes swimwear under brands that include Jag, Baja Blue, Esprit Beach and Split. Some of Mohlere’s responsibilities at Warnaco have been taken over by Laurie Etheridge, who was named vice president of women’s merchandising at Speedo North America, a division of Warnaco. Etheridge spent 10 years at Levi Strauss & Co., most recently as director of merchandising for Levi’s juniors division.

Maillot, which has sales of about $100 million, has also acquired the license for the S by Shan brand, a line lower in price than the core Shan offerings. Maillot president and chief executive officer François Demers declined to reveal how much of a stake Maillot has acquired, but said it is a “significant development” for his company, which is best known for midtier swim brands such as Body I.D. and Baltex.

BURTON REVS UP: Ducati is hitting the slopes. Burton Snowboards has signed a deal with the Italian motorcycle company to produce a line of snowboards and matching bindings for this winter season, hitting stores in November. Terms of the deal were not disclosed.

Burton also said it has signed a deal to sponsor the Chinese national snowboard team, and has launched a Web site at series13.com where shoppers can custom-design their own snowboards

“This collection can be worn before, during and after many types of physical activity,” she said. “Not everyone can fit into hard-body gym clothes.”

Fabrics include cotton and spandex blends, and styles have additional sizes and are designed to add comfort around the stomach and hips without appearing too baggy, she noted. The line comes in bold, bright colors such as red, orange and green. The initial collection includes about 20 items and will hit stores in February. Retail prices range from about $24 to $50, and Gibbs said the company is targeting midtier department stores for the initial rollout. She declined to give a sales projection for the line.