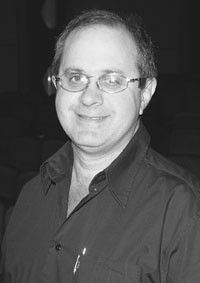 Izzy Ezrailson, Up Against The Wall

Up Against The Wall president Izzy Ezrailson challenged the idea of just what exactly is an urban retailer.

“Maybe there isn’t such a thing,” Ezrailson said. “Maybe it should be called metro — wider in influence than urban but not suburban.”

The veteran executive who oversees 22 stores from the chain’s headquarters in Washington, D.C., acknowledged that Up Against The Wall is based on a city lifestyle, but said it has more relevance now than ever in Middle America, even if price points are high.

“We’re like the Barneys of Long Beach,” he said. But Ezrailson stopped short of announcing expansion plans in suburbia, commenting, “The missing link is distribution. America is a broad place and very hard to reach customers through distribution channels.”

Ezrailson touted customer and employee feedback, saying both were integral to his success. Aside from answering e-mails personally, stores have systems in place to record and chart customer comments and when and where they occurred.

Feedback has put the issue of larger sizes on the front burner. While urban brands tend to accommodate larger men, they favor thin women.

“We haven’t properly addressed it yet,” Ezrailson conceded. “The size element is a huge thing. We have no rules at all. The only rule we have is being current with our customer.”
— Kristin Young

The New York-based Yak Pak is a manufacturer of bags and accessories for such brands as Dickies, Levi’s and MTV. Schachtel, senior vice president of the firm, shared some pointers on how to successfully grow a brand.

Tapping into the psyche of the fickle, mercurial teen is the Holy Grail in marketing. Disend, president of Redscout, a strategic consulting firm, outlined “8 Simple Rules to Connect with Teen Tribes (in Their Own Words)”:

As an attorney in the intellectual property department of Gardner Carton & Douglas LLC, Tina Kourasis is the founder of the firm’s fashion law practice. Representing a wide range of clients, she has negotiated deals with distributors and manufacturers, and has successfully challenged counterfeiters and infringers in courts around the U.S. Here, Kourasis highlights the right ways to consider a licensing partner.

Why Is a License Worth It?

Overall aspects of a strong licensing program include: keeping control through consistency in brand image, developing appropriate distribution channels and having an exit strategy. Each party should also have goals: For the licensor, it’s to maintain brand integrity; for the licensee, it’s to recoup investment. In addition, each side needs to agree on timing and anticipate public relations problems with celebrities.
— J.G.

The Huntington Beach, Calif.-based surfwear brand has partnered with MTV for a Surf Girls series reaching 55 million viewers worldwide; Boost Mobile and Nextel for a Roxy phone and an upcoming Quiksilver phone; Sony for an underwater camera, and artists to produce limited-edition T-shirts for high-end stores like Fred Segal in Los Angeles.

The company even considered a mattress company that recently approached the brand for a tie-in.

“Sure we could have made money, but it wasn’t on our list of top five corporate partners,” he said. “We’ve been around for 30 years and we’re a really big fish in a medium-size pond. Short-term growth is pretty easy. But we’re trying to be really smart about our highly fickle and critical customer, and remain relevant and fashionable for the long term.”

But Quiksilver’s goal goes beyond the customer and the company, said Jacobson. Quiksilver sees itself as a “benevolent market leader,” responsible for growing the surf lifestyle and the action sports industry.
— N.S.M.

When deciding on location, the key is to learn the subtleties of a neighborhood, take the subway and learn pedestrian traffic flow.

“Having a retail showroom [in New York] sends a message with so much more value. It gets you worldwide attention and moves you beyond the confines of a department store,” said Jeffrey D. Roseman, executive vice president and principal, who, along with Benjamin Fox, executive vice president and principal, listed these top neighborhoods and streets to watch: