Smart & Final is rolling out a new application that allows suppliers to view in real time sell-through information about their own product lines. The data, drawn from point-of-sale systems, is accessible over the Internet and can be sorted by... 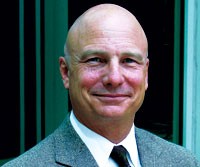 Smart & Final is rolling out a new application that allows suppliers to view in real time sell-through information about their own product lines. The data, drawn from point-of-sale systems, is accessible over the Internet and can be sorted by individual stockkeeping unit, by individual store or by clusters of stores and products. Smart & Final determines what information each supplier may access.

The solution, which has been piloted for about a year and is this month being rolled out to a “handful” of suppliers, is credited with reducing, and in at least one case eliminating, out-of-stocks and boosting sales by 30 percent. The application, called AfterBOT, will soon be offered to a much wider number of suppliers, Smart & Final executives said.

The application also all but eliminates battles over credit card and other reconciliation disputes through an electronic digital receipt function implemented earlier and using the same system, said Zeke Duge, senior vice president, chief information officer, and Robert Graham, vice president, stores technology, for the Commerce, Calif.-based chain. Smart & Final operates 231 nonmembership warehouse-style stores in six Western states and in Mexico and had annual revenues of $1.7 billion in 2003, the latest full year for which information was available.

During pilot testing with at least one bulk ice provider, as an example, the solution was credited with hefty cost reductions for the supplier as a result of more efficient delivery routing and other productivity enhancements due to quick knowledge of in-stock levels and selling patterns in individual stores. Smart & Final, on the other hand, realized a 30 percent hike in ice sales, without a single out-of-stock situation during the test period. Similar results were reported with a large beverage company also taking part in the pilot.

Combating out-of-stocks remains one of the biggest and most costly problems in retail and has been the focus of enormous efforts for well over a decade. By enabling suppliers to gain instant access to real-time POS sales data via an Internet portal, retailers and manufacturers stand to gain considerable benefits. While first being rolled out at Smart & Final, a retailer that serves business, government and traditional shoppers, the application has potential for all retailing formats where out-of-stocks are a major concern.

While reducing out-of-stocks is the most recent and perhaps biggest benefit of the application, the tool was initially developed to solve a different business problem: eliminating paper receipts and creating a computer–based system for responding rapidly to queries about past purchases, tax and nontax-exempt status of purchases and dispute resolutions. Those goals were achieved, and Smart & Final now has what could be termed a zero-tolerance policy with regard to dispute resolution.

“Many retailers, if the transaction is under $25, feel it’s not worth their time because of the effort to go back and pull the paper records. We’ll respond to any disputed transaction because we can pull up the transaction instantly and respond to the financial institution with the authorization code, the signature and a detailed receipt,” Graham said.

The solution also now allows Smart & Final customers to access their own data and check for details on past purchases, including tax-exempt status for business and government shoppers, thus enhancing customer service while reducing costs.

While the AfterBOT application was what might be called the final piece of the puzzle in enabling the original idea to become reality, several other technology systems were required to help make the process work. In addition, the entire infrastructure was built using ARTS standards throughout to ensure easy replication and expansion for potential future uses.

“Because this is all built on standards, other retailers can adopt this. But they may adopt it in a much different fashion. For instance, an electronics retailer may use the customer connection to allow the consumer to log in, register their product and gain additional coupons. While the infrastructure is very similar, it is a much different business process and solution. That is the beauty of standards,” Graham said.

Duge and Graham also pointed to a wide range of other hardware and software upgrades the company is now implementing.

AfterBot is the business intelligence solution that allows browsers to access the information Smart & Final deems appropriate for specific suppliers or customers. The solution, however, relies on a data repository application from Matra that pulls binary data from the POS systems and converts it to a standards-based format for communicating with other in-house systems, including AfterBOT. “Matra is quite elegant middleware that makes it a lot easier to take this POS data and put it into usable form,” Graham said.

Also crucial to leveraging the system, and part of the strategy for upgrading Smart & Final’s infrastructure even further are a commitment to new NCR point-of-sale systems running on embedded XP, new NCR payment terminals, completion this month of a chain-wide rollout of Hewlett-Packard servers and laptops, and upgrading all relevant systems to the latest version of both Microsoft XP Professional and Microsoft Office. Tibco, Teradata, SAS and ACI, among others, also play a role in the retailer’s operations and aggressive move to a more information-driven environment.

The challenge and opportunity is preparing “everyone to really exploit these new computing environments. We have all this information. These new platforms allow folks to get their hands around the information and make business decisions,” Graham said.