Smith Returns to His Rock ’n’ Roll Roots With London

NEW YORK — While many scents claim lofty, idealized notions as fragrance inspirations, designer Paul Smith had a more down-to-earth influence for his latest masterbrand: the electric vibe of London’s music scene in the late Sixties.... 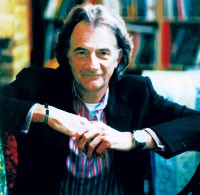 NEW YORK — While many scents claim lofty, idealized notions as fragrance inspirations, designer Paul Smith had a more down-to-earth influence for his latest masterbrand: the electric vibe of London’s music scene in the late Sixties.

The fiftysomething Smith, who recently presented his newest fragrance masterbrand, Paul Smith London, in his SoHo showroom here, spent countless hours traveling from his home in Nottingham to London’s music clubs in his teenage years.

“I became friends with David Bowie, Mick Jagger, Eric Clapton. And I smelled a lot of patchouli and sandalwood,” he said, noting that, during this time, he met artist Pauline Denyer, co-owner of the business, whom he married in 2000. “I used London in the name because of that time in my life, and the notes that evoke that period. There was a lovely electricity in London at that time. As a result, I think that these two new fragrances are braver and more confident [than earlier ones have been]. Eventually, if you want to keep moving forward, you have to be more confrontational.”

Of course, it’s something of a fluke that Sir Paul — who was knighted in 2000 —?ended up in fashion at all. His empire,?of which he remains chairman and chief designer, began in 1970 with a tiny shop in Nottingham, and he’s the first to admit that he literally fell into the business. His first career aspiration was to become a professional cyclist, although that dream came to an abrupt end after an accident in the mid-Sixties that resulted in a six-month hospital stay. After recovering, Smith became friendly with a group of local art students and began working at a local boutique. After opening his own shop, Smith began taking tailoring classes and in 1976 presented his first ready-to-wear men’s wear collection in Paris.

Smith is at the helm of a business that is said to produce revenues of more than $137 million in the U.K. and about $456 million at retail globally, including both Smith-owned and Smith-licensed products. His domain includes 12 different collections, including men’s wear, women’s wear, accessories, shoes, watches and, of course, fragrance, with Smith’s merchandise wholesaled to 35 countries. As well, Smith now has 14 shops in England, as well as locations in New York, Paris, Milan, Tokyo and a lineup of other major cities — and a fan base that Smith says includes Daniel Day-Lewis, Mick Jagger and the members of Coldplay, among others.

Despite his considerable success in apparel, for years Smith kept out of the fragrance fray. “Once you’re on the fragrance treadmill, you have to keep launching things,” he said with a rueful smile. “About 10 or 12 years ago, lots of companies started approaching us about doing fragrance. They’d tell me what I should do. But, then and now, Paul Smith Ltd. is privately held, and we didn’t need to do a fragrance for money.”

Philippe Benacin, chairman and chief executive officer of Inter Parfums, changed Smith’s mind in the late Nineties. “He was wearing Paul Smith [men’s wear] when I met him — and it was from the season before, so I knew he wasn’t a bull—–er,” he said with a laugh, adding that working with a company that had a passion for his business was of key importance. “I wanted a fragrance that would last — I didn’t want to be one of the numerous ones that would fail,” he said.

The first fragrances to come of that venture, the eponymous Paul Smith Men and Paul Smith Women, launched in 2000. “They were really frightening to do,” Smith admitted. “Imagine 20 people in white coats, sitting around — they started talking about top notes, base notes, heart notes — I didn’t speak their language.” A second masterbrand, Paul Smith Extreme, launched in Europe in 2002 and in the U.S. during the spring of 2003. With his second and third masterbrands, Smith noted that the development process was “a lot quicker — I started to understand the perfumer’s language.”

The Paul Smith London men’s scent, by Firmenich, is built around a vetiver heart. It has top notes of green mandarin, violet flowers and leaves, mint, jasmine and lavender, and a drydown of vintage brandy, Australian sandalwood, tonka beans and amber.

The women’s fragrance, by Givaudan, has patchouli at its center. Top notes are of lime, neroli, lilac leaf, jasmine, heliotrope, aniseed, vanilla and fresh seringa, and the drydown is of amber and green woods.

Packaging, like Smith’s apparel, contains a surprise element. “I’ve never tried to do design that’s attention-seeking on the outside — the surprises are all on the inside,” he said, flipping the classic-looking tie of Nicholas Munafo, senior vice president of marketing, training and public relations for Cosmopolitan Cosmetics, to reveal a bold rose-printed interior.

In the U.S., the Paul Smith London scents will be launched in August as an exclusive to Neiman Marcus stores. They will remain exclusive to that chain until some time next year, said Don Loftus, president and ceo of Cosmopolitan Cosmetics U.S. Inc., whose firm distributes the designer’s scents here. Loftus sees a bright future for the two newest Paul Smith fragrances, but emphasized that their American rollout will be carefully controlled. “I don’t see them in more than 400 doors in the U.S., and getting to that point will likely take about three years,” said Loftus. Globally, the fragrances will be available in Paul Smith stores, as well as Selfridges in London, Sephora in France and a number of Italian perfumeries.

While none of the executives would comment on projected sales, industry sources estimated that the new masterbrand would do about $5 million at retail in the U.S. in its first year on counter. National advertising is not planned, although the masterbrand will be showcased in Neiman Marcus’s promotional vehicles, including its catalogues.