2004 RECAP: After three years as the only women’s shopping magazine, Lucky finally got some competition in the form of Hearst’s Shop Etc. Vitals, another consumer guide, also said it would alternate between... 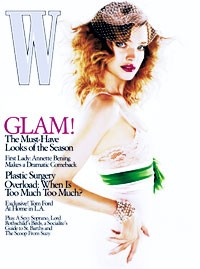 2004 RECAP: After three years as the only women’s shopping magazine, Lucky finally got some competition in the form of Hearst’s Shop Etc. Vitals, another consumer guide, also said it would alternate between men’s and women’s issues. The influence of the magalogues now shows up everywhere from the celebrity weeklies to the shelter books to New York magazine’s new Strategist section. “Lots of magazines have tweaked their editorial to benefit from what was obviously working really well,” said Jane publisher Eva Dillon.

2005 OUTLOOK: As the shopping titles grow more established — Lucky recently upped its rate base to 1 million — everyone will be watching to see whether they steal market share from existing titles. “When there are more magazines and they’re getting business, they’re taking it away from somebody,” said In Style publisher Lynette Harrison.

SUCCESSES: Harper’s Bazaar bounced back, increasing ad pages 24.2 percent through October, to 1,231.1, according to Media Industry Newsletter. Meanwhile, Vogue and W both published their fattest September issues ever. The prize for fastest turnaround, however, goes to Glamour, which was off 8.2 percent in pages versus 2003 when Bill Wackermann replaced Suzanne Grimes as publisher in mid-year. Glamour closed 2004 up 7 percent with 1,649.2 pages.

CHALLENGES: Marie Claire should be wringing big page gains out of its 10th anniversary celebration. Instead, it’s off 7 percent (with 1,219.1 pages through October, per MIN) at a time when most of its competitors are up. It will be up to new publisher Susan Plagemann to change that. Jane is also off so far this year (with 661.4 pages, down 8.3 percent), but is hoping a September redesign will help.

2004 RECAP: The teen category continues to feel the after-effects from the overexpansion of a few years ago. “It’s a bit unfortunate that the category maybe overserved itself, offered consumers more than enough choices,” said Teen People publisher Jack Rotherham. No one felt it more keenly than YM. Despite a last-ditch effort to reposition the title, Gruner + Jahr was forced to unload it in a fire sale to Condé Nast, which will absorb its subscribers into Teen Vogue.

2005 OUTLOOK: By cranking its rate base up to 850,000, Teen Vogue hopes to put the kibosh on Elle Girl, now the smallest title in the category by far. The question is whether Teen Vogue’s focus on high-end fashion will play to a wider audience.

SUCCESSES: Having grown organically to a rate base of 1.25 million, Cosmogirl occupies a comfortable middle ground that is the envy of both the mass and niche titles. One concern: Cosmogirl’s newsstand, which makes up a third of its circulation, was down 10.5 percent in the first half.

CHALLENGES: It’s still far from clear that Atoosa Rubenstein, whose vision was so perfect for Cosmogirl, has figured out how to make Hearst’s $182 million gamble on Seventeen pay off. Ad pages are down 15.3 percent through October, to 818.

2004 RECAP: Nowhere has there been more activity this year than in the men’s market. “There’s been an explosion of new titles into the category,” said Details publisher Chris Mitchell, referring to shopping titles Cargo, Sync and Vitals, Men’s Health spinoff Best Life and indie entertainment title Giant. The last time the category absorbed this many entries was after Maxim touched off the lad mag boom in 1997.

2005 OUTLOOK: The danger here is obvious: overcrowding. “I believe there’s going to be a shakeout,” said Playboy publisher Diane Silberstein. “There’s only so big an audience of men who read magazines.”

“A lot of marketers are finding themselves challenged by that because budgets aren’t growing as fast as the number of titles,” agreed Mitchell.

SUCCESSES: With all attention on the younger end of the market, Esquire and Men’s Health have quietly been gaining in both ad pages and newsstand sales by focusing on a more mature audience. Men’s Journal also saw a newsstand uptick, although its ad pages are down 1.4 percent through October, according to MIN.

CHALLENGES: The lad magazines have lost the aura of invincibility they had as recently as last year. Stuff, which is losing money and recently repositioned itself with a focus on products, is seen as especially vulnerable. GQ could also be in for trouble: While newsstand sales are up, it remains to be seen if its dramatically younger feel will alienate readers over 30.

2004 RECAP: It’s been building for a while, but 2004 was the year when the shelter sector took off. Elle Décor and Metropolitan Home both increased their frequency to 10 times a year; Time Inc. launched Cottage Living and In Style added two more issues of its home supplement. Shop Etc. also devotes a large part of its content to decorating.

2005 OUTLOOK: Shelter will get even more crowded next year as Condé Nast introduces Domino, a home furnishings title based on Lucky.

SUCCESSES: Hearst sold more than 800,000 copies of Oprah magazine spinoff O at Home. The company says it will publish on the same schedule in 2005, but don’t be surprised to see a frequency increase.

CHALLENGES: Younger, hipper shelter magazines appear to be crowding out older titles. House & Garden and House Beautiful are both down in pages. “I think there’s more new books than there are increased ad dollars,” said Met Home publisher Anne Triece.

2004 RECAP: In the celebrity wars, everybody’s winning — at least for now. People, Us Weekly, Star and In Touch have all been posting big newsstand gains.

2005 OUTLOOK: But how long can it last? Segments that go boom this fast usually go bust sooner or later. “Us, Star and In Touch are all very much vying for the same position,” claimed People publisher Paul Caine (naturally).

SUCCESSES: There’s plenty of success to go around. But Bauer Publishing’s In Touch is growing at a particularly notable rate — up 77.4 percent in total circulation in the first half of the year, to more than 750,000. And unlike its competitors, Bauer does everything on the cheap.

CHALLENGES: Star faces the biggest test: that of convincing midmarket advertisers that it’s no longer a seedy tabloid. They’re still skeptical. The magazine has had more success wooing readers: Subscriptions have more than doubled since the start of the year, to 380,000.